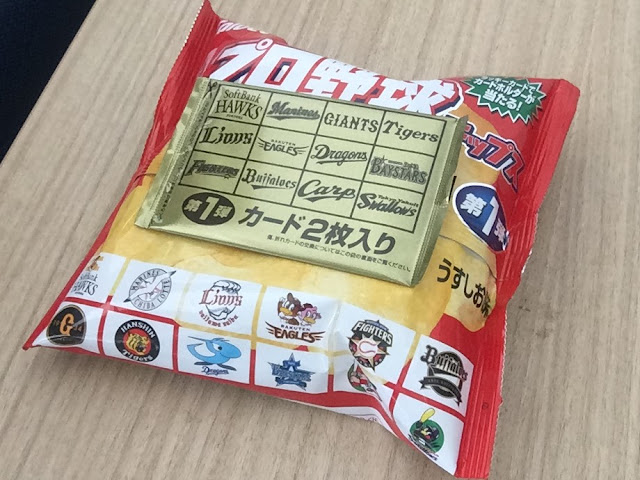 Series 1 of the 2021 Calbee set is out in stores this week.  It wouldn't feel like the start of spring without them.

This year there is exciting news about the new Calbee set.

Ha!  Just kidding, its the exact same schlock they've been putting out every year for decades without anything but minor cosmetic changes here and there.  Which I admire them for.

This bag containing two cards and a bunch of chips that I don't like set me back 88 Yen (like 80 cents US or so).  Lets see what I got. 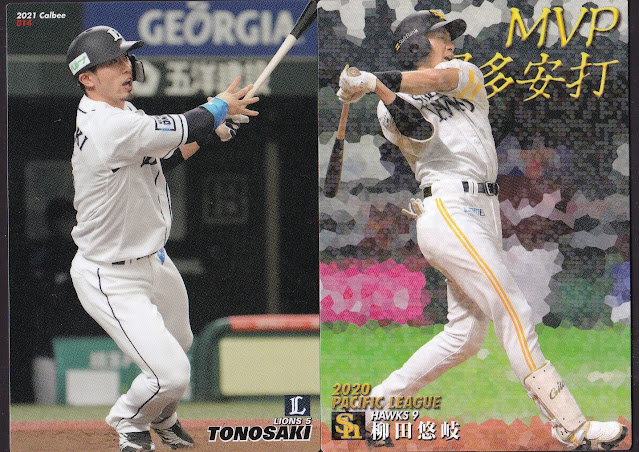 Lions second baseman  Shuuta Tonosaki's regular card and an MVP card of Hawks slugger Yuki Yanagita from the Title Holder subset (which I had to glean from Calbee's website since the card itself doesn't actually say it is from a subset called "Title Holder").   Not bad I guess. 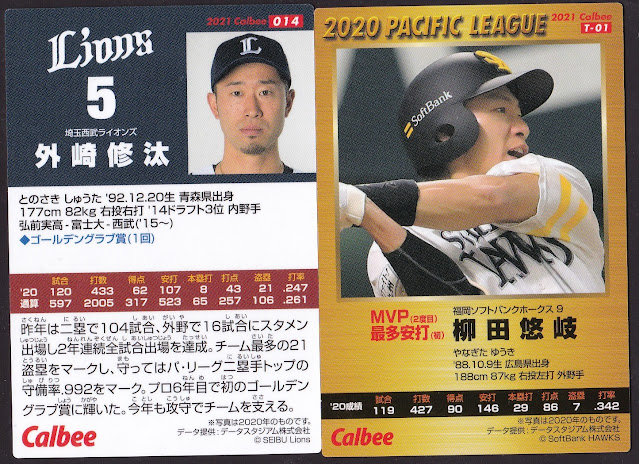 The cards are pretty standard in design.  They went with Roman letters for the player names on the front of the regular cards instead of kanji, which is about the only thing they seem to vary much from year to year anymore.  Backs of the cards are about the same as usual too.

Judging from the photos on the two cards I got, I predict that sometime in the next month or so I'll buy the whole regular set off one of the case breakers on Yahoo Auctions solely for the purpose of writing a post complaining about the mundane photography here.  Its become an annual tradition for me.

On a side note, I've been posting a bit less than usual this month, work has been extremely busy so has been keeping me away from it, a situation that will likely last into April but I'll try to do a post whenever I can squeeze in a bit of time.