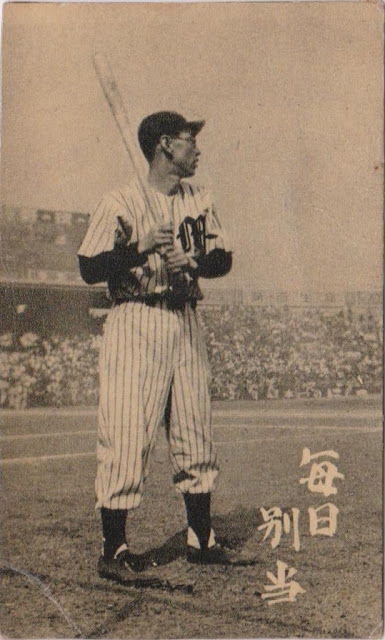 A little pile of old menko I picked up recently unexpectedly turned up this treasure: a new Kaoru Betto card!  By "new" I mean uncatalogued and thus until now unknown to the hobby.

Betto is a pretty big Hall of Famer who I did a small write up about a couple of months ago, so I won't say much more about him in this post.

The set this card is a part of is catalogued in Engel as JCM 132.  He lists it as R5, meaning fewer than 5 copies of each card are known and its one of the few sets that they haven't got enough cards of to actually provide even a partial checklist for, so with this find I can contribute the fact that Kaoru Betto has a card in the set and this is what it looks like.

The set is one of the "animal back" type issued in 1957 which are among the hardest of the tobacco era menko sets to find.  The name comes from the back, which looks like this: 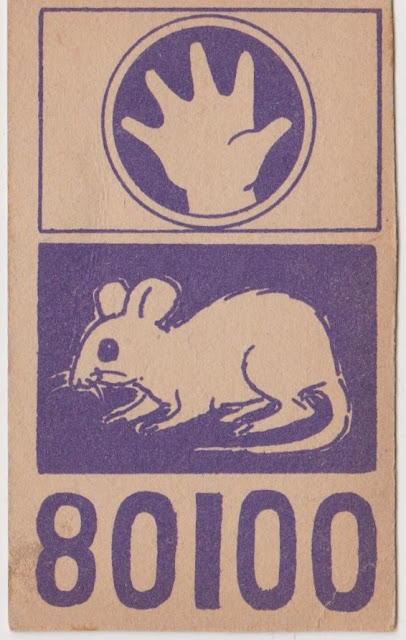 I love the photo used on this card, its a magnificent shot of Betto with the stands packed full of people creating a perfect backdrop.  The resolution is quite good for a 1950s menko card, which is one of the benefits of the black and white ones over the colorized ones!