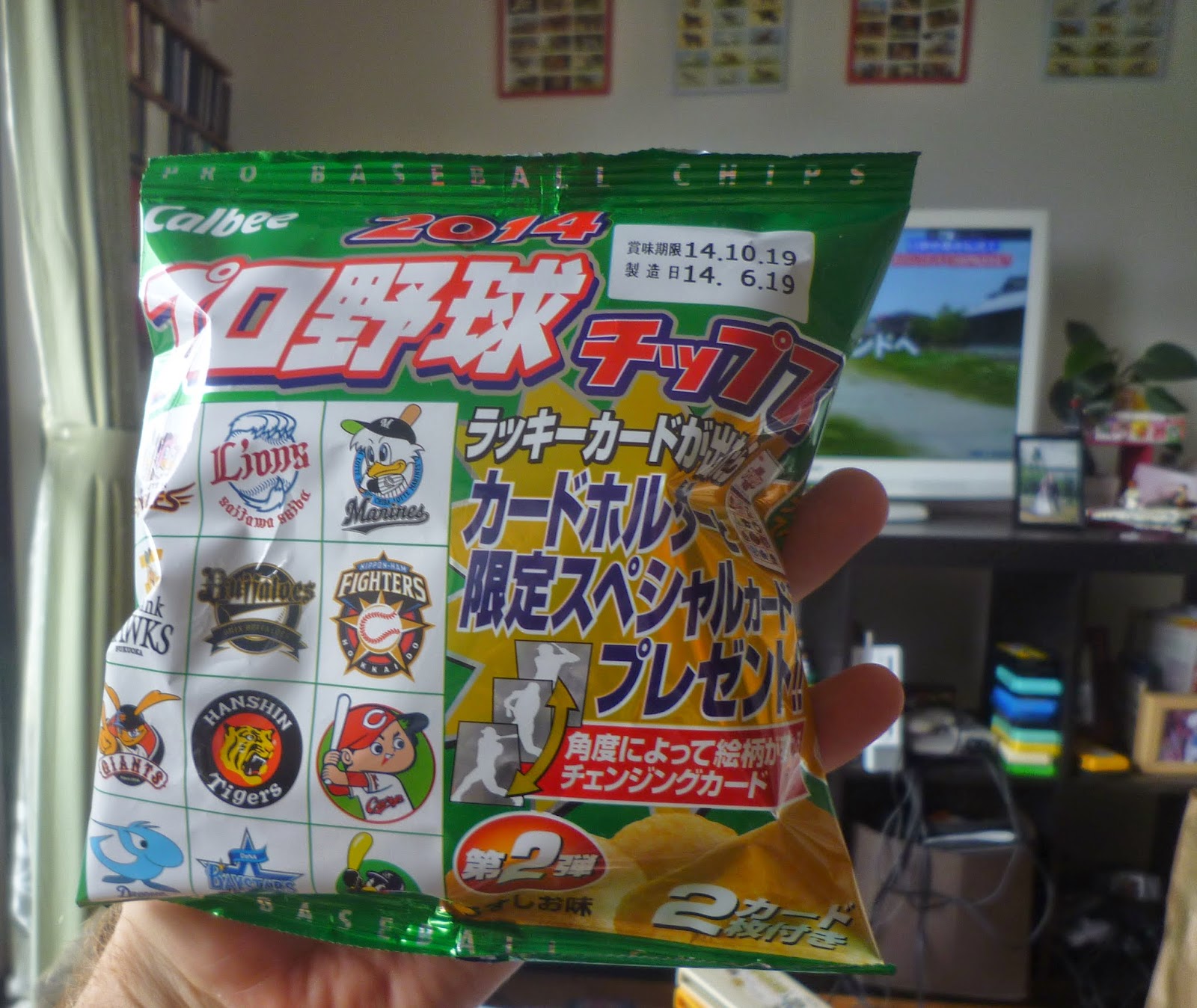 This week shops across Nagoya finally started to stock series 2 bags of Calbee yakyu chips.  They were released officially last month but most stores seem to prefer to burn through their stock of series 1 bags before they put series 2 out (and some still don`t stock them at all).  I found my first bag at a convenience store on Thursday and yesterday I picked up the above bag, my second, at a Max Value grocery store.

I got two regular cards, Tanaka of the Swallows and Ohtani of the Fighters.  Not the most exciting pulls but they both have the advantage of being cards that I need! 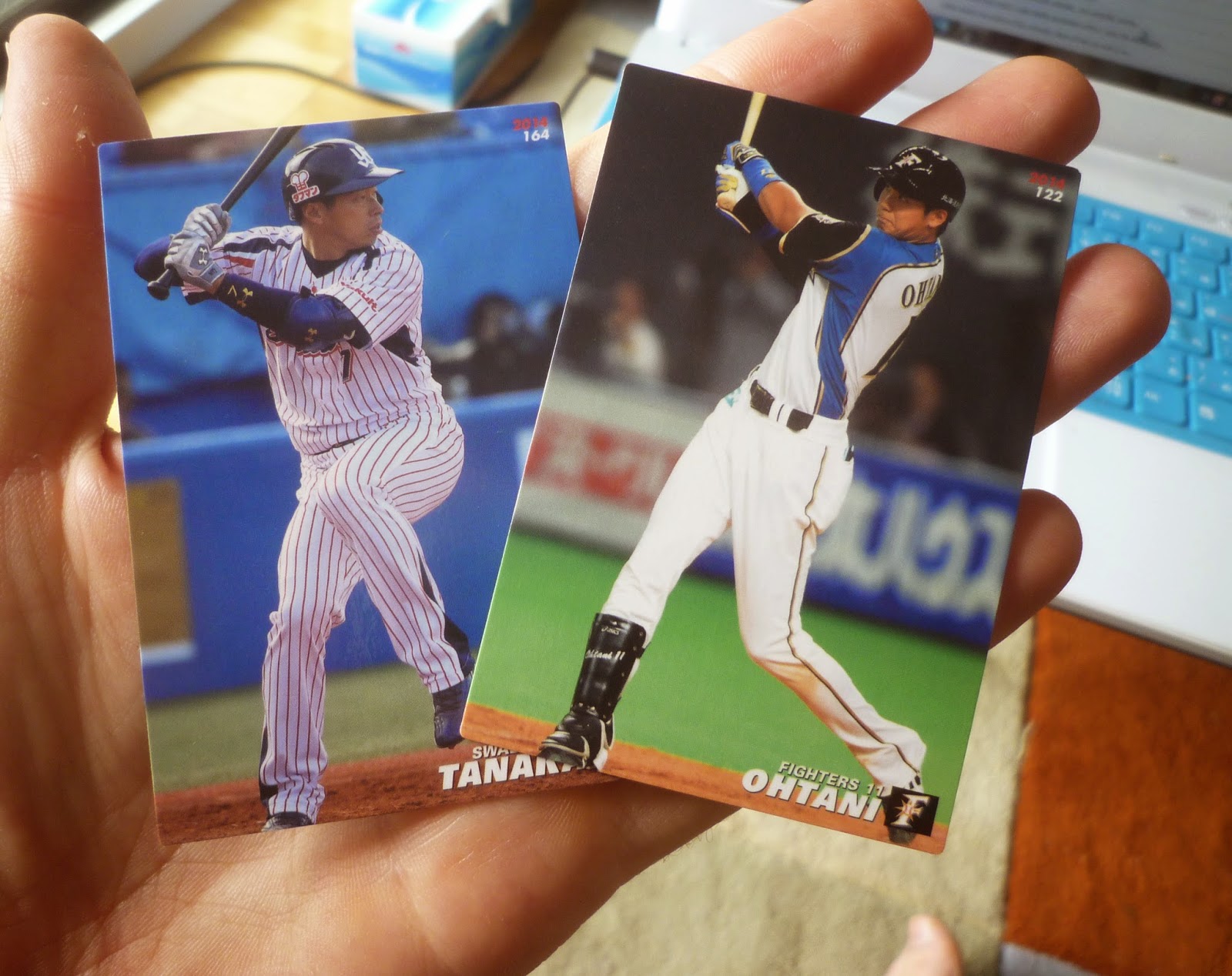 I like the green colored bags they are using for series 2, the white bags they used in series 1 weren`t quite as appealing (and I think it might have been the first time they had done that, Calbee bags are almost always either green, red or orange for some reason).

They have the same lucky card promotion in Series 2.  I opened a ton of packs of series 1 and did not pull a single lucky card so they seem to be pretty hard to find, I`m hoping that I have better luck with series 2.  If you send one in they will send you a card holder (yawn) and two special cards (want).  According to the bag the special cards are some sort of hologram that changes as you alter the angle at which you are looking at it.  This is another thing I like about Calbee - this is the sort of thing that would have been really neat back in about 1990 when hologram cards were a novelty that needed detailed explanation that takes up half the cover of your product, but in 2014 it just seems kind of quaint. 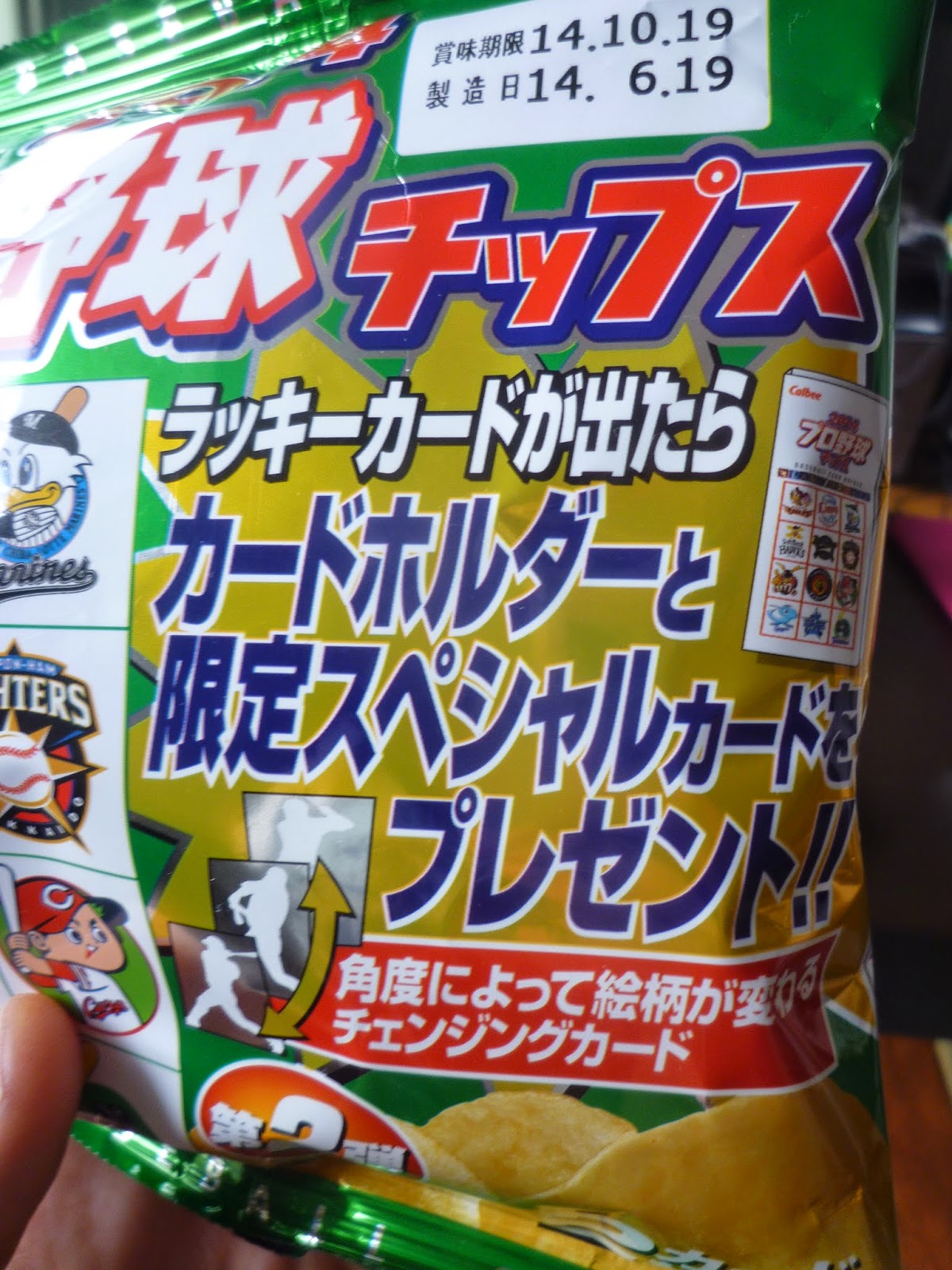 According to the back of the bag, the series 2 Special cards are of Sho Nakata of Nippon Ham and Shinnosuke Abe from Kyoujin.  Neither are players that I particularly like but I do hope I get one of these lucky cards this series!
Posted by Sean at 6:22 PM