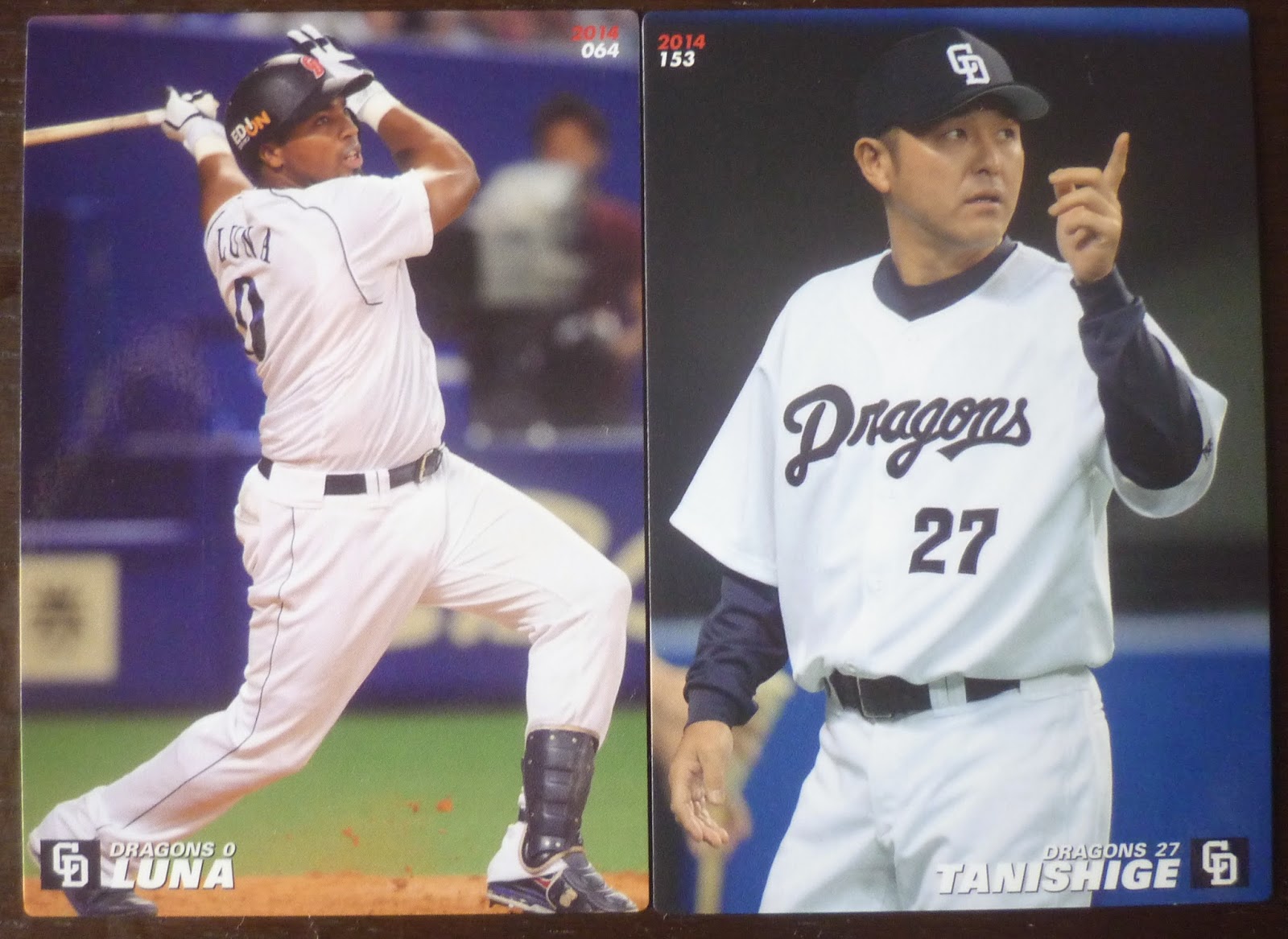 The all star game weekend is here.  Yay.  I watched 8 innings of the Central league beating the tar out of the Pacific League last night.  Then I was surprised to discover that even for the All Star Game the Metere TV network sticks to its rigid requirement that all baseball games games must end at exactly 8:53PM in order to make way for the putrid garbage that they have scheduled to begin at 9PM (with a lovely 7 minute commercial break in between the two), which mostly consists of a random gaggle of talentos eating food provided by various sponsors and saying `oishiii` a lot.


If you think American TV is bad, Japanese TV is a million times worse.

Anyway, I have another gripe to make in this post.  In the photo at the top of this post are the 2014 Calbee cards of two players.  These are two extremely different players.

One of them is the Central league`s top batter, hitting .339, and is also among the top ten in home runs and RBIs.  Not sure what his WAR is but its probably pretty high.  He could concievably end up with a triple-crown type season.  He is far and away the best player on the Dragons and arguably the most feared batter in the Central League.

The other player is hitting a paltry .170 and, by any reasonable interpretation, has no business playing as a starter on even a minor league team.  His low batting average is not compensated by home runs as he hasn`t hit a single one all season.  He strikes out a lot and having him play is a bit like having pitchers taking up two spots in the lineup.  He is coming off a season in which he hit .216 and should have retired as a player a couple of years ago.

One of these guys is playing in the All Star game while the other is not.  Guess which?

If you chose the latter, Motonobu Tanishige, then you are correct.  Hector Luna, the league`s leading hitter, is taking the weekend off.

This just makes me mad.  I appreciate that the two play different positions (third base and catcher) so it isn`t that Tanishige was chosen over Luna.  I also appreciate that All Star ballotting is often about sentimental choices rather than actual performance (clearly the case here) but still, this is ridiculous.

Robert Whiting in his book You Gotta Have Wa has a bit devoted to legendarily unjust cases of foreign players getting snubbed from the All Star game and I think Hector Luna is another name that needs to get added to that list.  Living in Nagoya I`ve been watching the Dragons play almost everyday and the one consistent thing that can be said is that Luna has been their best player (although Oshima, Wada and Morino are also having good seasons) while Tanishige has just been by far the worst player on the team.  And yet it is the latter who is representing the Dragons in the All Star game.  This just makes me mad.  And, having a blog, I thought I should draw some attention to that fact.

Hector Luna: you deserve to be on this All Star team!