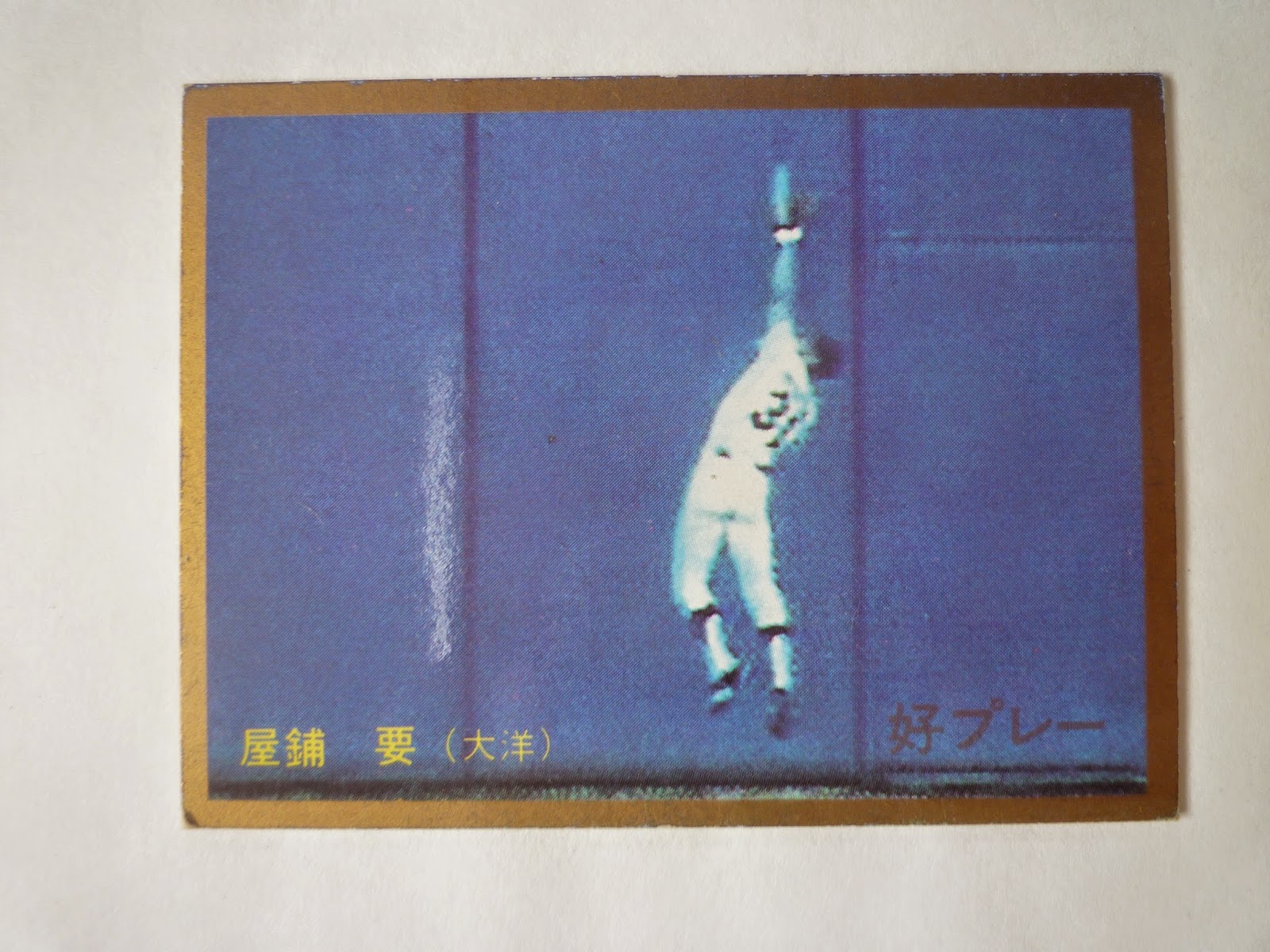 NPB Card Guy and I have been trading posts recently about 80s Calbee cards that used pictures of TV broadcasts on them.  Originally he noted that the Japanese Wikipedia article about Calbee had stated that the 1988 set had used them, but as he mentioned in his most recent post (linked above), the 1987 Calbee set seems to have some too.

On looking through my 1987s I found some that looked like contenders too.  The gold bordered cards featuring nice plays (like the one pictured at the top of this post) seem to have a lot of them.  This regular card of Nippon Ham`s Tsuno also seems a bit fishy (its pretty blurry) 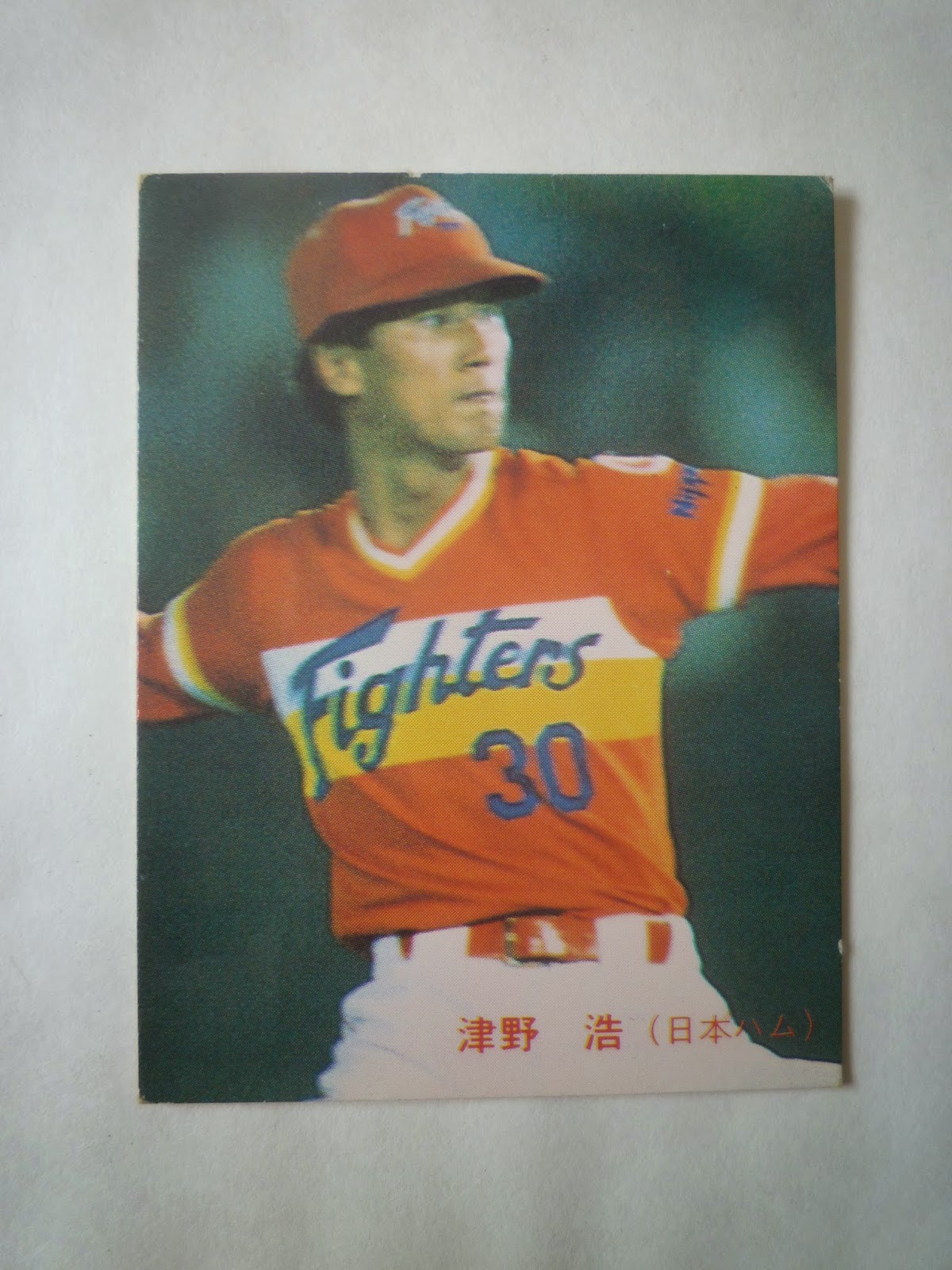 I find this laziness a bit of an odd anomily in Calbee history.  Even the early sets from the 1970s generally had great in action photography that put most contemporary American cards from the Topps sets to shame.  Even the 1987 and 1988 sets have a lot of great photography, like my favorite ever Warren Cromartie card (from the 87 set), and yet somehow these horrible looking pictures managed to find their way in. Go figure.  At least it makes for an interesting piece of card history! 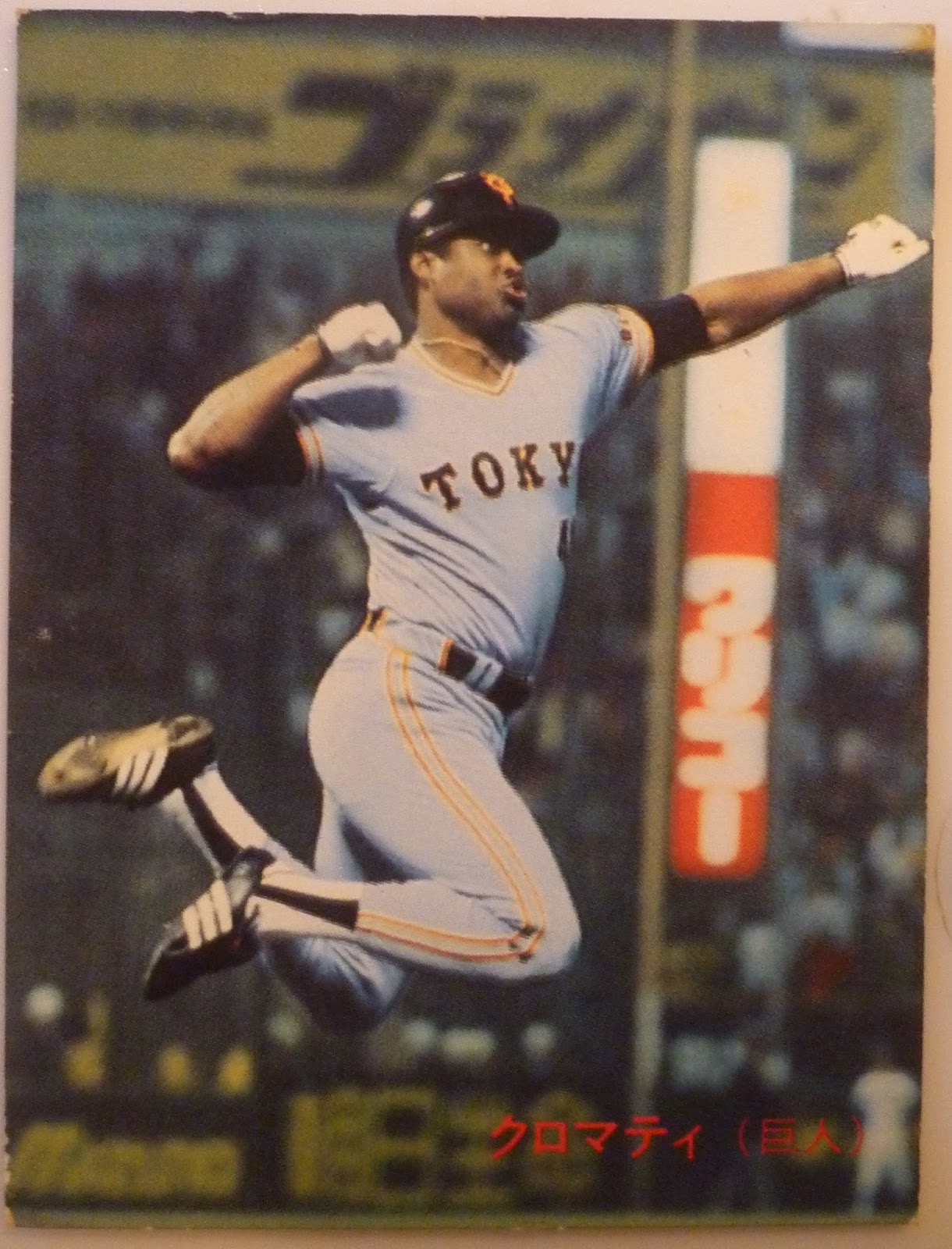