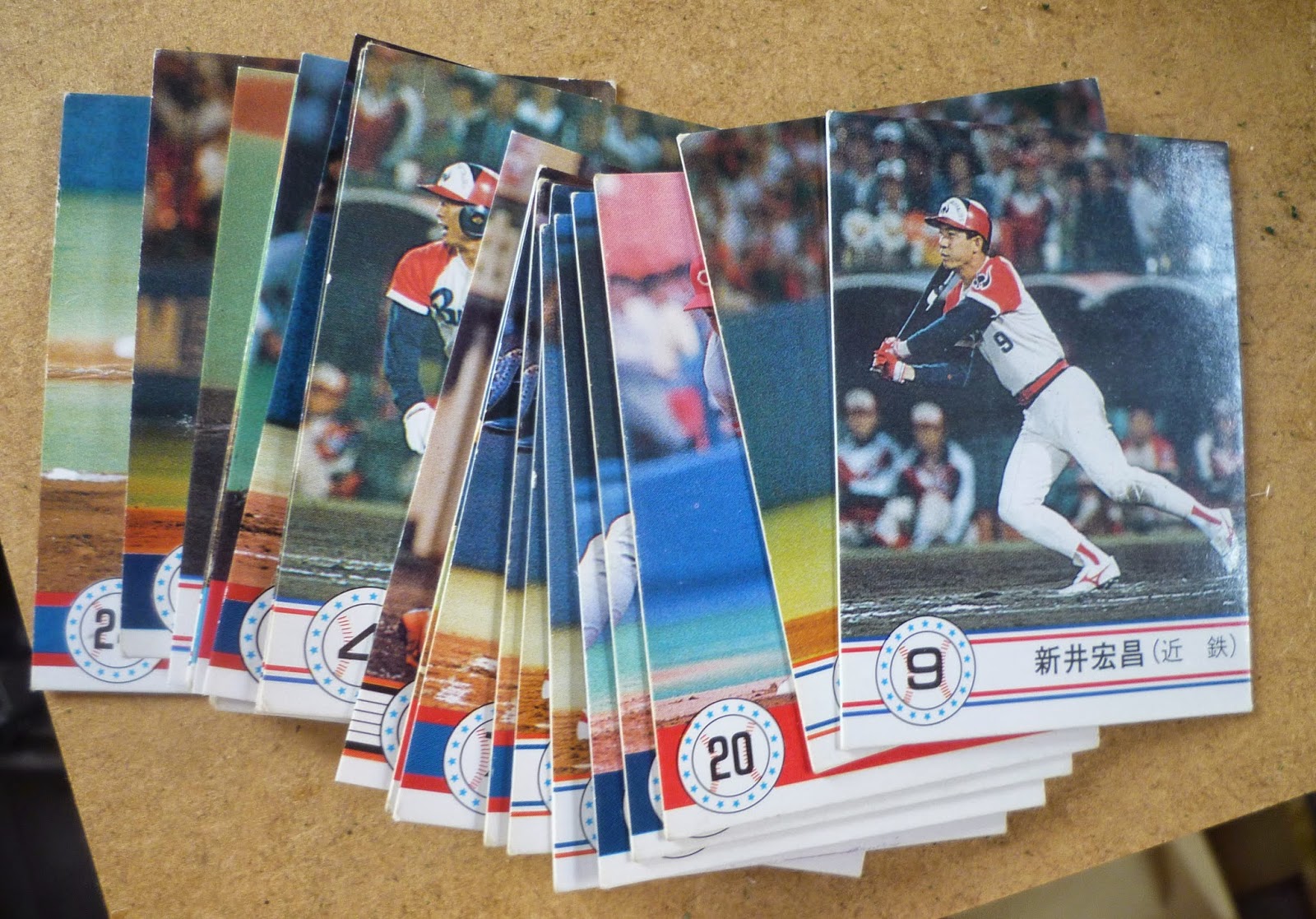 I already had a handful of them that I had picked up individually at varying points, so I have 20 cards towards the set (plus, unfortunately, a few doubles already). That doesn`t sound like a lot, but considering that the set only has 55 cards in total (correction - 217 cards in total, of which the first series of mini cards has only 55 cards, thanks NPB Guy!), I am already more than 1/3 of the way there. 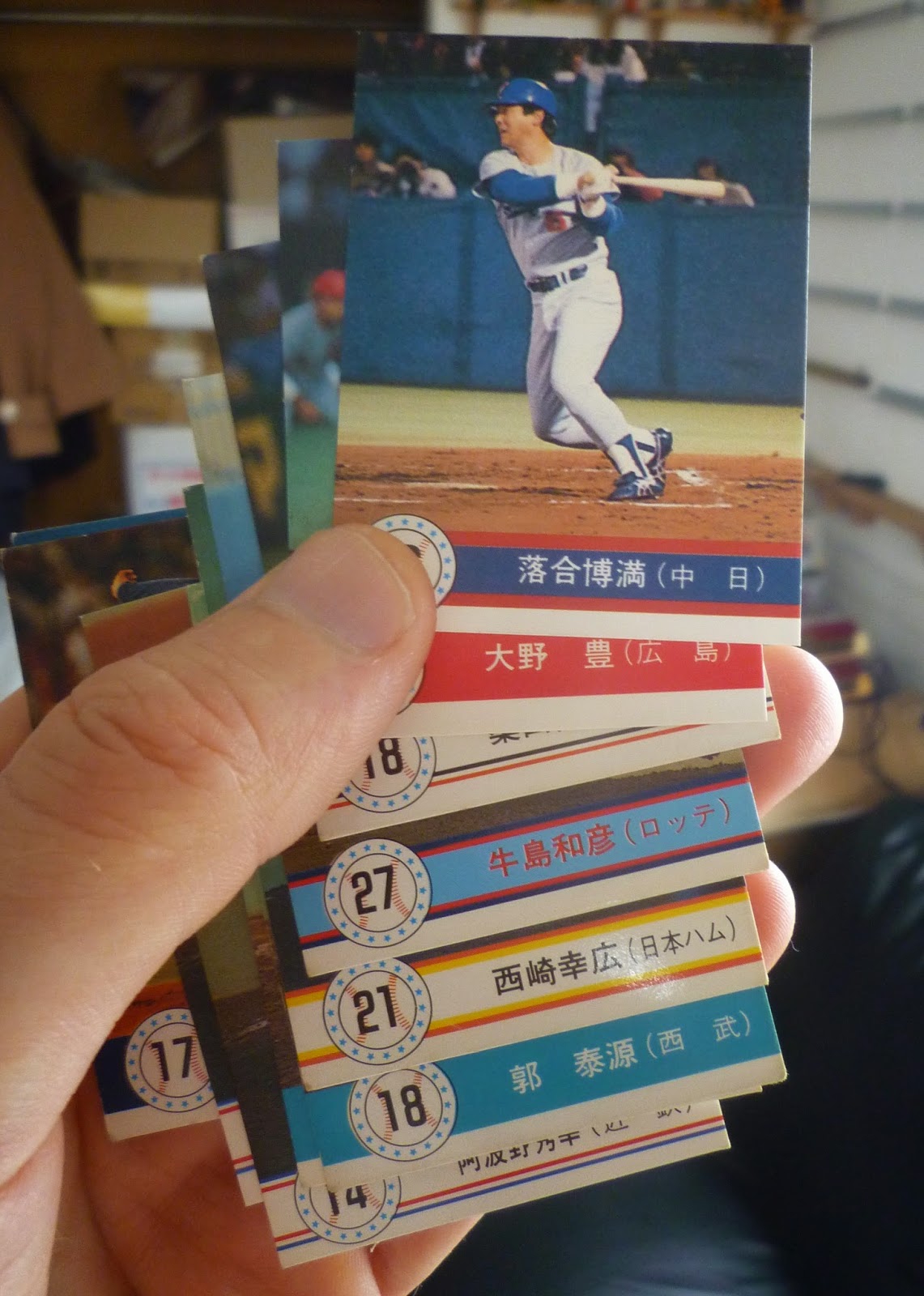 The 1990 set has sort of been in my crosshairs for a while.  The extremely small number of cards in the set - coupled with the lack of single prints - make it by far the easiest set of the mini sized card era to put together.

There are also a few interesting things that make it a unique set.  Except for some of the cards from the 1984 set its the only one from the 1981-1990 mini card era to actually have some design elements on it, with the boldly colored strip with the player and team name running along the bottom.  Whereas with most Calbees from the 1980s you have to check the backs to determine which year a card is from (and sometimes even then you won`t be sure), the 1990 set just screams out `1990!`

The fact that there are so few cards is also a bit of an intriguing mystery.  The 1989 Calbee set seems to be harder to find than most sets from the 1980s, which makes me think that sales were down that year.  Possibly Calbee decided as a result of that to cut down production for the 1990 set, which resulted in a much smaller set than usual.  Though there aren`t any short printed series in the 1990 set, singles are actually pretty hard to find, at any given time there are only a few available on Yahoo Auctions, usually for a high price.

Its kind of ironic, given that 1989 and 1990 were years in which overproduction of American cards was reaching its peak.  Also ironic given that 1991 would mark the introduciton of BBM and with it American style card sets. I wonder what made Calbee cards so unpopular in the 89-90 time frame.  Maybe the Giants weren`t doing well?

Anyway, I`m now in full 1990 Calbee collecting mode and hope to add some more cards to it soon - it might turn into a race between the 1990 and 1987 sets to see which one I can complete first.  As usual with vintage cards I`m not going for it in mint condition, most of the cards would be in vg-ex shape, with only a few in the exmt/nrmt range.
Posted by Sean at 3:31 AM