An Amazing Treasure Trove from the 1940s 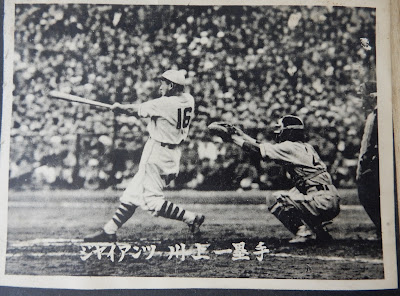 I had one of the most satisfying moments of my Japanese card collecting career the other day.  I came across a seller on Yahoo Auctions who had listed some cards from the early post-war era which were pasted onto black album pages.  The cards were fantastic - many with beautiful action photos of big name hall of famers, ranging in size from small Calbee sized cards (roughly the same size as 1950 Bowmans for American collector reference) to large postcard sized ones.  The album pages had been removed and were being auctioned one by one, each with between 4 and 6 cards on them.

They had a low starting bid and with one day left on the auctions when I found them, each already had one bid.  I put a bid on all of them for the minimum increment (10 yen) above the existing bid and immediately became the number one bidder.  I anticipated a bidding war would break out during the last hour or so of the auctions as they usually do for stuff like this and carefully calculated my max bid on each, depending on which cards they had and how they looked.  I then upped my max bids on all of them, hoping that the other person bidding on them wouldn't drive them up too much.

Then the weirdest and most magnificent thing ever happened.  The other bidder must have forgotten about them and nobody else noticed them, because they received no further bids and I won all of them for just 10 Yen (about 10 cents US) over the lowball starting bids. Hooray!

They came in the mail the other day and I was not disappointed with them actually in hand.  Check out these beautifes: 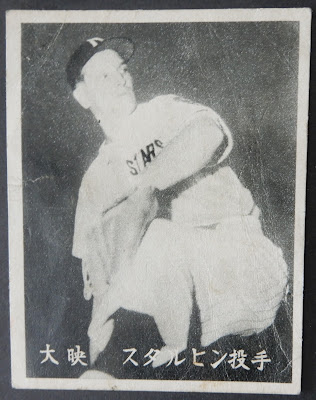 Hall of Famer Kaoru Betto taking a swing with the Hanshin Tigers (which would date this between 1948 and 1949): 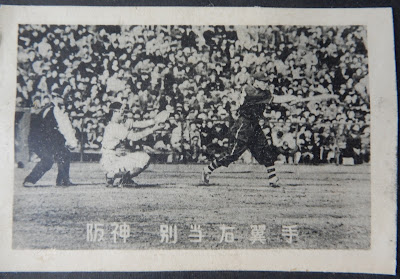 Hankyu Braves pitcher Rentaro Imanishi (not a Hall of Famer but I like the picture on this card): 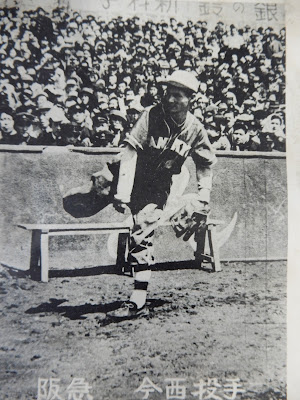 Takahiro Besho, another 300 game winner and Hall of Famer. This pictures him with Nankai, which would date it to no later than 1948: 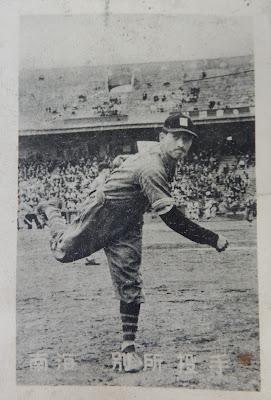 The "God of Batting" Testuharu Kawakami, who appears on several cards in the lot: 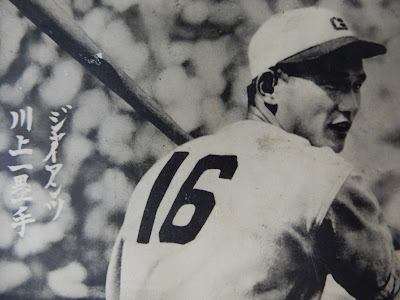 And here are some more highlights, many of these are also hall of famers. I LOVE the photography on these, the in action shots are just as good as the ones you see on my beloved Calbee cards from the 1970s, but with these you have the added interest of seeing very early postwar stadiums in the background. 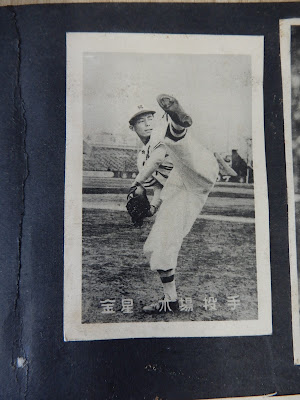 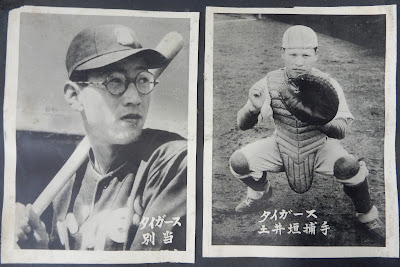 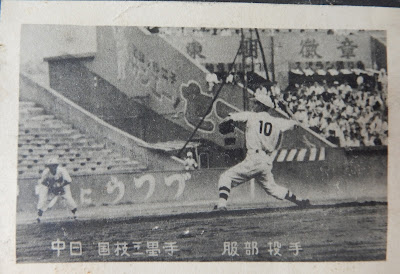 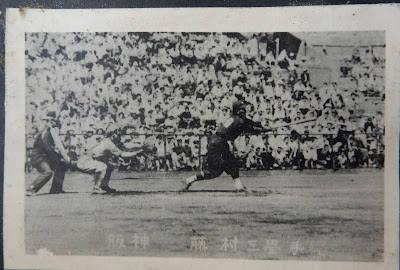 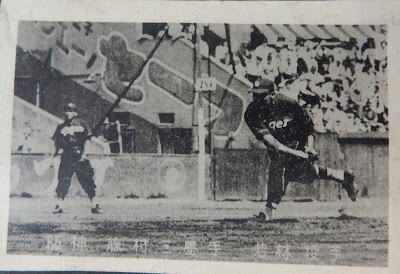 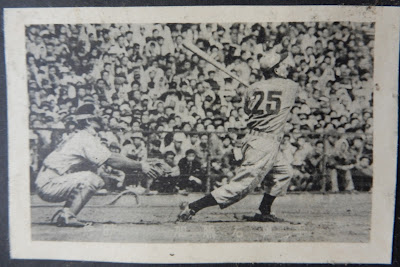 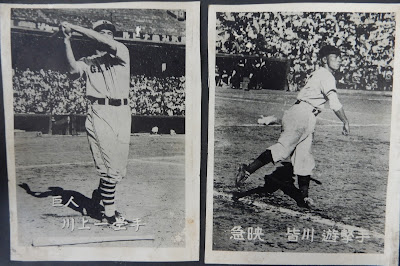 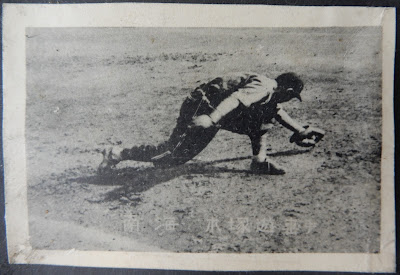 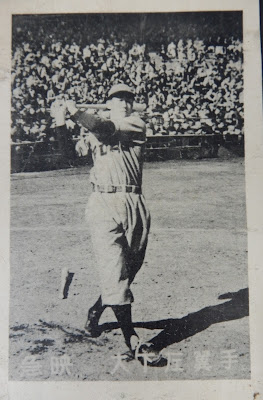 This is what they look like altogether, the cards were pasted onto the backs and fronts of each album page: 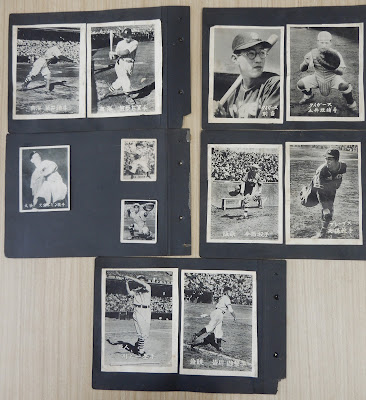 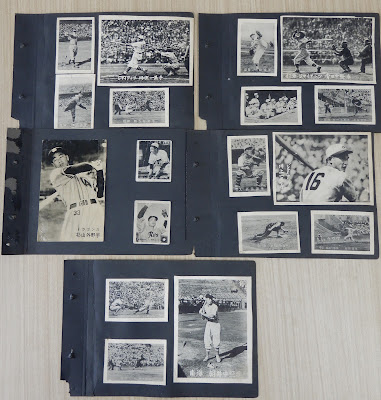 The cards obviously come from different sets, but judging from the player team affiliations these probably date from the immediate postwar years, no later than about 1948.  From what I have been able to see from peeling them away from the album pages a bit, the backs are blank, though they are all printed on standard baseball card-thick cardstock.  I am guessing these have been catalogued, and they now provide me with yet another excuse to finally buy a catalogue.  I think I will keep them on the album pages for now, they actually seem to display better like that.

This is yet another thing I am starting to love about collecting cards here - if you are a budget conscious collector (ie not rich) you will never find something this neat, this rare, from this era featuring so many big name hall of famers selling for a reasonable price (total cost to me including shipping was less than 50$ US) in the United States.  In Japan though its still possible.  This is the type of find that makes collecting so worthwhile.