The Literary Offences of BBM Copywriters 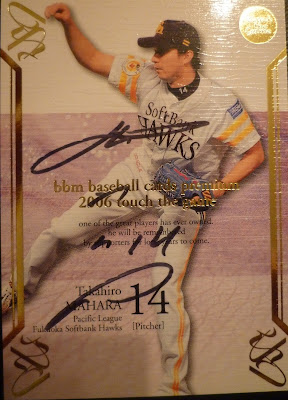 One thing I like about Japanese baseball cards - and particularly BBM premium cards - is that some of them have a lot of broken sounding English written on them for no reason whatsoever.

A few cards in my autograph collection have some of the most ridiculous things written on the front.  It makes me kind of like them. Like this 2006 card of Hawks reliever Takahiro Mahara: 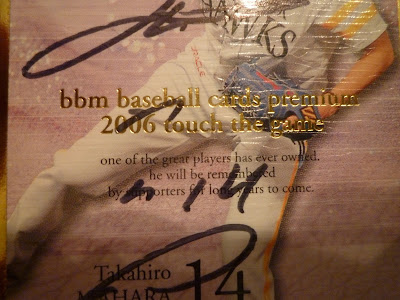 "One of the great players has ever owned.  He will be rememberd by supporters for long years to come."

It is kind of cryptic.  One of the great players has ever owned what exactly?  Inquiring minds want to know!!

Or this Hiroki Kokubo card: 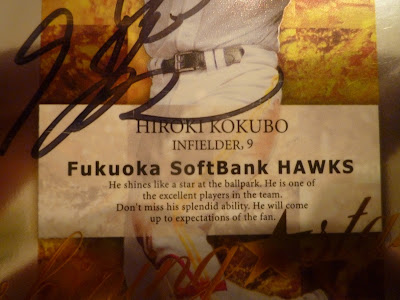 "He shines like a star at the ballpark.  He is one of the excellent players in the team.  Don`t miss his splendid ability.  He will come up to expectations of the fan."


This is a bit less grammatically confusing but the wording is so clumsy it just brings a smile to my face.  If brevity is the soul of wit then this card has no soul, but I mean that in a kind of good way.

Lets see what this card of Yakult's Tetsuto Yamada has to say for itself: 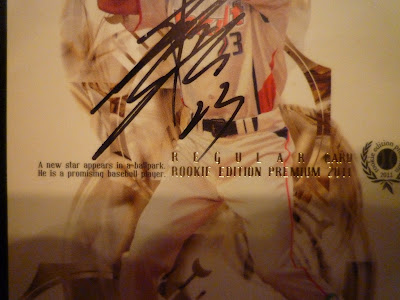 "A new star appears in a ballpark.  He is a promising baseball player."


This one is at least completely free of grammatical errors, but is even more cryptic than the Mahara card.  Why use the indefinite article? Is Yamada this new star you speak of?  Or is it someone else? God, the suspense!