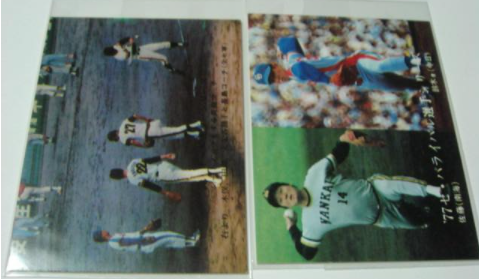 There was some big news in the vintage Calbee collecting world last week: Somebody bought a complete set of the 1975-76 Calbee "monster" on Yahoo Auctions.

This is the same set that I have been working on for years and devoting a lot of posts on here to. At 1472 cards, many of them extremely rare, it is easily one of the most difficult sets of baseball cards in the world to complete.

As far as I know, only two complete sets exist.  One is in the hands of a long time collector who has been collecting Calbee cards since the 1970s who was featured in an article in the Asahi Shinbun about a decade ago which seems to have disappeared from the internet because I can no longer find it.  The other one was this one, which has been listed on Yahoo Auctions for the past three years ( I wrote about it when it was first listed here). 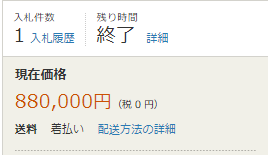 This sale isn't surprising. When it was first listed I thought the price might have been a bit on the high side since the price of cards from the set was still pretty reasonable and I figured I could put the whole thing together for less than that.  In the intervening 3 yeas I have been disabused of that quaint idea.  The price of cards from this set has increased significantly and the cards from the rarer series in particular have become much harder to find (not that they were ever easy).

It got to the point that for the past year or so I'd gone from thinking it was a bit overpriced to thinking it was one of the best bargains out there and was wondering why nobody was pouncing on it.  Of course my baseball card collecting budget isn't anywhere near big enough for me to be dropping that kind of money on cards, but if I was rich I would have bought this thing ages ago.

Anyway, now it is gone, in the hands of some lucky collector who with the click of a button has accomplished something that I have been slaving away at for 7 years and am still only about 70% of the way to finishing!  Probably the next time the world will see one of these available for sale will be 40 years from now when my kids inherit my estate and start dumping all the crap I collect that they aren't interested in, assuming I live that long and that 40 years is enough time for me to finish this monster!