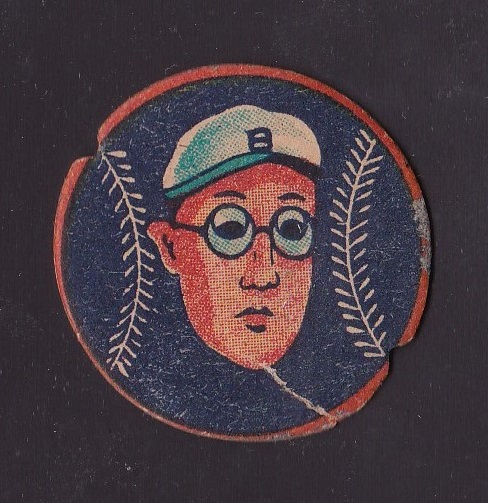 This is Jiro Noguchi's card from Series 2 of the 1950 Google Eyes set  (JRM 48b).  I like this set a lot.  As its title suggests the cards feature caricatures of players with google eyes.  Or actually I think "googly" eyes is the correct nomenclature but close enough.

The artwork on these cards reminds me a lot of Mr. Sparkle and I kind of wonder if the Simpsons' animators had seen them. 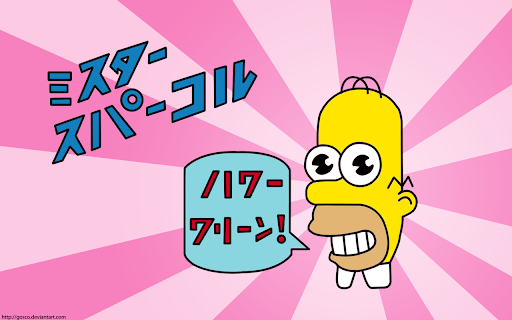 The card of Noguchi is also interesting because of the back: 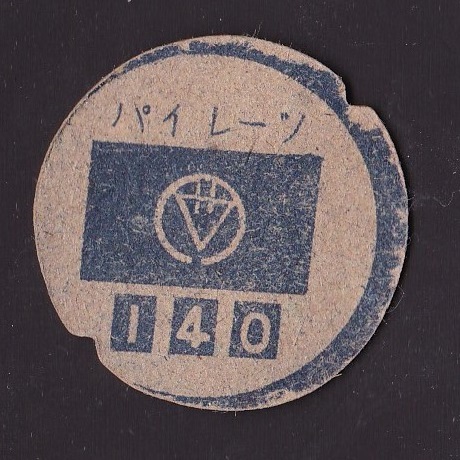 If you can read Japanese you'll note that it says "Pirates" at the top.  Japan briefly had a team called the Pirates.  They were one of the founding teams of the Central League in 1950 and played in Fukuoka at Heiwadai Stadium.  They finished last lace and merged with another team to form what would be the ancestor of today's Saitama Seibu Lions.

Noguchi never played for the Pirates though, the team names on the card backs are unrelated to the player pictured on the front.  He played for the Braves in 1950.  He has one of the most insane statistical careers a pitcher has ever put up.   He only pitched as a regular in 10 seasons (plus parts of 2 more), but managed to compile 237 wins in that short a timespan.  He one 40 games once, and added two 30 win seasons to that, so in just those seasons alone he compiled more than 100 wins.  He posted a 1.96 career ERA and in two seasons (1940 and 1941) in which he pitched as a regular starter he actually had ERAs under 1.00.  It was definitely a pitcher's game in the early years of NPB but even taking that into account, he was one of the all time greats.