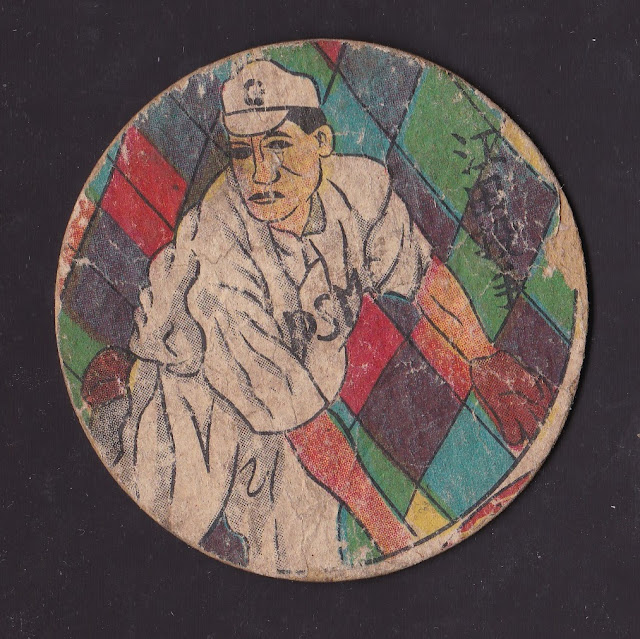 Another recent card I picked up is this round menko which (I think) features Takashi Eda, a pitcher who played for a variety of teams in the 1940s and 1950s.  It came in a lot of 11 different round menko from various sets, some common and others rare.

I couldn't find anything like this in the Engel catalogue so I think it is a "new discovery".  I really love the multicolored diamond pattern background.  It looks a bit like a stain glassed window.  The back of the card is blank, save for some numbers hand written on it. 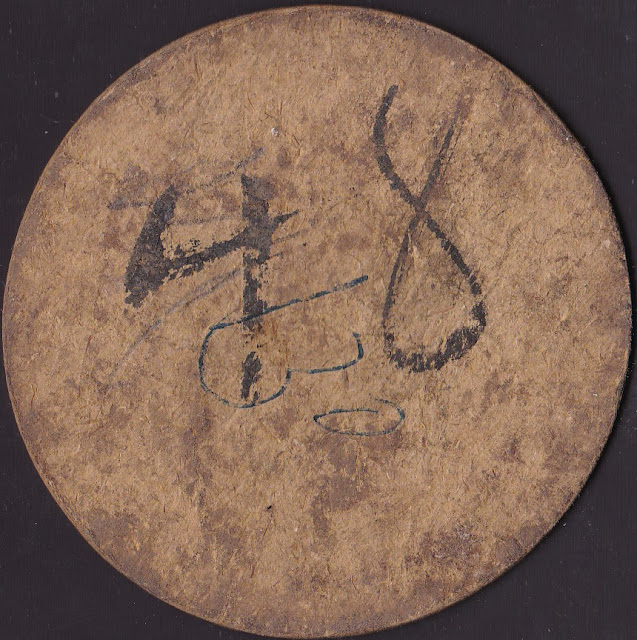 In terms of date, Eda's cap with the "G" on it looks like that of the Goldstars, who Eda played for in 1946 so I guess it probably came out around then.  The Goldstars actually only played one year with that name, changing it to Kinsei the next year (which means "gold star" in Japanese, so really they were just translating the name back into Japanese).

Eda had a pretty mediocre career, finishing with a 97-147 record, though he also played for bad teams which hurt him (he had a respectable 3.61 career ERA).  He had one brilliant season in 1950 in which he went 23-8 record with a 2.83 ERA.  That was the only season is his 15 year career that he managed a winning record!