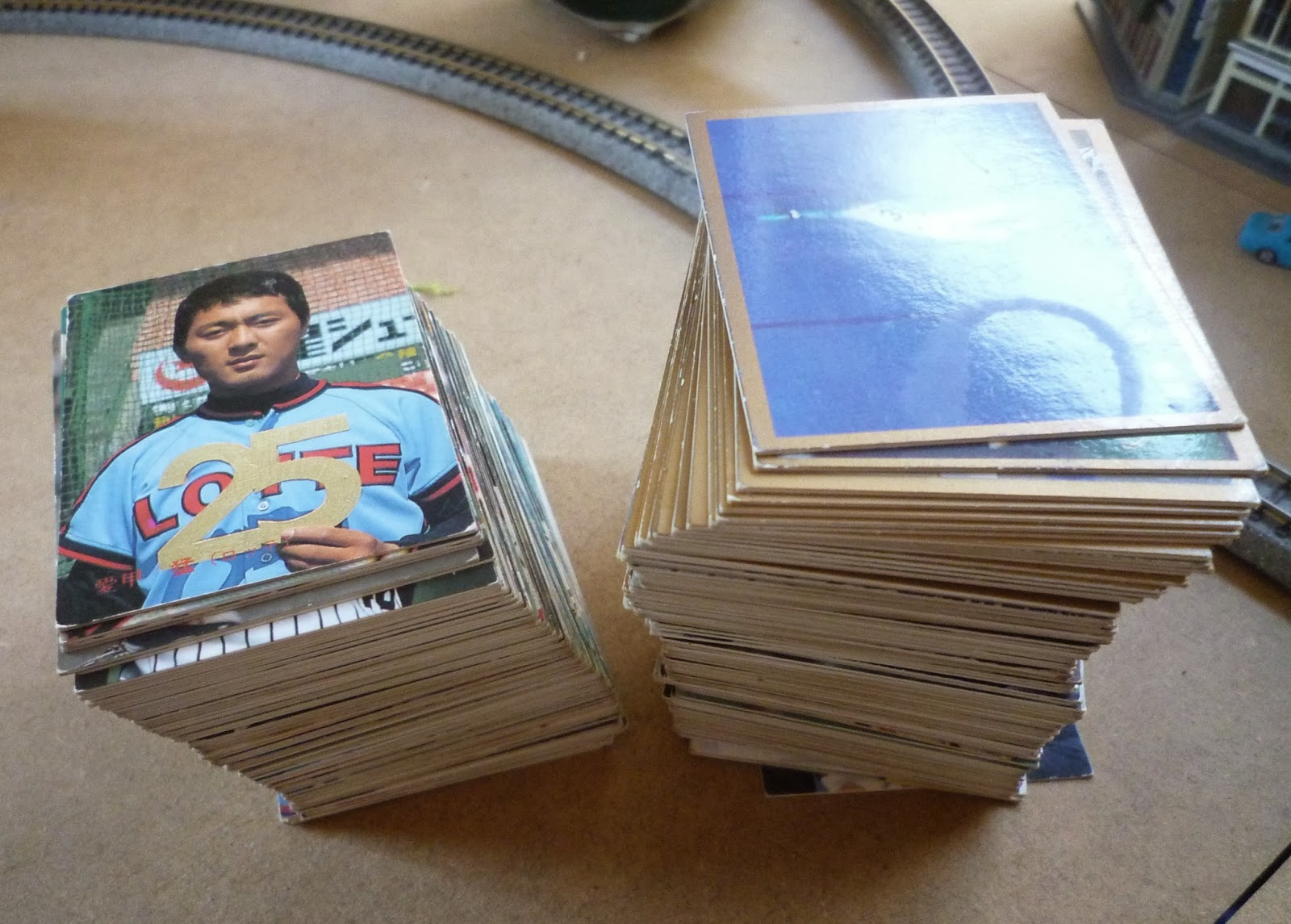 Behold my partially complete set of 1987 Calbees.  It is the crown jewel of my Japanese baseball card collection and the only vintage set that I am anywhere near close to actually finishing.

Close is I guess a relative term, I have about 3/4 of them so there are still plenty to go.   I keep track of them the old fashioned way, with a hand written paper checklist that I mark off with each one I get: 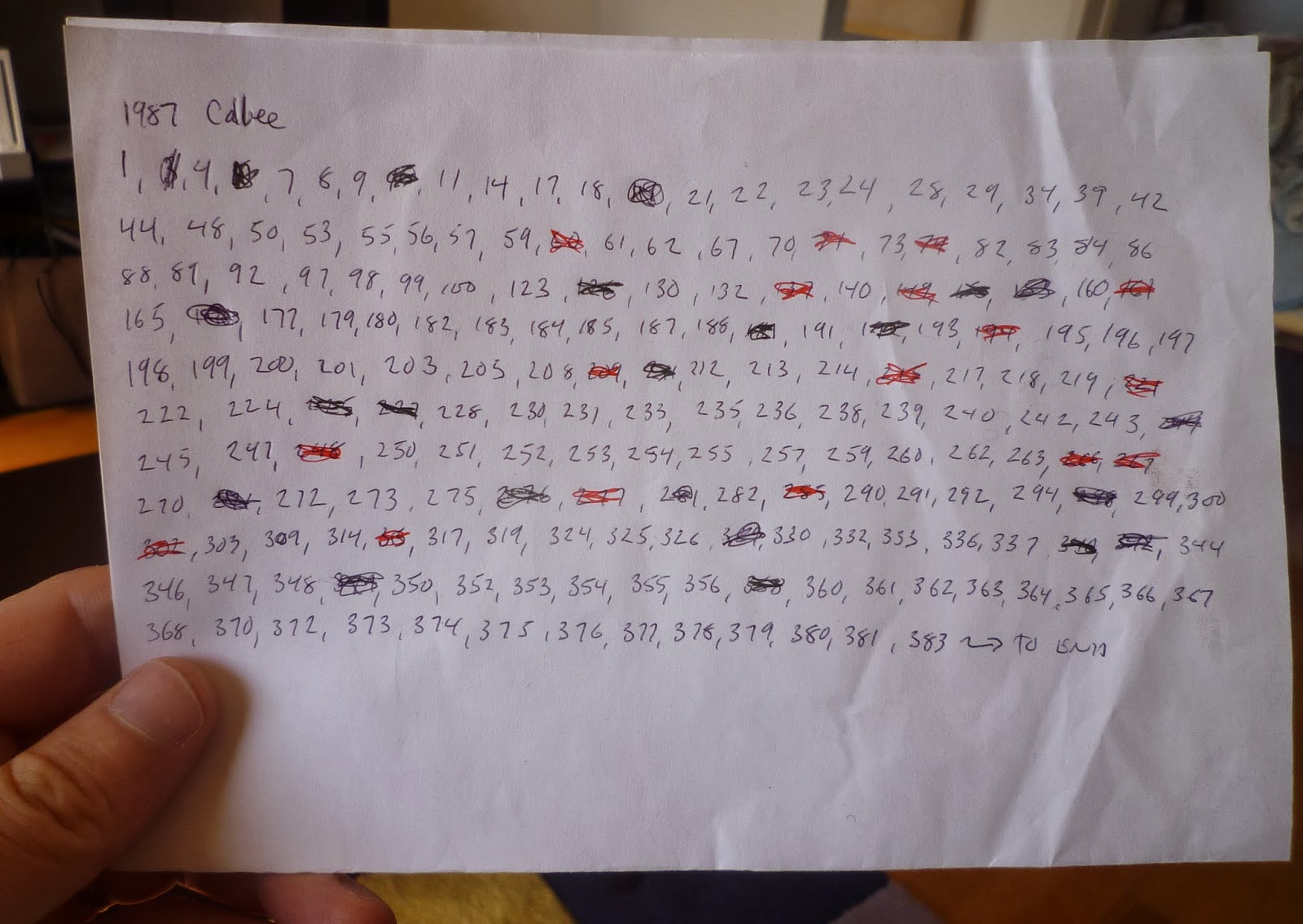 I started on this quest a couple years ago when I bought a starter set of 60 different cards.  Since then I have been painstakingly tracking them down one by one, which is the only way to find them.  I love doing this because I feel it is the closest you can get to a `pure` baseball card collecting challenge these days.  There aren`t any gimmicky rare insert cards to track down, it is all just about finishing the set.  They are hard enough to find that it poses a challenge - singles pop up every now and then, usually just a handful at a time, and I have to whip out my checklist and go through them to find ones I want.  At best I might luck into 3 or 4 that I need at a time.

Fortunately despite their rarity, the prices aren`t too steep.  I pay on average between 50 and 100 yen per card, a bit more than that for some of the short printed ones (the Japanese collector term for those is レアブロック - `rare block`).

The 1987 set is probably the ideal vintage set to try to collect.  Unlike some of the other pre-1990 sets it doesn`t have any near-impossible to find cards (the 1989 set in contrast is notorious for those). Also the player selection is pretty good.  If you have read Robert Whiting`s You Gotta Have Wa, he wrote that shortly after 1987 so a lot of the players mentioned are in it.  That includes some former MLB stars who only played in Japan for one season like Ben Oglivie (Kintetsu Buffaloes): 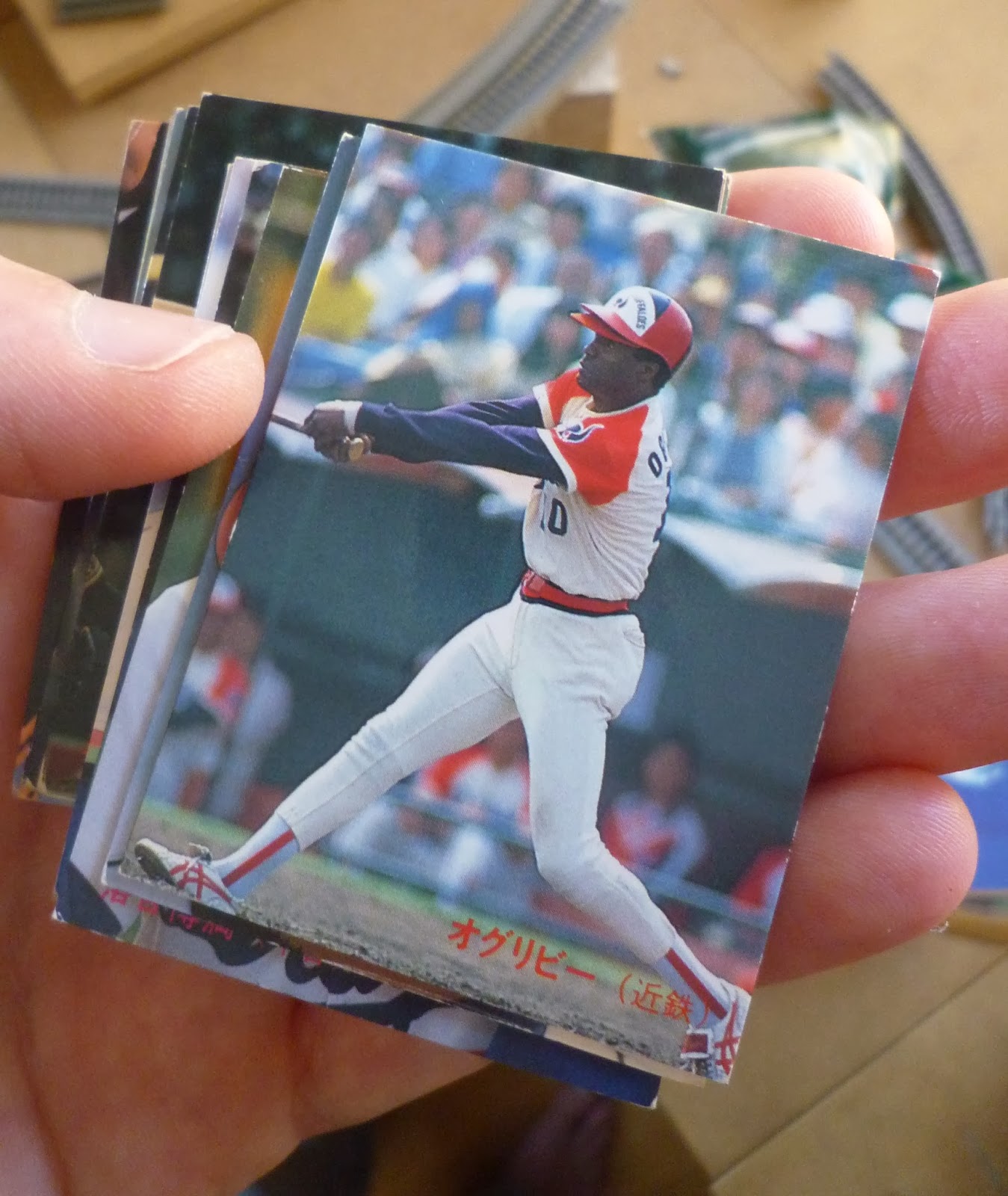 And Bob Horner with the Yakult Swallows: 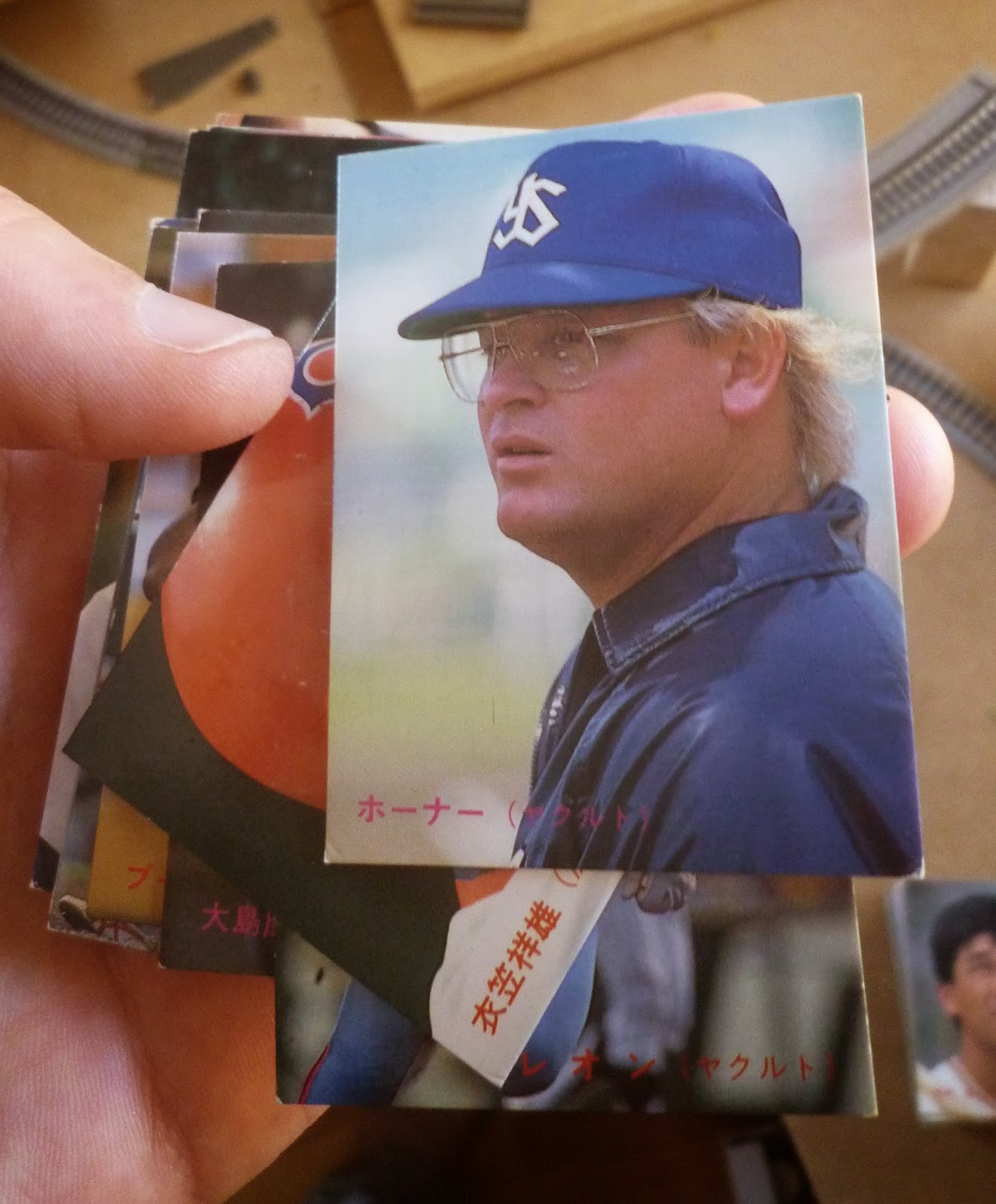 In terms of condition, 1980s Calbees are very hard to find in top shape.  My set has a fair number with corner wear and other blemishes.  As I`ve mentioned before, I`m pretty flexible about condition with older cards, I just try to avoid ones with heavy creases or names written on the backs of them (which a lot of Calbee cards from the 80s have).

There is a Japanese collector who is trying to finish all the Calbee sets from the `mini card` years that lasted throughout the 1980s, right up to the 1990 set, and kept an interesting blog about it.  I thought some of what he said was interesting enough to be given an English explanation, so I thought I`d mention a few of the highlights.

According to him, the easiest sets from those years to collect are, in order:

1986 Calbee - There are only 250 cards in total, which is a reasonably small number, and none of them  were short printed.  The Kiyohara rookie card and Ochiai cards sell for a bit, but otherwise there aren`t any particularly expensive cards in the set.

1987 Calbee - The cards between number 76 and 100 are short printed, but they aren`t too hard to find relative to short printed cards in other sets from the 80s.  There are some parrallel cards , but he doesn`t take those into account.

In contrast he puts the 1989 Calbee set as the hardest to complete. The gold border cards from 391 to 414 are incredibly hard to find, with some people expressing mixed opinion as to whether they were eveer actually available in packs at all, or just distributed as presents to people who contacted the company.

His blog has a few other interesting bits and pieces, I might introduce some more later.  Anyway, for now I am content to just focus on my 1987 set!
Posted by Sean at 6:07 PM