In my Mailbox: A Bunch of Calbee Baseball Cards 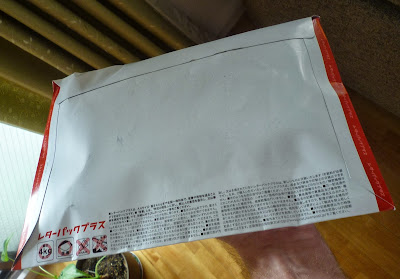 I love it when something nice arrives in the mail.  Yesterday I got the above package which contained this: 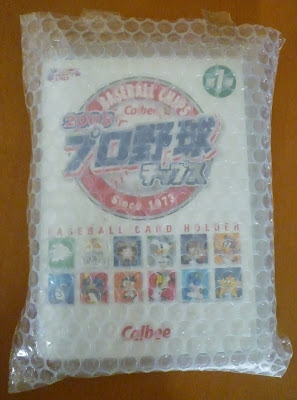 One of those Calbee Pro Yakyuu chips card holder that you can order with proofs of purchases from the bags.  Better yet though was what was inside of that: 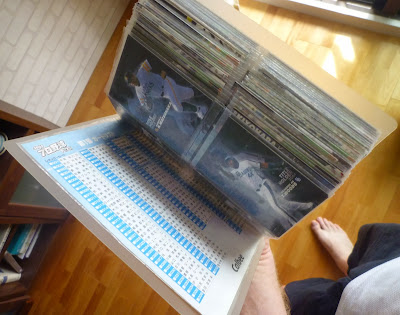 Exactly 245 Calbee cards, crammed about 4 or 5 into each pocket!

This was an impulse purchase off of Yahoo Japan Auctions.  Every once in a while somebody will put a big lot of Calbees up with a low starting bid and I`ll usually give a bid or two to see if I can score a bargain.  Most of the time I lose but sometimes I win.


245 cards doesn`t sound like a big lot but when you consider that this represents 245 bags of chips it actually kind of is.

The cards in there spanned the years from 2003 to 2007, with the 2005 set having the most (about half of the total).  It included a fair number of the harder to find star cards, which was really nice as often big lots of Calbees like this have those picked out.  There were quite a few from the 2004 set, including this Kenji Jojima from his Daiei days: 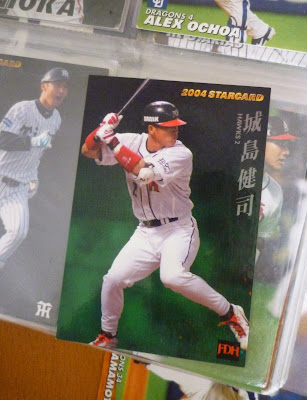 I don`t usually use these special Calbee albums to store my cards even though I have a few.  The main problem is simply that they are too small, you need a few of them to contain a single set. With only four cards per page they aren`t particularly space efficient either. 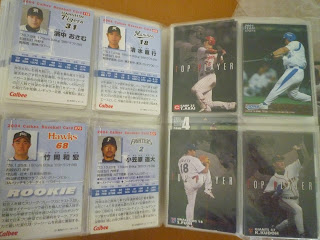 I was pretty pleased with the condition of these too.  With Calbee lots you often find that a fair number of the cards are damaged.  I once got a lot of 130 cards and found that every last one of them had damage of some sort (fortunately I hadn`t paid much for it).  This lot was about 90% in the Nrmt/mt range, with only the odd few here and there with a bit of corner wear like this card of the Dragons ace closer: 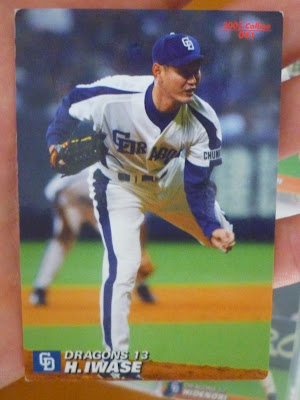 These lots are a godsend for a guy like me trying to piece together older Calbee sets as the per card price works out to way less than it would have cost to buy the bags of chips they came in back in the day.  It is also a lot of fun just getting a big pile of random cards in the mail to sort through.  I`ll be taking these out of the album tonight and integrating the ones I need into my sets-in-progress for those years.

As for the doubles, if any of you out there are also piecing together Calbee sets and fancy making some trades let me know!
Posted by Sean at 5:26 PM