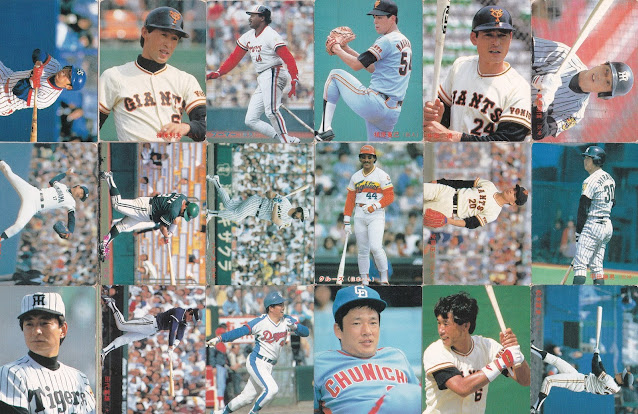 Here is a little pile of 1985 Calbees that I recently picked up.  I have about 200 cards from the 1985 Calbee set which puts me almost halfway to the 465 it has in total, but I'm not seriously chasing it since the vast majority of the remainder are from hyper rare series that are way out of my budget.

One good thing about the 1985 set though is that there is a pretty big series in it, which also happens to be one of the easier (and thus more affordable) series, that has awesome artwork on the back.

Calbee had a contest that year in which kids would send in pictures they had drawn of baseball players.  If they won, their picture (along with their name and home prefecture) would go on the back of the player's card.  These are the backs of the 16 cards featured above: 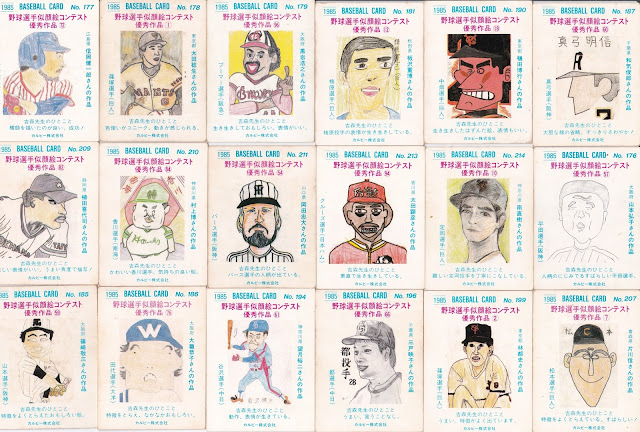 I think there are about 100 cards in the set which have this artwork, these are just a few examples. 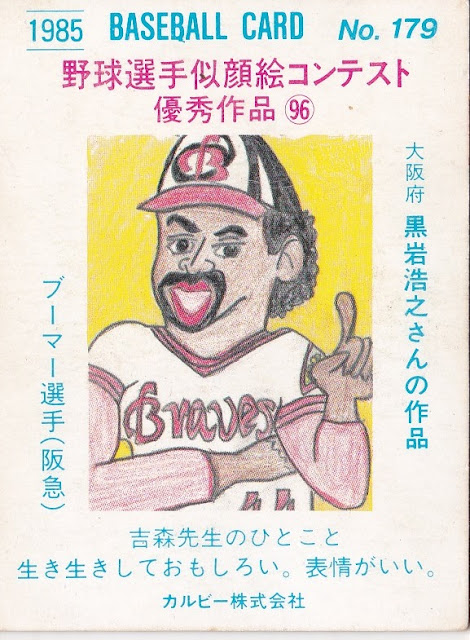 Kiyoshi Nakahata looks like he is trapped in a Picasso: 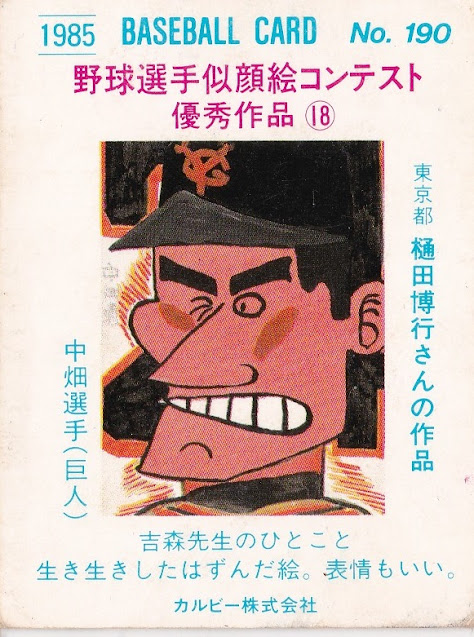 Jose Cruz looks like he is grinding his teeth: 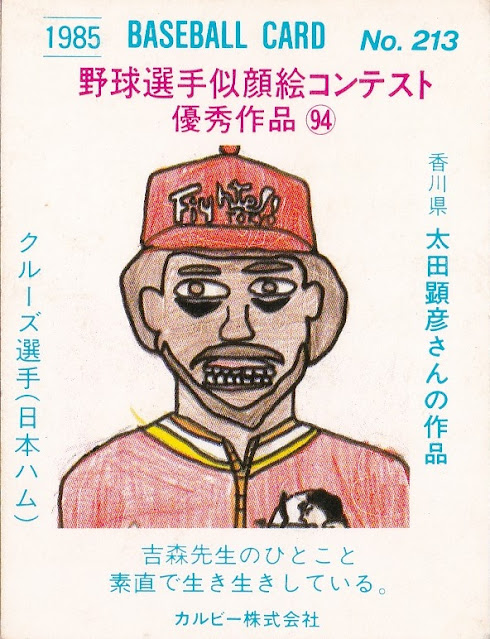 Akinobu Mayumi is daringly rendered in profile without any features: 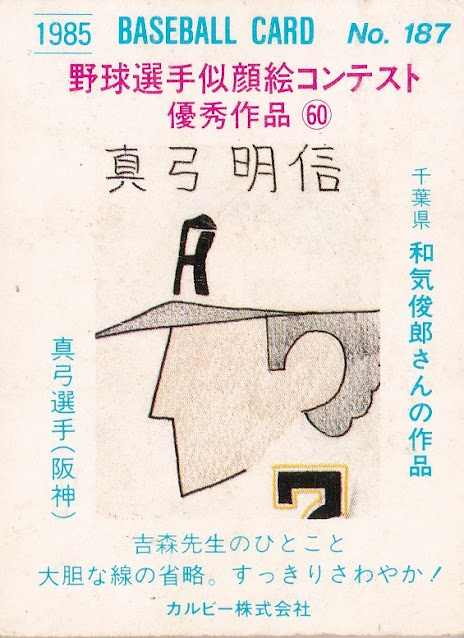 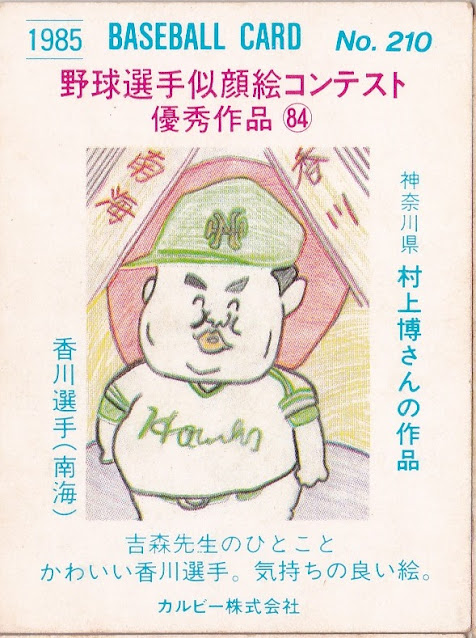 An interesting thing is that at the bottom of all these cards there is a comment from someone called "Yoshimura Sensei" about the artwork.  On Kagawa's for example he/she says "Kagawa is cute. This is a very pleasant picture."

I'm kind of curious about who Yoshimura Sensei was - probably an art teacher of some sort.

These cards are another aspect I like about older Japanese baseball cards in general -  I don't remember Topps or any other US maker having contests like this in 1985.  It must have been so thrilling for these kids to see their pictures on actual baseball cards.