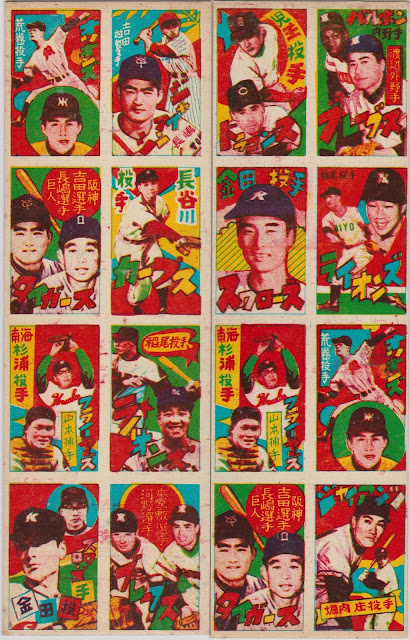 I just picked up a couple of sheets of very colorful menko!

The above are two sheets of 8 cards each from the 1958 Mitsuwa set (JCM 129) which, as you can see, have a pretty distinctive look to them.

I like these a lot.  The set has 16 cards and I thought I would get the whole set when I first saw the two sheets for sale, but actually there are three cards which are duplicated on both sheets.  Strangely the duplicate cards appear at completely different positions with completely different neighboring cards on each sheet so I'm not sure how they organized the printing of these, but its an interesting observation. 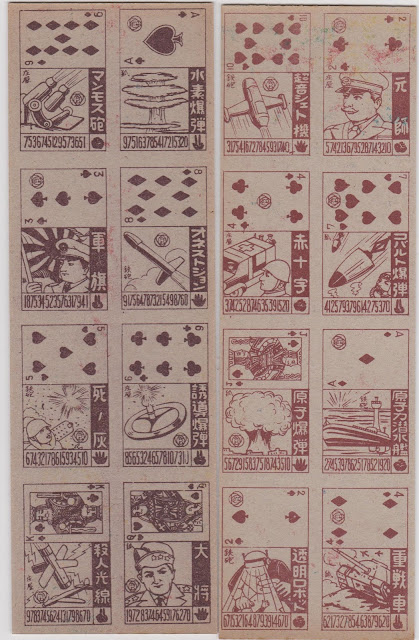 The card backs have both a playing card and a military themed image on them.  According to Engel the ink used to print the backs varied and as you can see, my two sheets use different shades of brown. 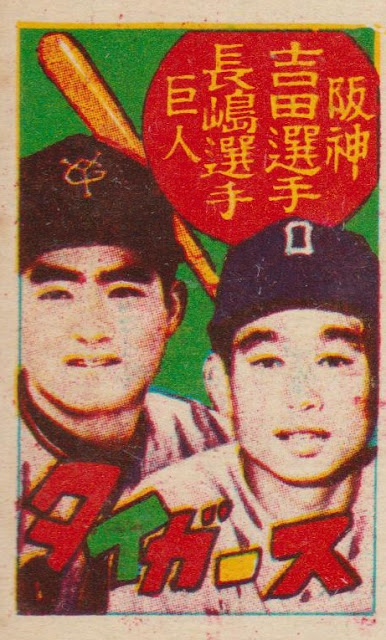 The key cards in the set are two featuring Giants slugger Shigeo Nagashima and Tigers hall of famer Yoshio Yoshida.  A lot of the cards in the set feature odd pairings of players from different teams like this.  Being issued in 1958 these cards would count among Nagashima's rookie cards (though I'm not sure what Yoshida being on them might do to that status).  Luckily for me one of them is among the three cards that were duplicated across both sheets, so I have doubles of a Shigeo Nagashima rookie card now! 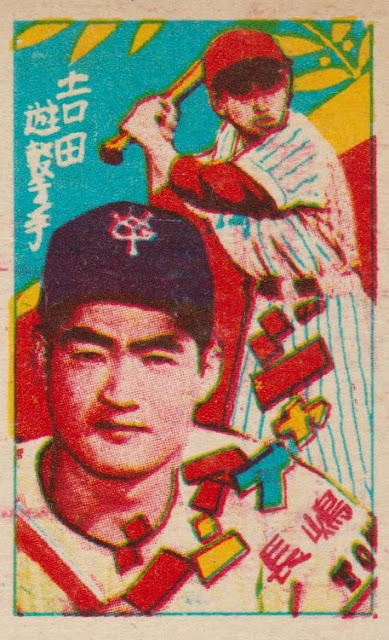 400 game winner Masaichi Kaneda also appears on a couple of cards. One of them is his alone, the other he shares with Dragons pitcher Tsutomu Ina. 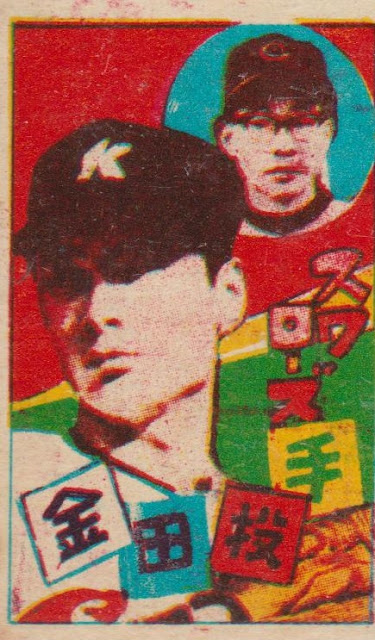 All in all a very colorful and neat set.  I need three more cards to complete it and I'm hoping to find them in an uncut sheet someday since it would be kind of awkward to have most of the set in uncut sheets and the rest in singles, though we'll see how that works out!