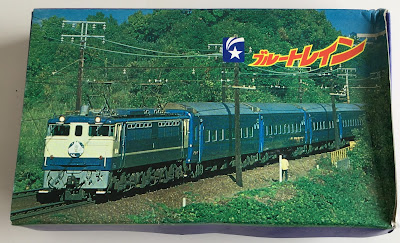 I was browsing around Yahoo Auctions last week looking for Yamakatsu baseball cards when suddenly something I had never seen before showed up in the list - a full box of Yamakatsu Blue Train cards.  In addition to baseball I am a huge train fan and I just love it when something has interdisciplinary appeal across my various hobby interests so I put a bid in and won.

"Blue Train" is a generic name that describes all long distance sleeper trains in Japan, whose cars are blue (though sometimes the engines that pull them are not).  They used to be extremely common sites, even as recently as the late 90s when I first arrived in Japan.  The spread of the Shinkansen network to almost every corner of the main islands from Kyushu to Hokkaido has basically made them redundant and the last one, the Hokutosei, retired in 2015 to much bittersweet fanfare. 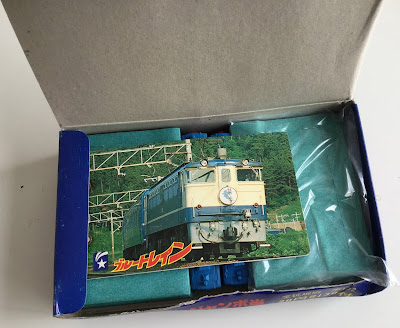 The box is great, it shows a picture of the "Fujii" - each blue train has its name and distinctive logo on the plaque on the front of the engine.  Inside the box you find right on top you find a mini album which would have been given out to recipients of atari cards.  The one I got features the Hayabusa, which looks similar to the one on the cover of the box but is actually a completely different train.

Two other recipients of atari cards would get these beauties, erasers shaped like Blue Train engines. 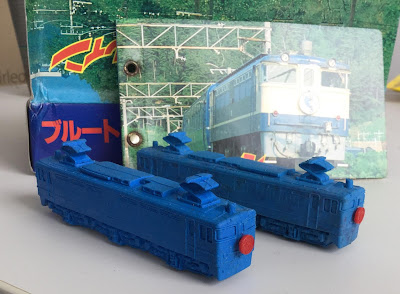 The packs are wrapped in paper, very similar to the 1980 Yamakatsu baseball packs I have, and are stapled shut at the top.  The box contains 30 packs with 2 cards each, which retailed for 20 Yen back in the day.  I'm not sure what year the set was released in but I am guessing late 1970s.  The cards are small size, about the same as 1980s era Calbee baseball cards (or 1950 Bowman baseball cards for American collectors). The packs with atari cards in them are wrapped in plastic so the store owner could know which ones they were. 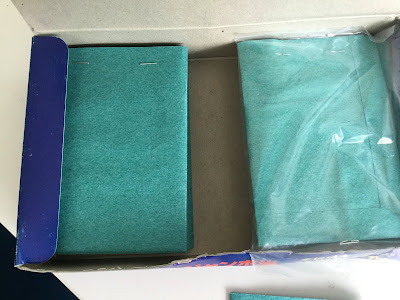 I decided to open a pack.  These would be extremely easy for unscrupulous collectors to search through if there were any valuable single cards to chase, since the staples can be easily pried off the pack without damaging it and then resealed.  Not that I plan on doing that, but I wanted to keep the pack looking nice. 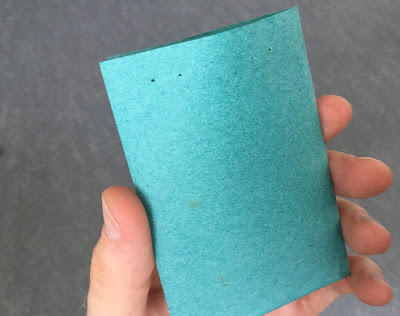 Inside, there they are, about to see daylight for the first time in their 40 years or so of existence. 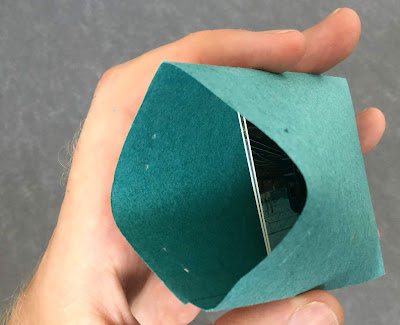 Score!!!  I got the Myoujou (the red engine) and the Suisei!

It doesn't actually tell you where the train went from, but a little research reveals that the Myoujou went from Osaka to Kagoshima until the line was discontinued in 2008 (shortly before the Kyushu Shinkansen was introduced).  The Suisei went from Kyoto to Miyazaki and was discontinued in 2005 (ridership having fallen from 93% in 1989 to a mere 30% in 2004 - quite the rapid decline).

I'm not too sure how big the set is or how close I am likely to get by opening the box, but I am quite motivated to find out more.  The Japanese language internet doesn't turn up much information on them, save for this blog entry by someone who, like me, just bought a box and was quite excited by them!