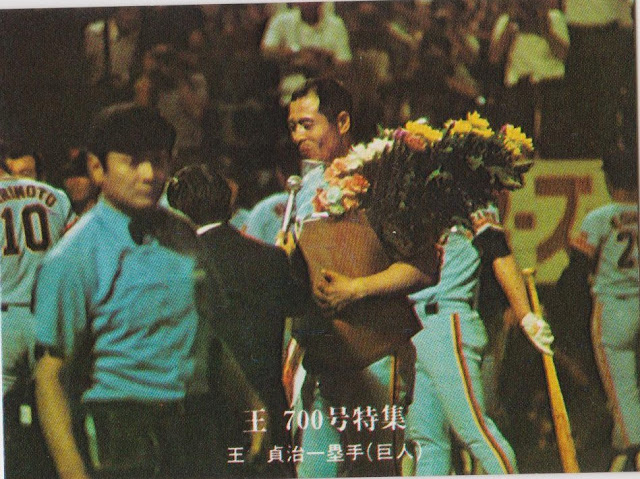 One of the cooler subsets from the 1975-76 Calbee set is the Sadharu Oh 700th home run cards.  Each card commemorates one of his home runs in the lead up to hitting #700, a feat he accomplished in 1976.  I have several of the cards from this subset, but they don`t appear to be sequentially numbered as some fall in the 700s, 800s and 900s.

The series culminates with the above card, #927 in the set which commemorates home run #700, the back noting that he joins Babe Ruth and Hank Aaron as the only two in the 700 club.  Its a kind of cool scene, Oh getting interviewed while holding the typical bouquet of flowers. 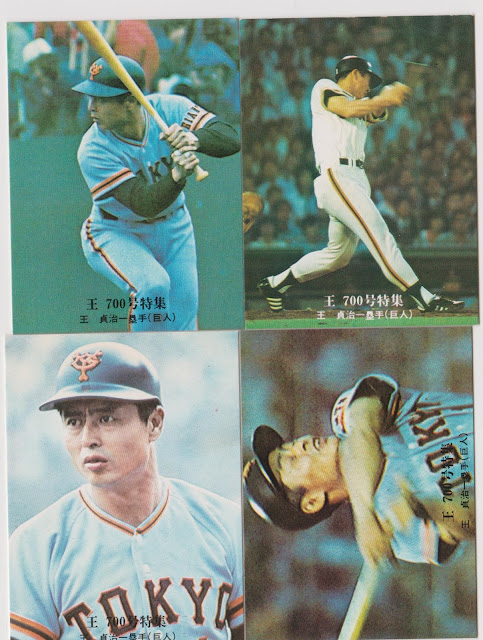