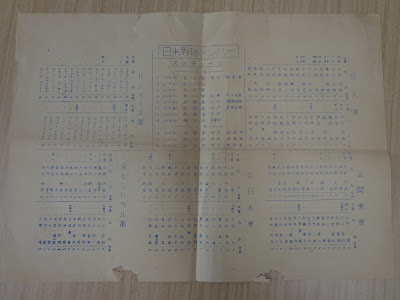 This is my third post in a row covering a piece of memorabilia from a US team`s goodwill tour of Japan. You can probably tell from that how I have been focusing my recent shopping/collecting activity!

I hadn`t been aware of it until I found this, but in October and November of1956 the Brooklyn Dodgers made a goodwill tour to Japan in which they played 11 games against four different teams (the Giants, an "All Japan" team, a Central League team (I assume this was an all star squad), and an "All Kanto" team).  This is a schedule featuring team rosters from that tour.

According to this detailed write up on Walter O`Malley`s (spits on ground in disgust at mention of name) website about the tour, the Dodgers were invited by Yomiuri owner Matsutaro Shoriki and O`Malley (spits on ground again) accepted.  They played to huge crowds everywhere they went and the same site has some cool photos of the tour (I like this one, I think that is Carl Furillo in the foreground and you can see Jackie Robinson next to the photographer, check out the rest at their site, which also has some amazing looking posters from the tour that probably sell for a billion dollars these days): 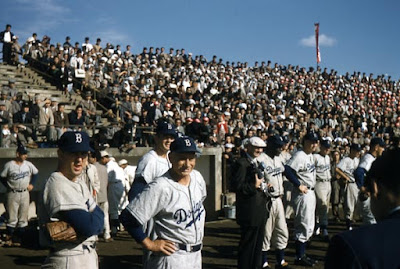 My schedule/ roster doesn`t have any interesting artwork on it, but it does have the 1956 Dodgers` roster with each player`s name written in katakana, which is pretty cool.  Most of the big names like Jackie Robinson, Roy Campanella, Duke Snider, Pee Wee Reese and Gil Hodges made the trip.  A young Don Drysdale, who I guess would have been in his rookie season that year also appeared, though the Dodgers other future ace Sandy Koufax doesn`t seem to have tagged along.  If I recall correctly I think he was a university student at Columbia at the time when he wasn`t pitching and maybe he didn`t want to miss class or something. 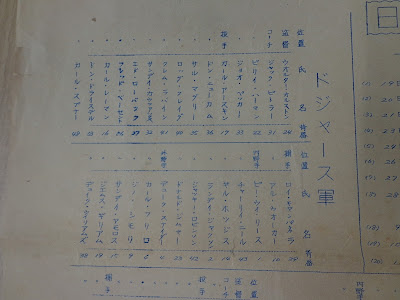 The other four team`s lineups are also included: 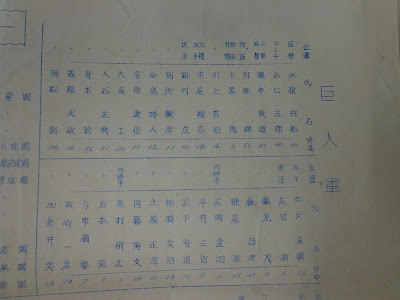 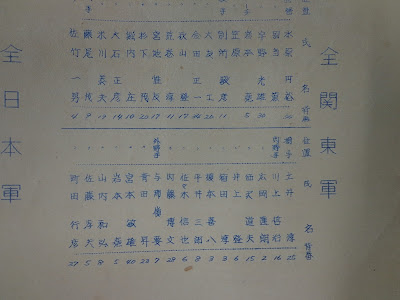 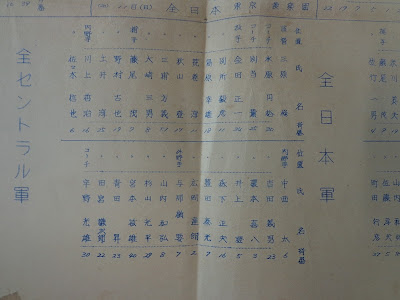 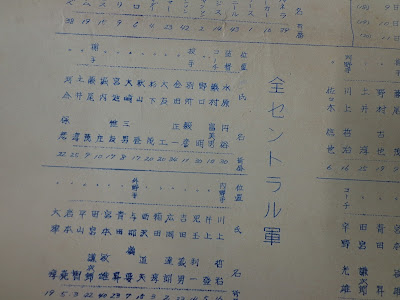 And in the centre is the schedule.  They opened against the Giants on October 19 at Korakuen, and closed it up on November 11 against the All Japan team, also at Korakuen. 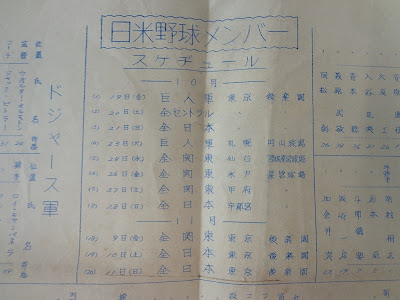 Anyway, this is a kind of cool thing to stumble upon so I`m glad to add it to the collection :)