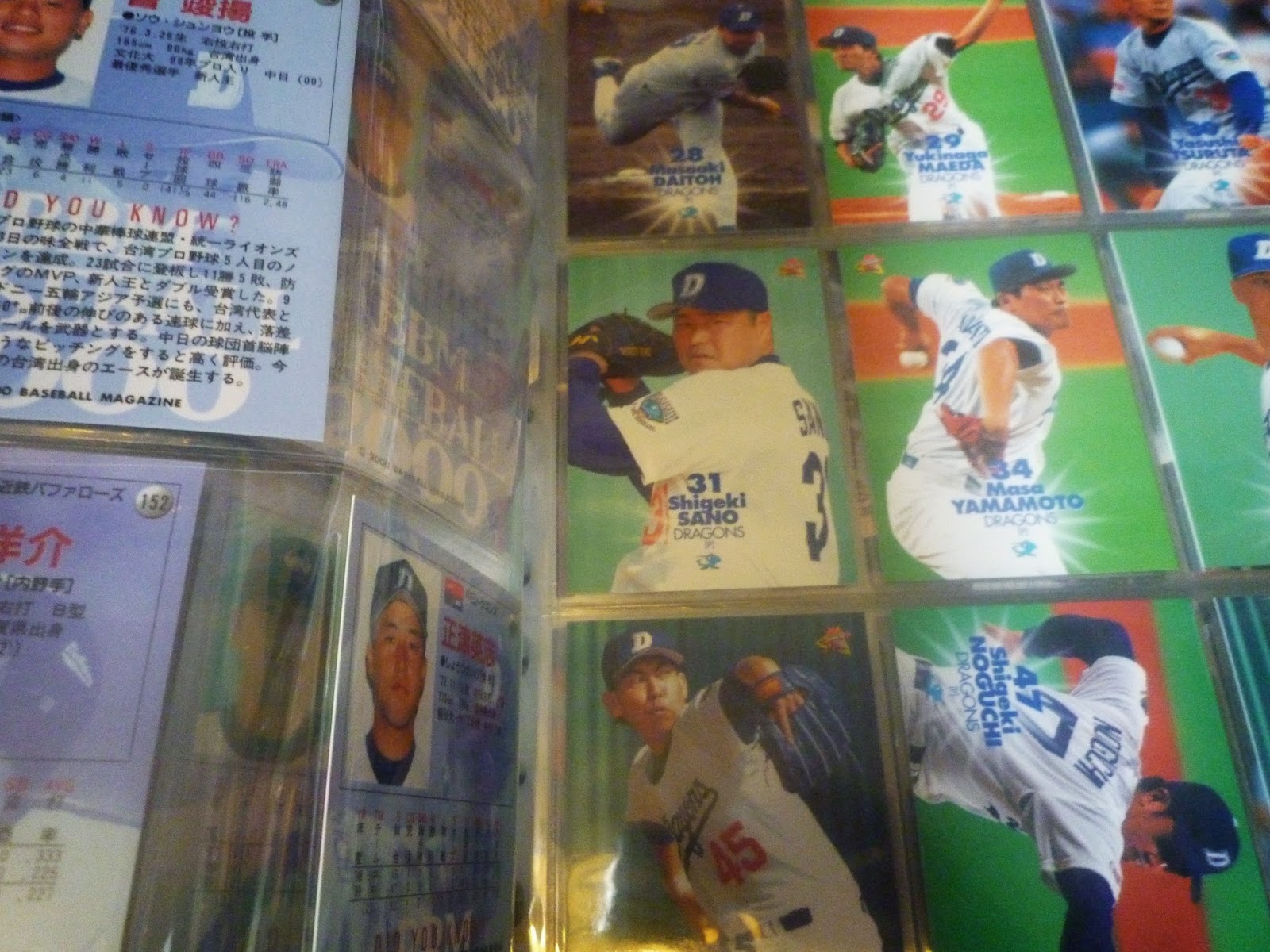 I spent that first year working as an English teacher in Akashi, a small city just outside of Kobe.  I knew absolutely nothing about Japanese baseball  - or Japan come to think of it - when I arrived.  But I was quickly schooled about two things: the Hanshin Tigers and Ichiro.

Ichiro was just enterering what would be his last year in NPB, playing for the Blue Wave at Green Stadium in Kobe.  Everyone in Akashi knew who he was, though it seemed nobody was an actual Blue Wave fan, everyone in Kansai cheering for the Tigers instead.  I got to take in a couple of Tigers games at Koshien that summer and one game at Green Stadium between the Blue Wave and Seibu Lions in what is likely to prove to be the only time in my life I will have seen Ichiro play in person (he went 1 for 4 in the game, I don`t remember who won though).

Having collected baseball cards in the late 1980s and early 1990s back home, I had a vaguely formed interest in Japanese baseball cards but knew nothing about them until one day I was wandering around near Sannomiya station in Kobe.  Back when the Blue Wave still existed they had a team-goods store in Sannomiya which I stumbled across by chance.  I wasn`t really interested in Blue Wave goods (like everyone else I had chosen to identify as a Tigers fan) but they did have a box of 2000 BBM packs for sale.  I picked one up for 200 yen and that was the beginning of my Japanese baseball card collection.  I vaguely remember having gotten a Bobby Rose league leader card and thinking that was pretty cool since he had a monster year in 1999, but other than that I don`t remember  the contents of that 10 card pack.


I provide this relatively lengthy piece of autobiographical reflection mainly just to establish that the 2000 BBM set has a special place in my heart since it was my first.  It was a fairly brief affair at the time as that one pack would turn out to be the only one I would buy that year.  Nonetheless, that set with its admittedly boring design holds a special place in my collection.  Which is why, last week, I splurged on Yahoo Auctions and bought a partial 2000 BBM set (480 cards, but some of them from the preview) in a nice binder with pages. 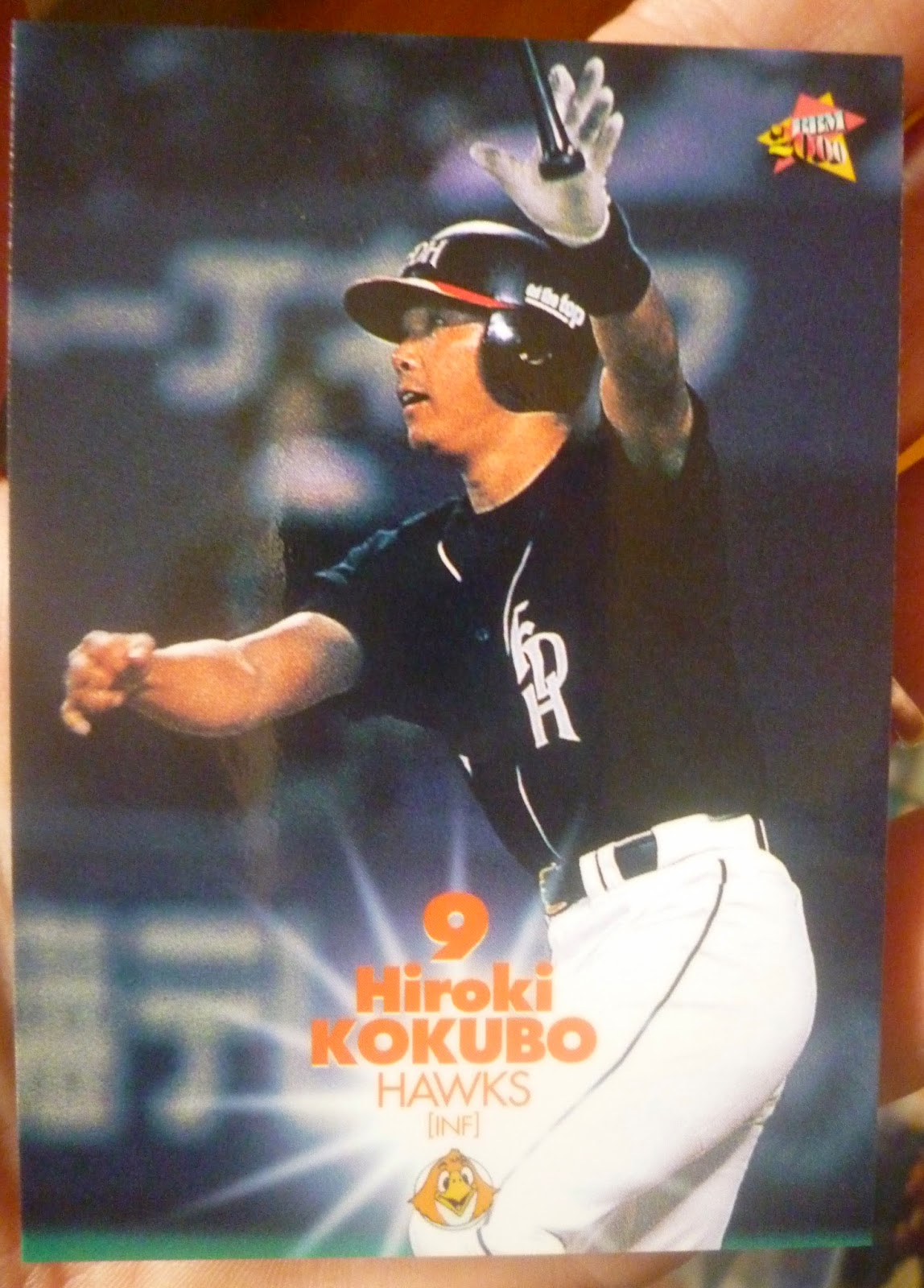 I normally don`t go for BBM sets, being a Calbee collector, but I made an exception in this case.  In retrospect its actually kind of annoying for me that I didn`t buy a bag of Calbee chips back in 2000 as my first baseball card purchase. At the time however it wouldn`t even have occurred to me to look for baseball cards in the chips section of my convenience store and the internet wasn`t exactly overflowing with useful information like that back then (and even if it had been, I didn`t own a computer).

Anyway, the 2000 BBM set is pretty cool.  It has one of Ichiro`s last regular cards in it which is rather colorful: 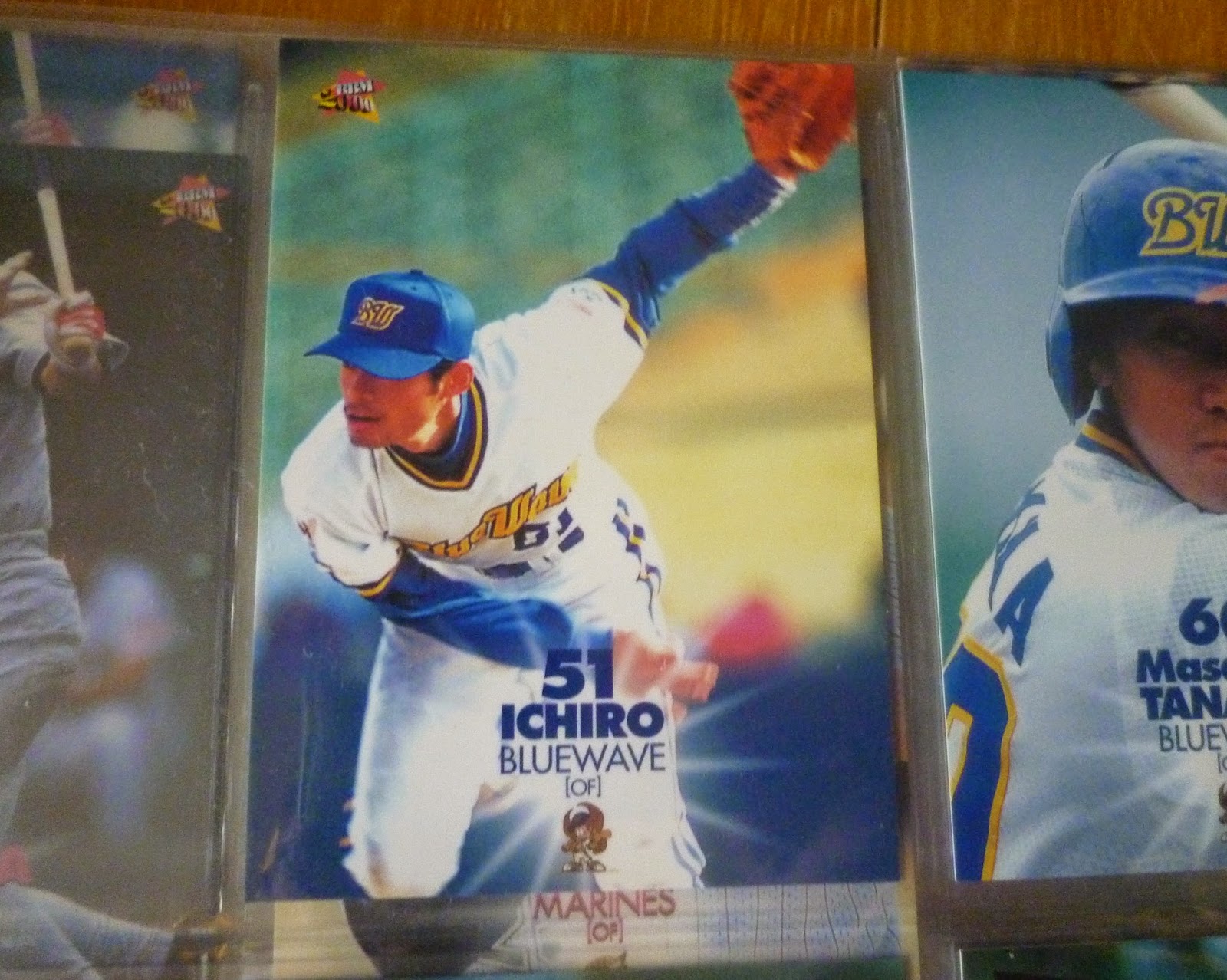 And Leo Gomez, who I remembered from his days as a prospect for the Orioles in the early 1990s: 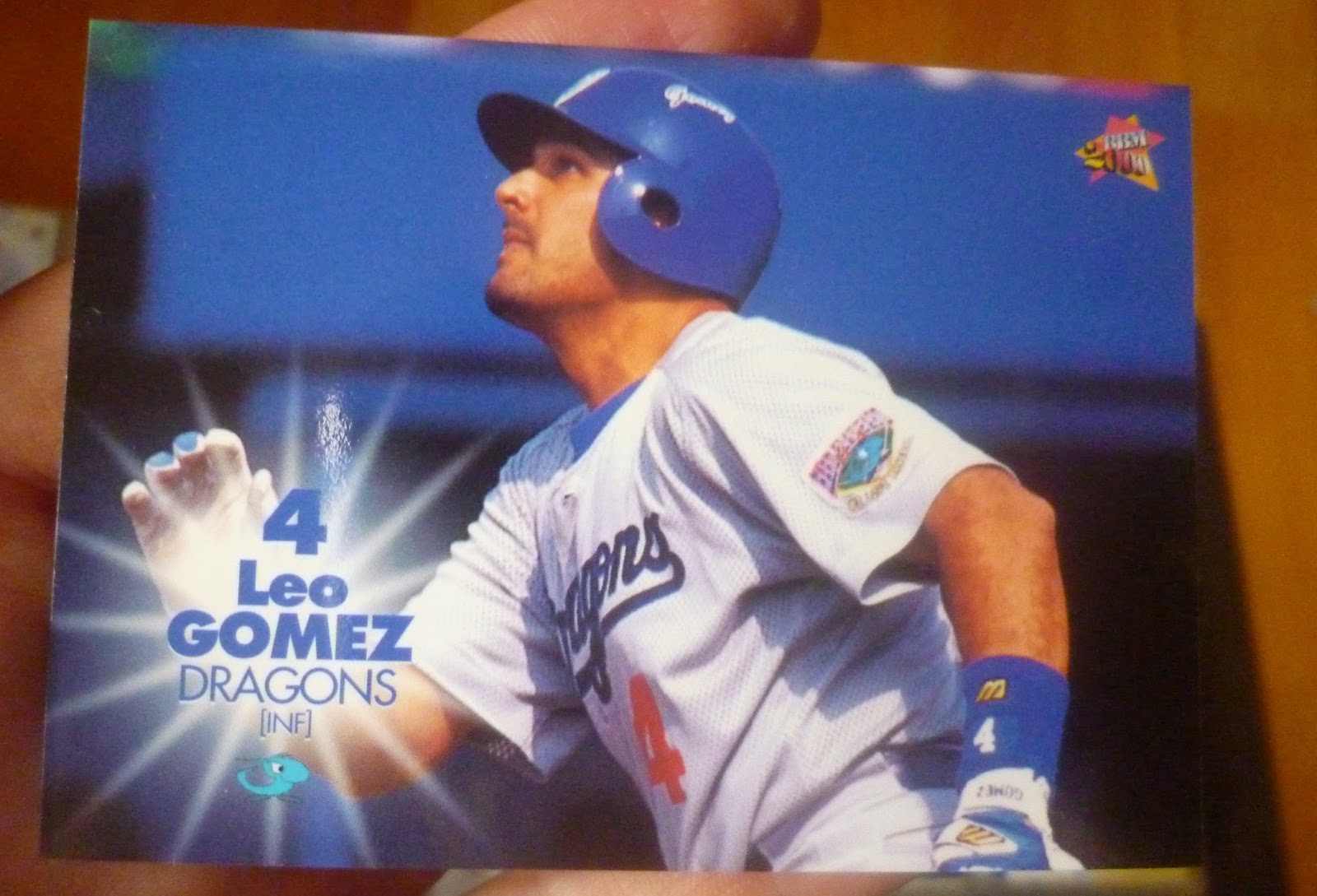 As a Canadian I was surprised to discover that year that former Toronto Blue Jay all star Tony Fernandez (who was my best friend`s favorite player back in high school) playing for Seibu in the same game that I saw Ichiro play in.  His 2000 BBM card is pretty boss: 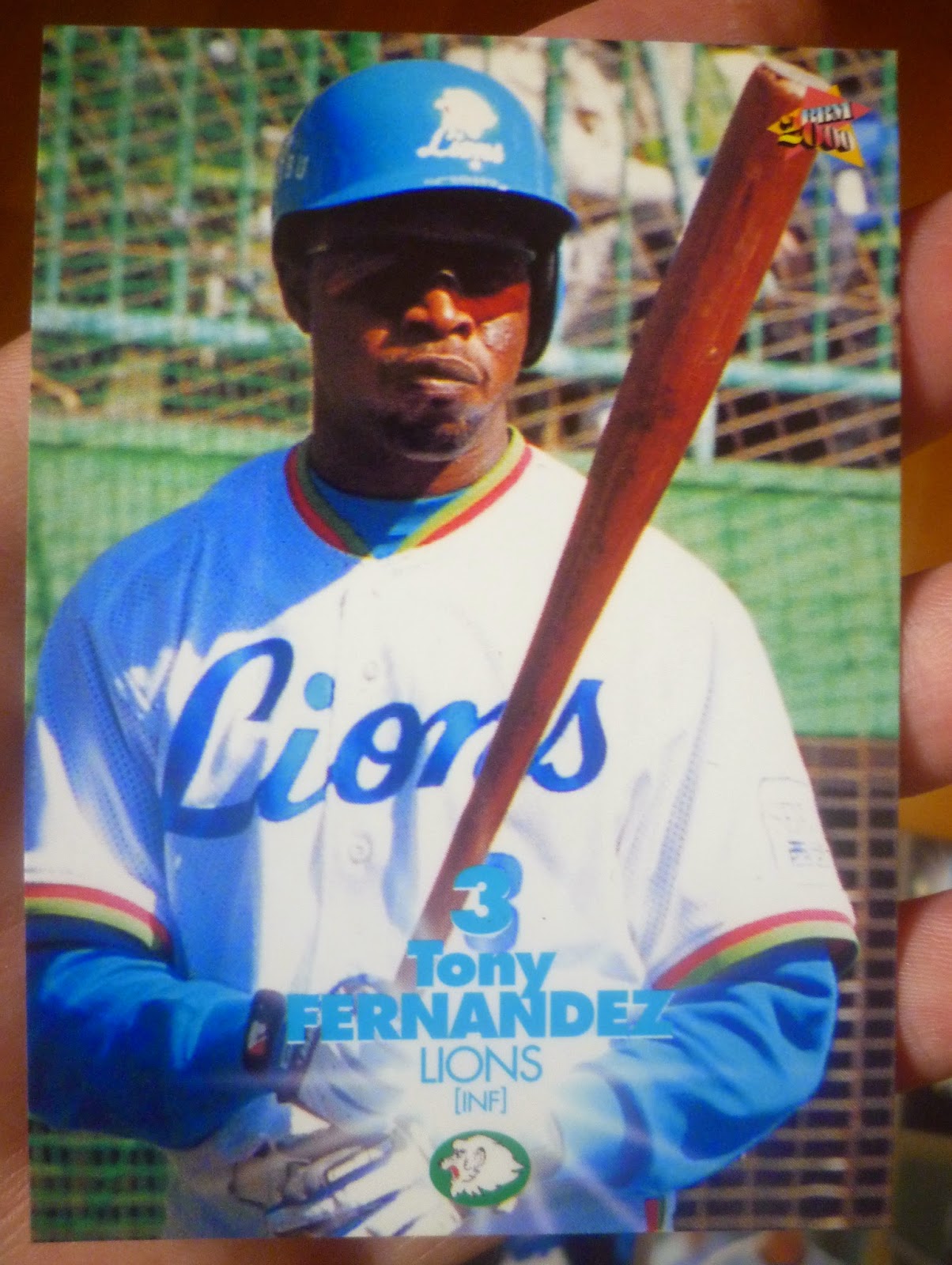 And being BBM they  of course have to load the set up with a bunch of insert sets of varying levels of interest: 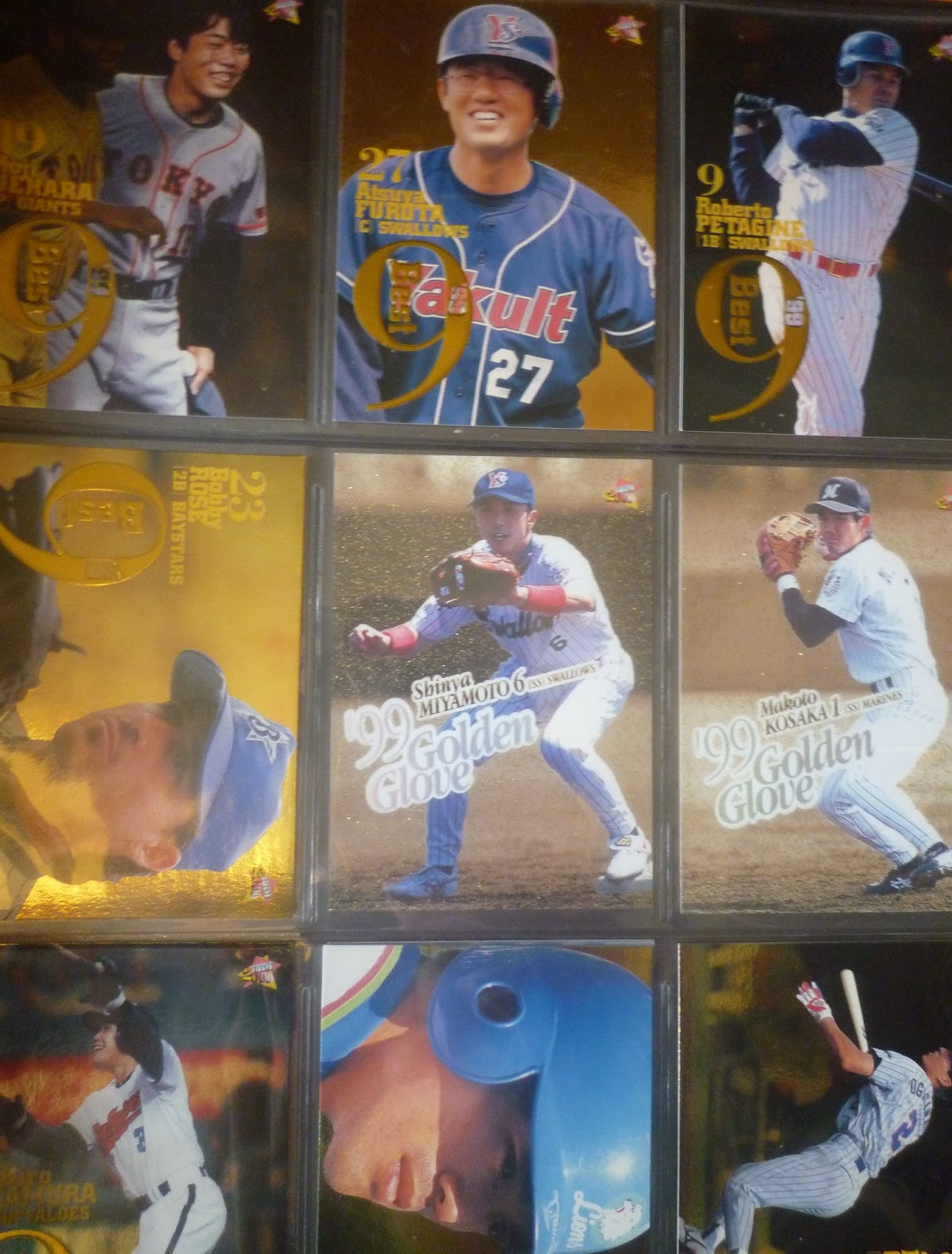 Included among which is the New Face set, where you can see which teams the Giants raided for their star players in a given year.  It is basically the same idea as a Traded or Update set, which makes me wonder why they thought it was worth turning into an insert set, but anyway.... 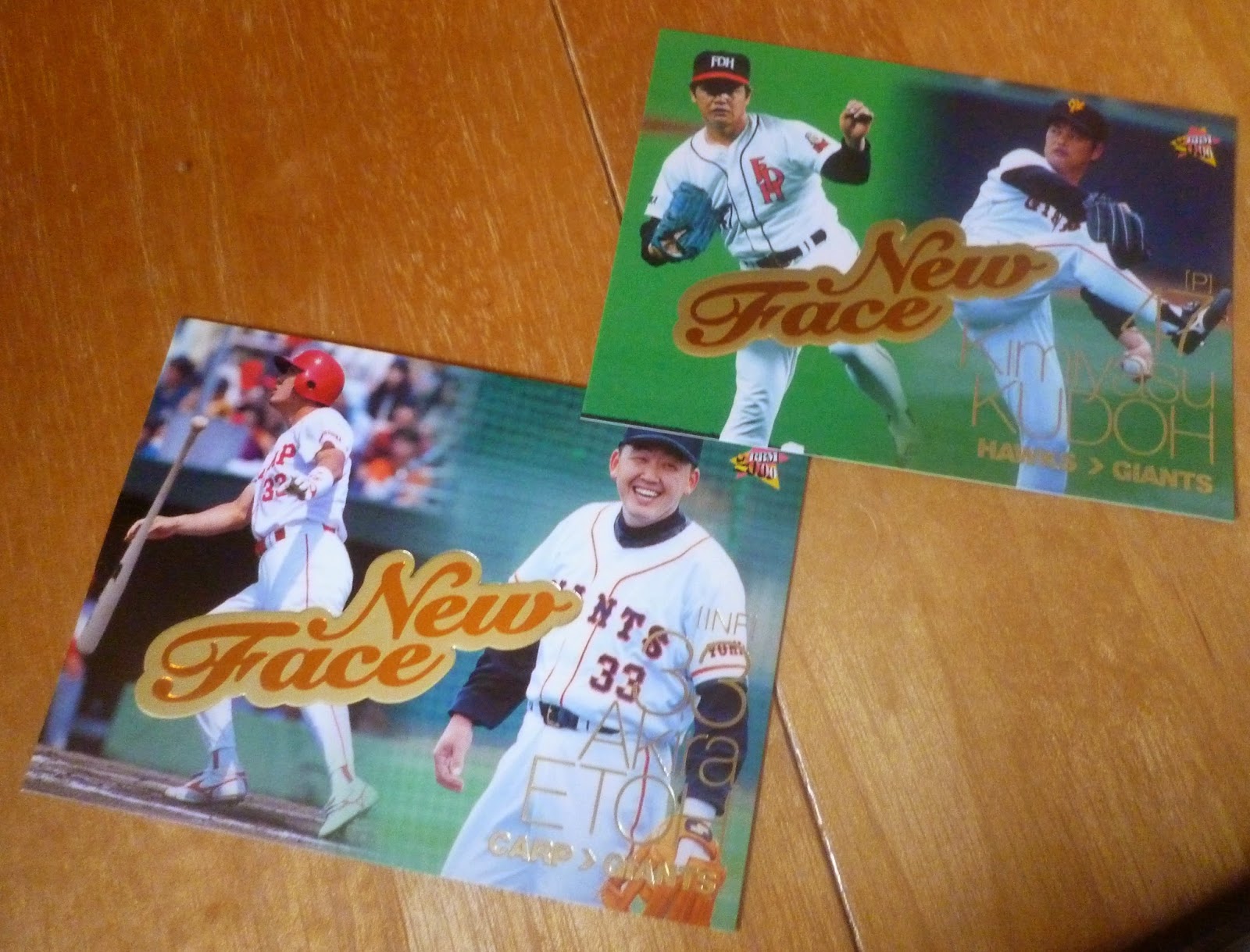 In conclusion I now have a slightly over half-complete set of 2000 BBM which I have decided to add to my list of  "sets I am working on."  It is the only BBM set on that list, though I might add the 2002 set that I worked on but never finished back in the day.  The fruits of that endeavour are in a storage bin in my parent`s garage in Canada at the moment, I`ll have to retrieve them someday....