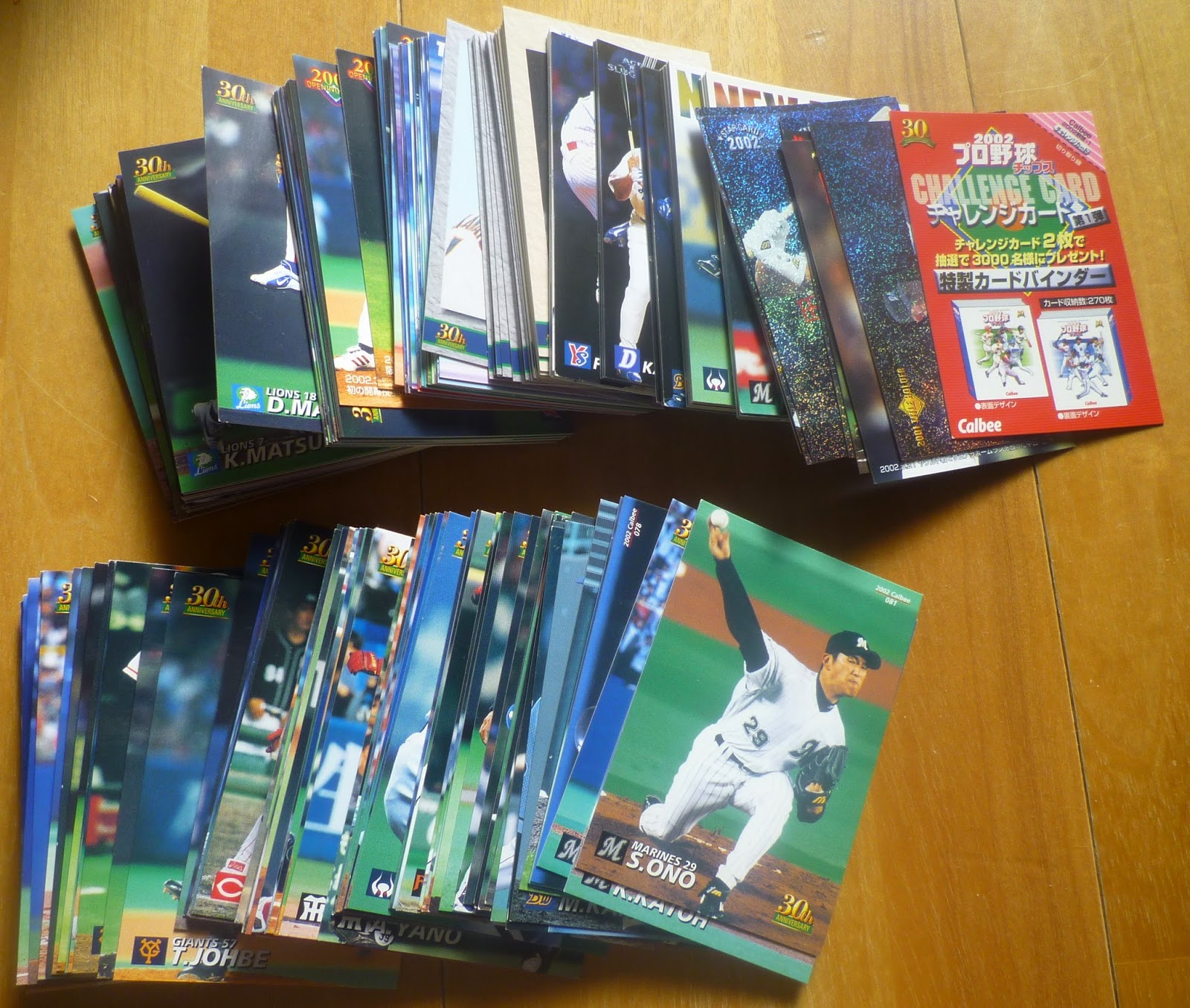 I picked up a large lot of about 500 Calbee cards on Yahoo Auction last week.  It was a mixed lot and I didn`t know what cards would be in it until they arrived (the photos were pretty grainy and the seller`s description was pretty vague). I kind of like buying cards that way, it builds anticipation in me that is similar to opening a wax pack.  Sometimes you get screwed with a bunch of damaged cards, but sometimes it pays off.

This one actually did pay off.  There was a pretty wide selection of cards, including about a dozen from the 1975-76 Calbee set which were alone probably worth almost as much as I paid for the whole lot.  The thing that got me most excited though was that about 100 of them were 2002 Calbees.

I think the 2002 Calbee set is probably the most difficult to find out of the post-1998 Calbee sets.  Word on the street has it that the reason for this is Japan`s co-hosting of the World Cup that year with Korea, which diverted everyone`s attention away from baseball.  This resulted in Calbee printing way fewer baseball cards (and presumably way more soccer cards) that year, making the 2002 Calbees harder to find than most.

This story generally squares with my own experience in buying these lots, which almost never include any 2002 Calbee cards (the 1999 and 2000 sets on the other hand are usually over-represented, making me think they were printed in greater quantities.  Those were Ichiro`s last 2 years in Japan, which makes me wonder if his popularity transferred into greater baseball chip sales in those years, followed by a steep decline after his departure in 2001).

As somebody actively trying to complete most Calbee sets, my 2002 set up until now had been way less developed than any other set of the past 16 years, with only a few dozen cards mostly from the regular set.  With the additions from this big lot, I now suddenly find myself about 75% of the way to a complete regular set and well on my way with most of the subsets too.

The design of these cards is slightly different from most Calbee sets in that it has a 30th anniversary logo on the front, but otherwise they are about the same.  I think this must have been Hideki Matsui`s last Calbee baseball card before singing with the Yankees. 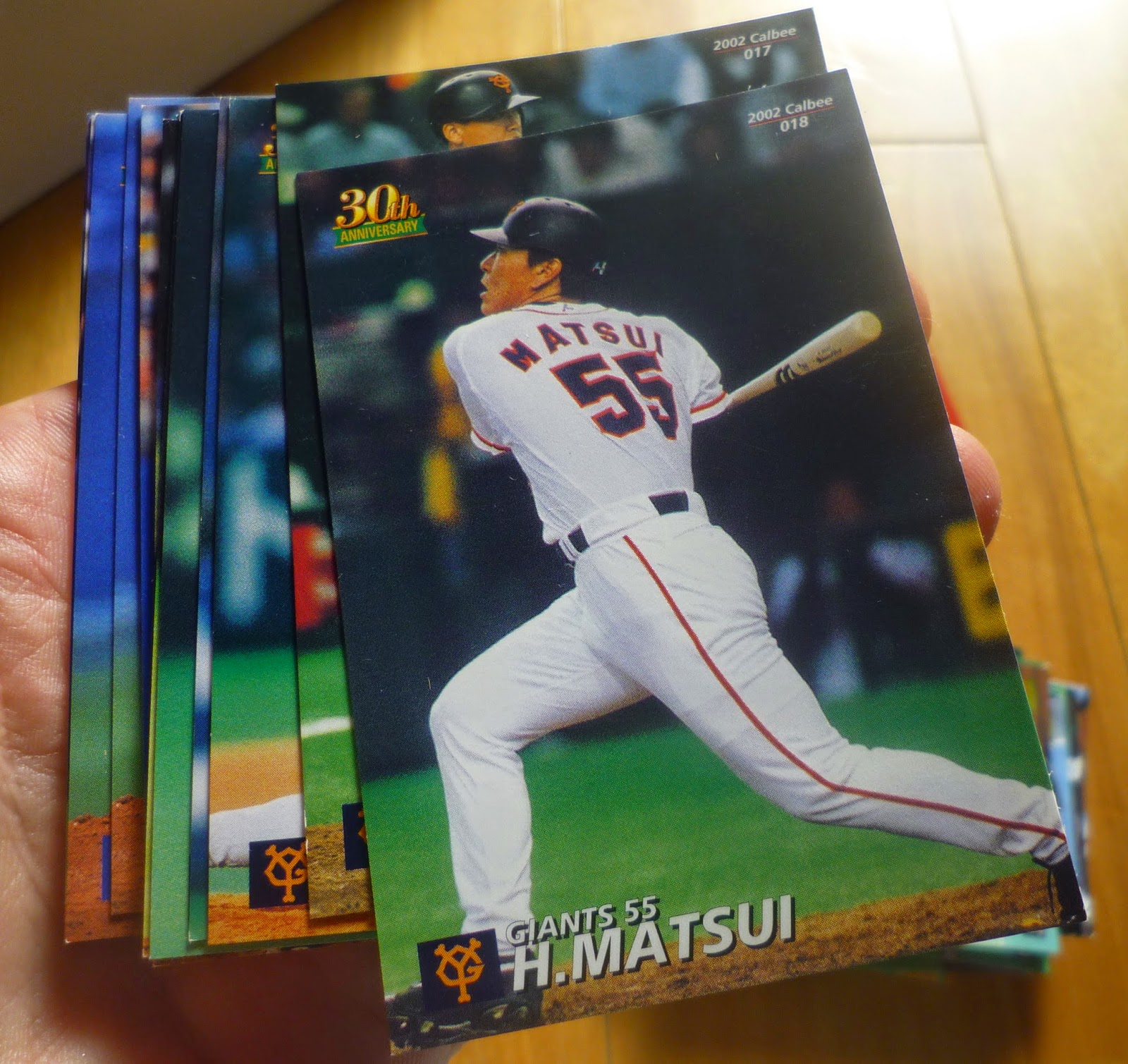 The lot even included an un-used Challenge card from that year.  The 2002 set had a pretty sucky prize system, you had to collect and mail in two of these, which didn`t actually guarantee you a prize, but just put you in a draw for one of 3000 card binders they were giving out.  I much prefer it when Calbee gives special card sets as prizes rather than these stupid binders that don`t even have enough space for the whole set and generally look terrible (at least the recent ones). 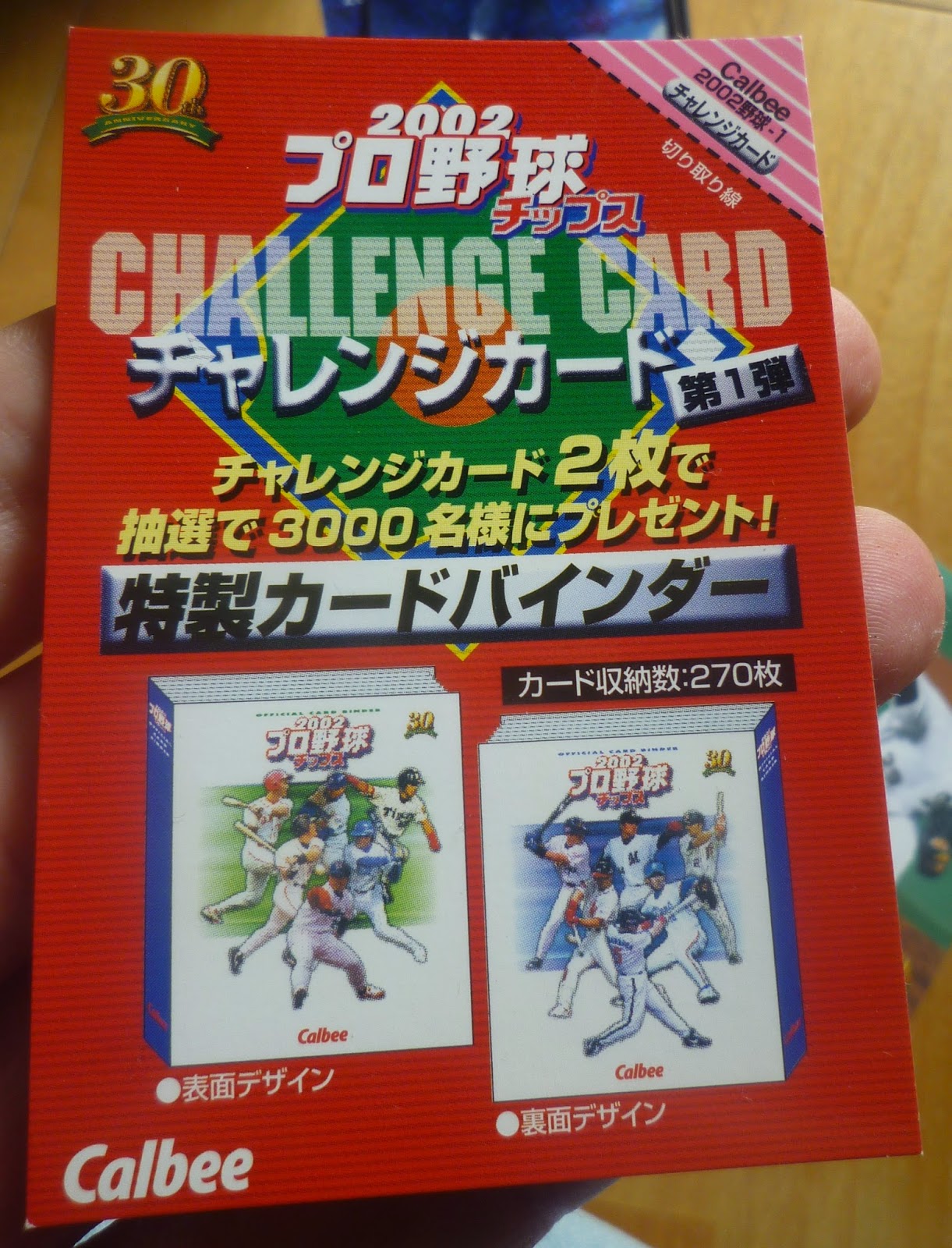 To commemorate the 30th anniverary of their baseball cards they issued a special memorial card subset whcih featured reprints of various cards from previous years.  I now have almost all of this set.  I have to say it is really really poorly designed, with just horrible looking beige or grey borders and a very uninspiring `Memorial Card` band along the bottom.  Do they really need to tell us in such big letters that this is, in fact, a memorial card?  Also I think the use of the word "memorial" is a bit misplaced, it sounds like the set is dedicated to players who have died in the past year or something.  Anyway, they did something similar in the 2012 set when they commemorated the 40th anniversary with reprints of cards from previous sets, but the subset from that year was much better, dispensing with the borders and just making a straight-up reprint of the cards. 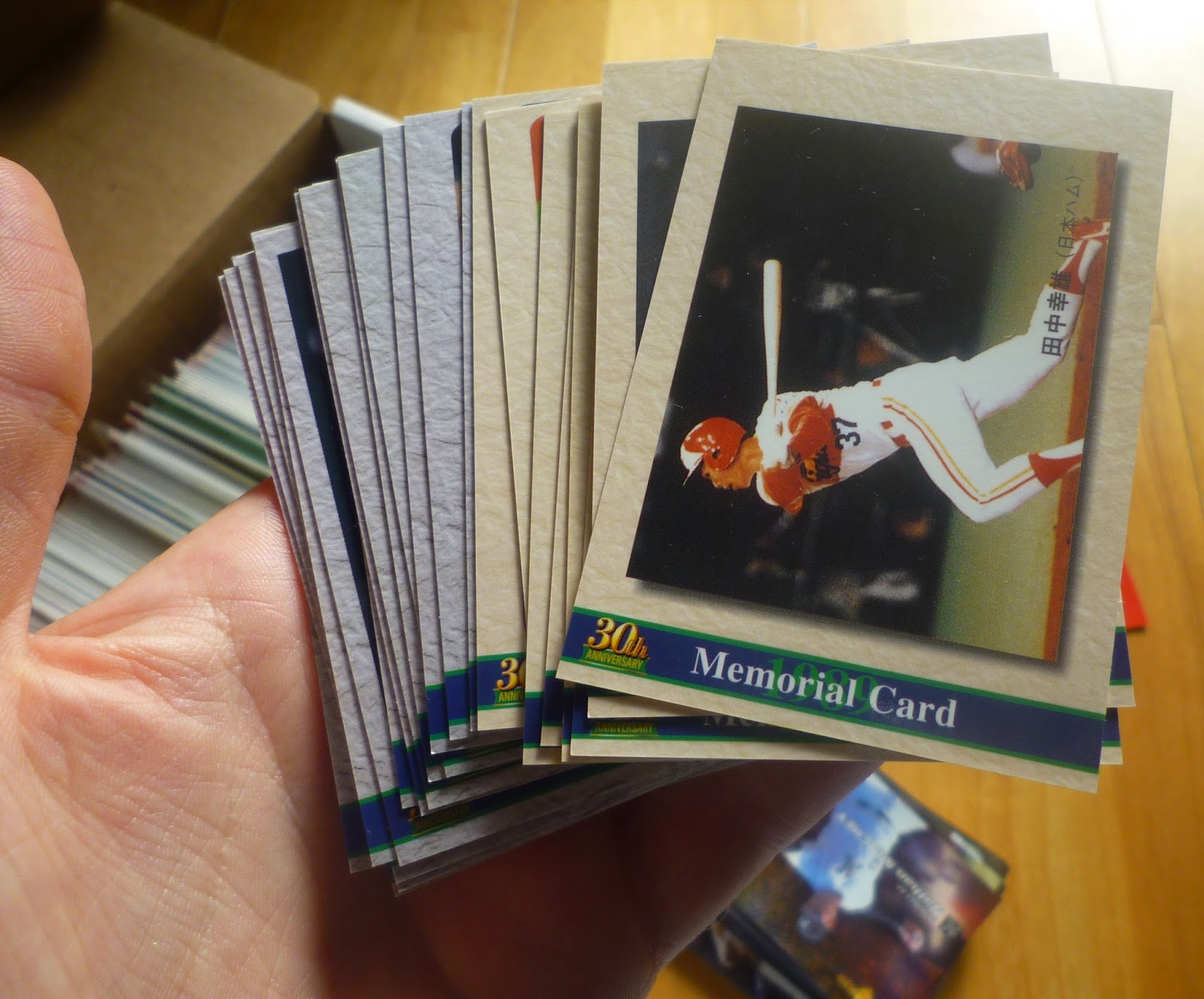