Some Gets: A Clyde Wright and Some Ebay Finds 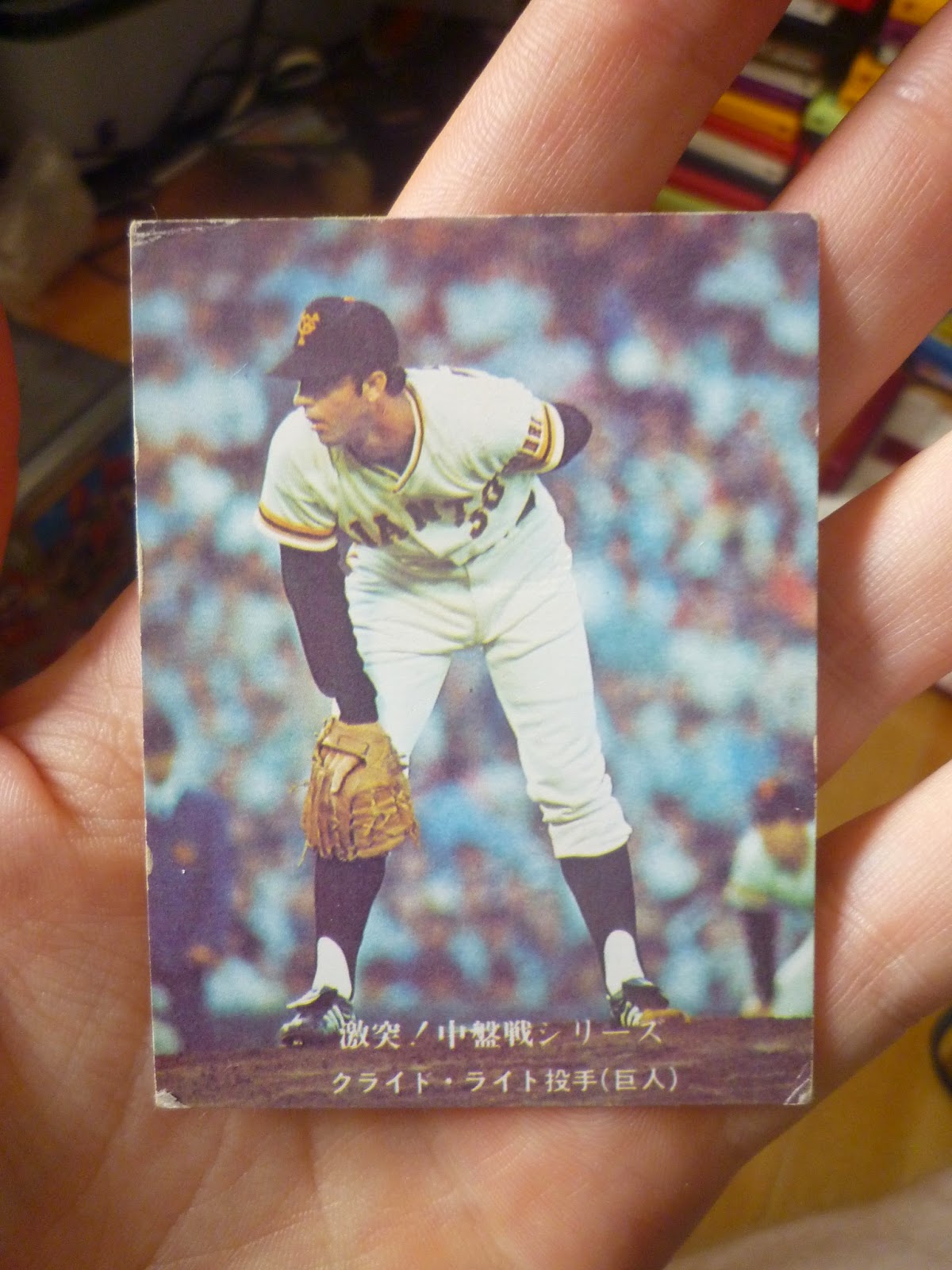 The above is a Clyde Wright Calbee card that I got in the mail courtesy of Dave at Japanese Baseball Cards, part of an online trade of sorts we had worked out, although sending this card was more a very kind courtesy on his part rather than strictly the product of the trade.

I have wanted a card of Wright for a while.  Generally I don`t go for cards of Giants players much, but he is one of the colorful characters to appear in Robert Whiting`s You Gotta Have Wa, where his antics as `Crazy` Wright grace a few pages.

I also one a few cards on Ebay which also arrived in my mailbox the other day.  For $10.19 including shipping I got these 5 beauties 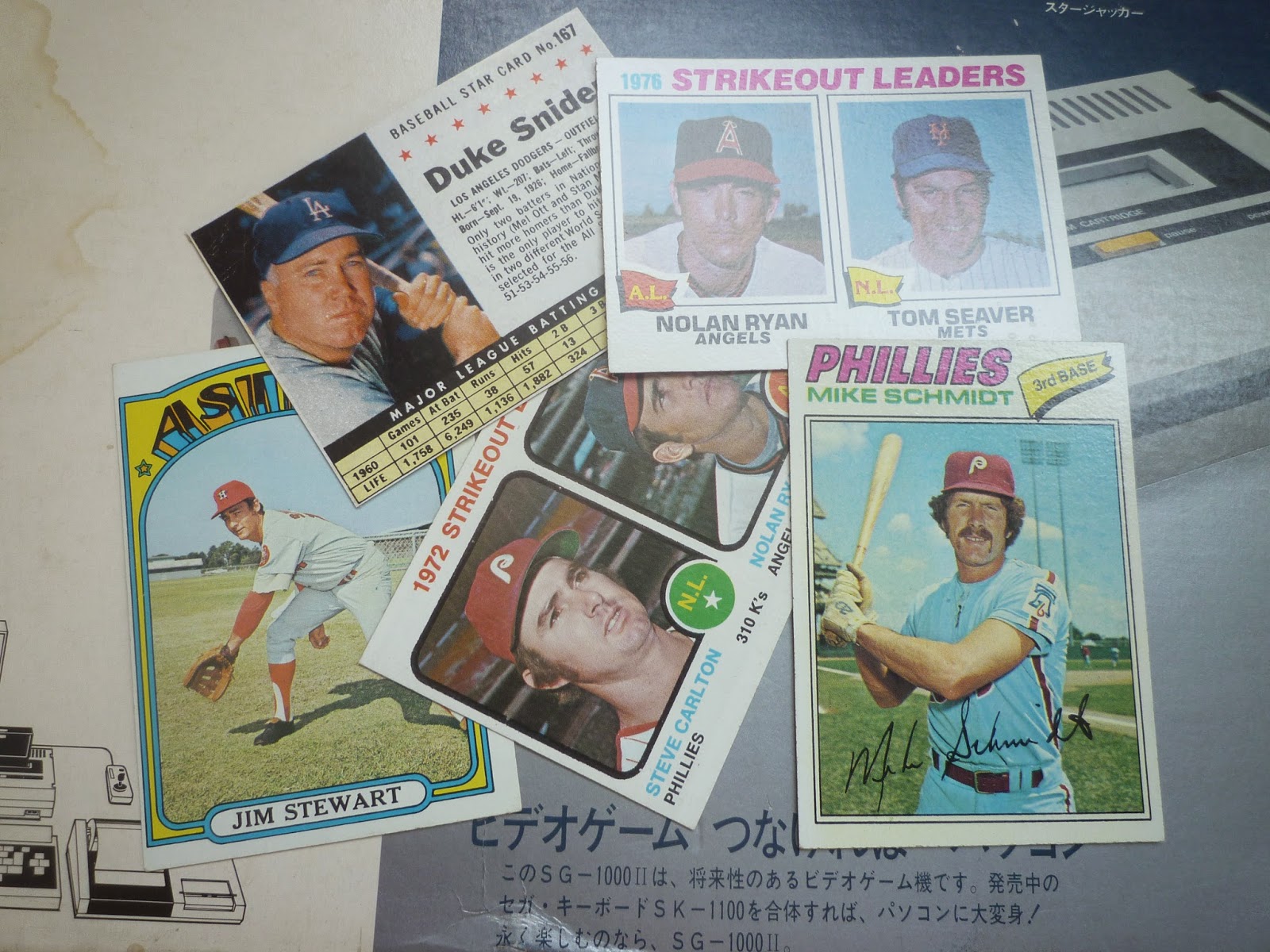 Its was a pretty good deal.  Four of the cards are of pretty big name hall of famers and the fifth is a 1972 Topps High number that I needed for my set.

This 1977 Topps is one of the better Mike Schmidt cards in my collection.  Gotta love that moustache. This Duke Snider from the 1961 Post set was my favorite of the lot.  I like those old Post cards, they remind me a lot of the Kraft Dinner cards that I cut off the bottom of boxes in the 1980s.  Except the Post cards are nicer - Kraft Dinner cheaped out and didn`t get the license from MLB to use the team logos so everyone has an airbrushed cap.  Post went all the way though and actually made sure the LA was on Snider`s cap: 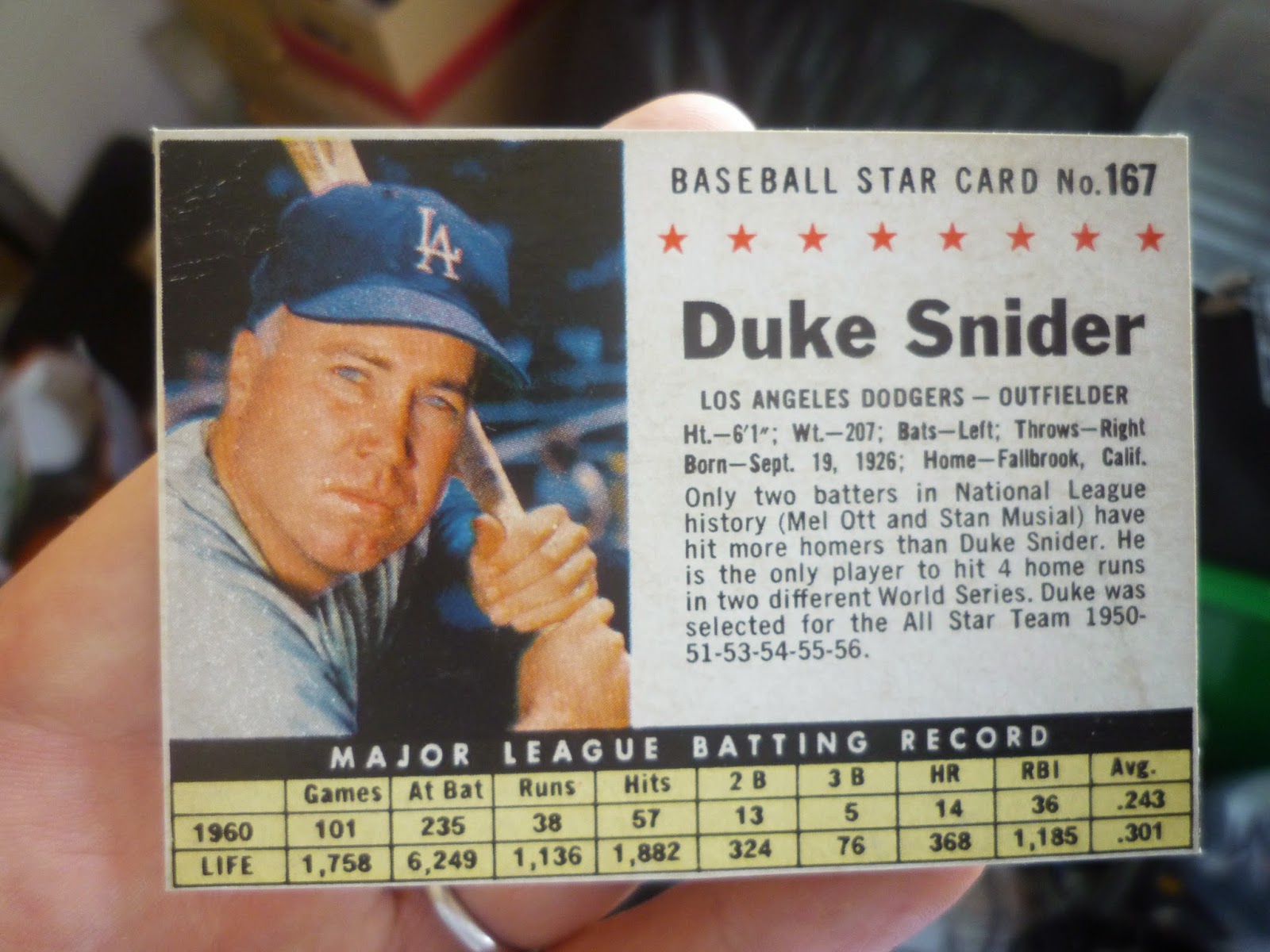 I also got a couple of league leader cards featuring Nolan Ryan along with Steve Carlton (1973) and Tom Seaver (1977).  I love the 77 Ryan/ Seaver Strikeout Leaders card mainly for the contrast in the looks on their faces.  Seaver looks like he just told Ryan he was going to steal his girlfriend and now he is giggling about it while Ryan just looks kind of annoyed.  Classic card. 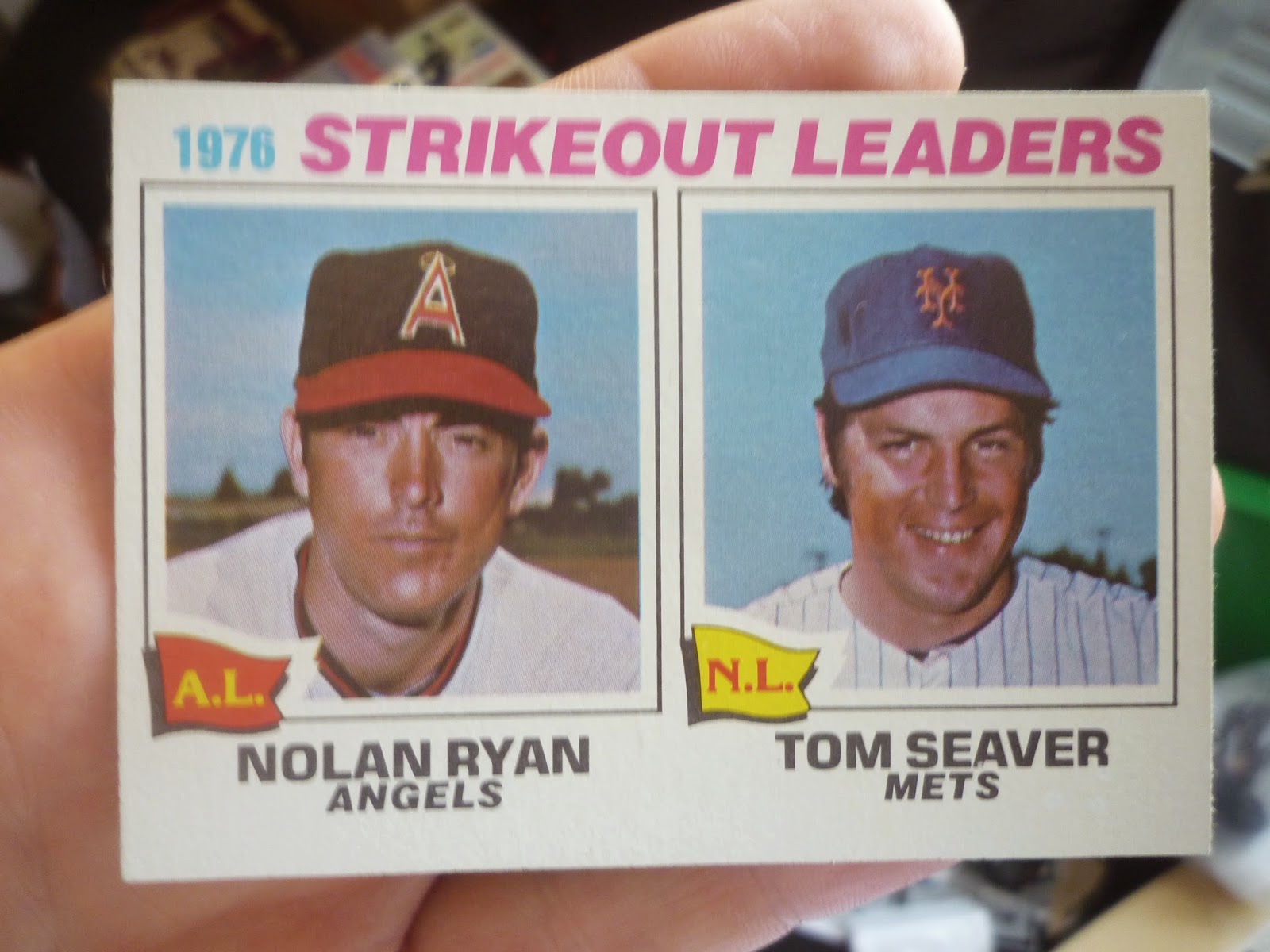 A prety good haul considering how little I paid.
Posted by Sean at 10:37 PM