This is the first time I have ever done it, I am proud to report.  I have succesfully completed the 1st series of 2014 Calbees!  Well, everything except the star cards, which I still need a few of.  Still, pretty neat, eh? 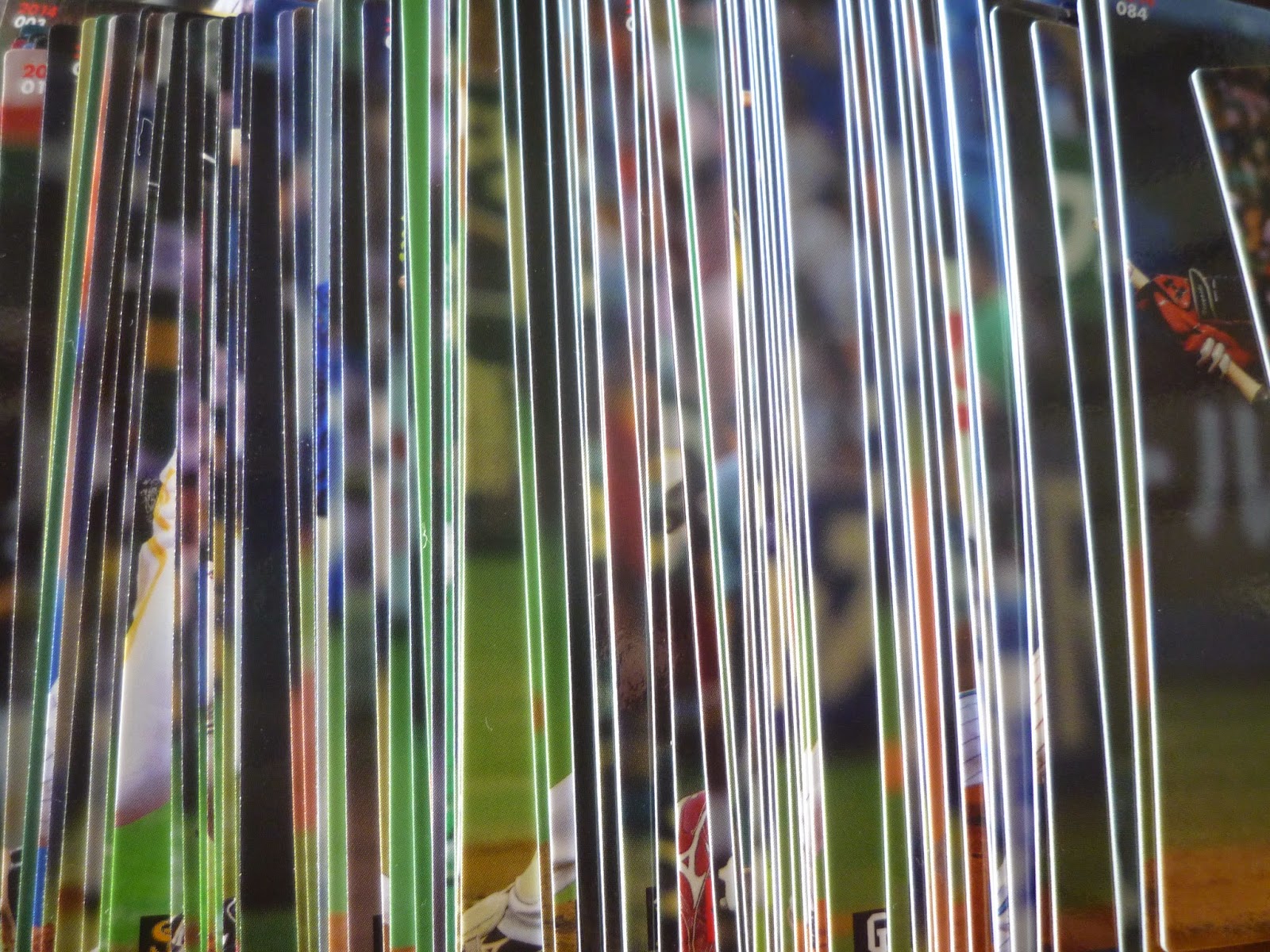 I`d like to say that I did this bag by bag, but I have to admit to cheating on this one.  There was a pretty big lot of 2014 Calbees that I snared on Yahoo Auctions last week which, in fact, contained almost the whole set by itself.  With the cards I already had from buying bags I was able to fill in the holes and complete it though! 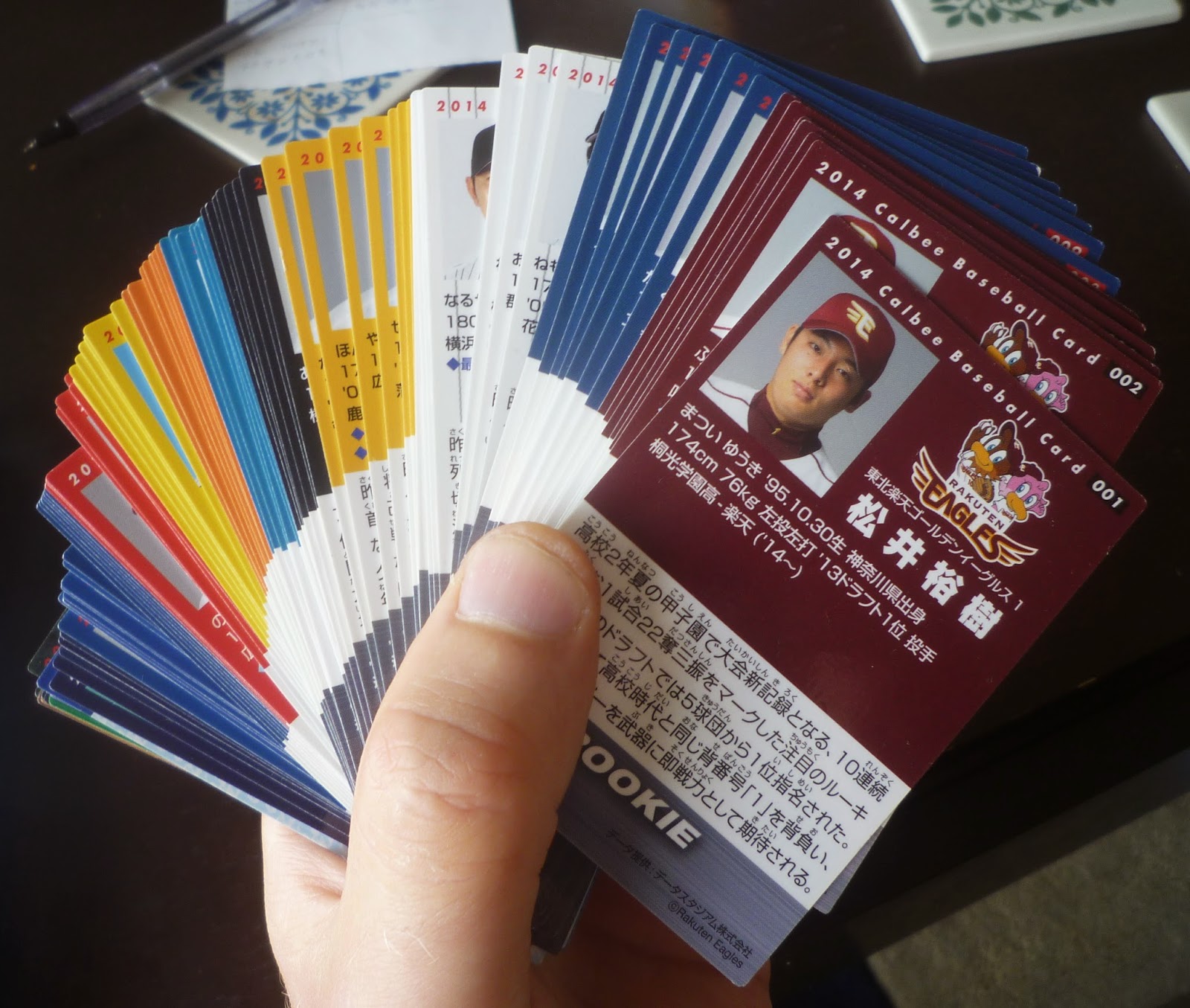 I was actually kind of surprised that I won the lot for only 600 yen plus shipping, given that there were 80 cards in it, which represented about 4,000 yen worth of chips.  There weren`t any star cards in the lot, which is why I still a need a few of those. I`m not hugely into the star cards anyway so I don`t really mind.

Series 2 has also been officially released but as with last year, I have yet to find any bags in stores, most of which in my area are still stocking series 1.  Hopefully I will start to see them soon and maybe 2014 will mark the first year that I have ever completed an entire series of Calbee!