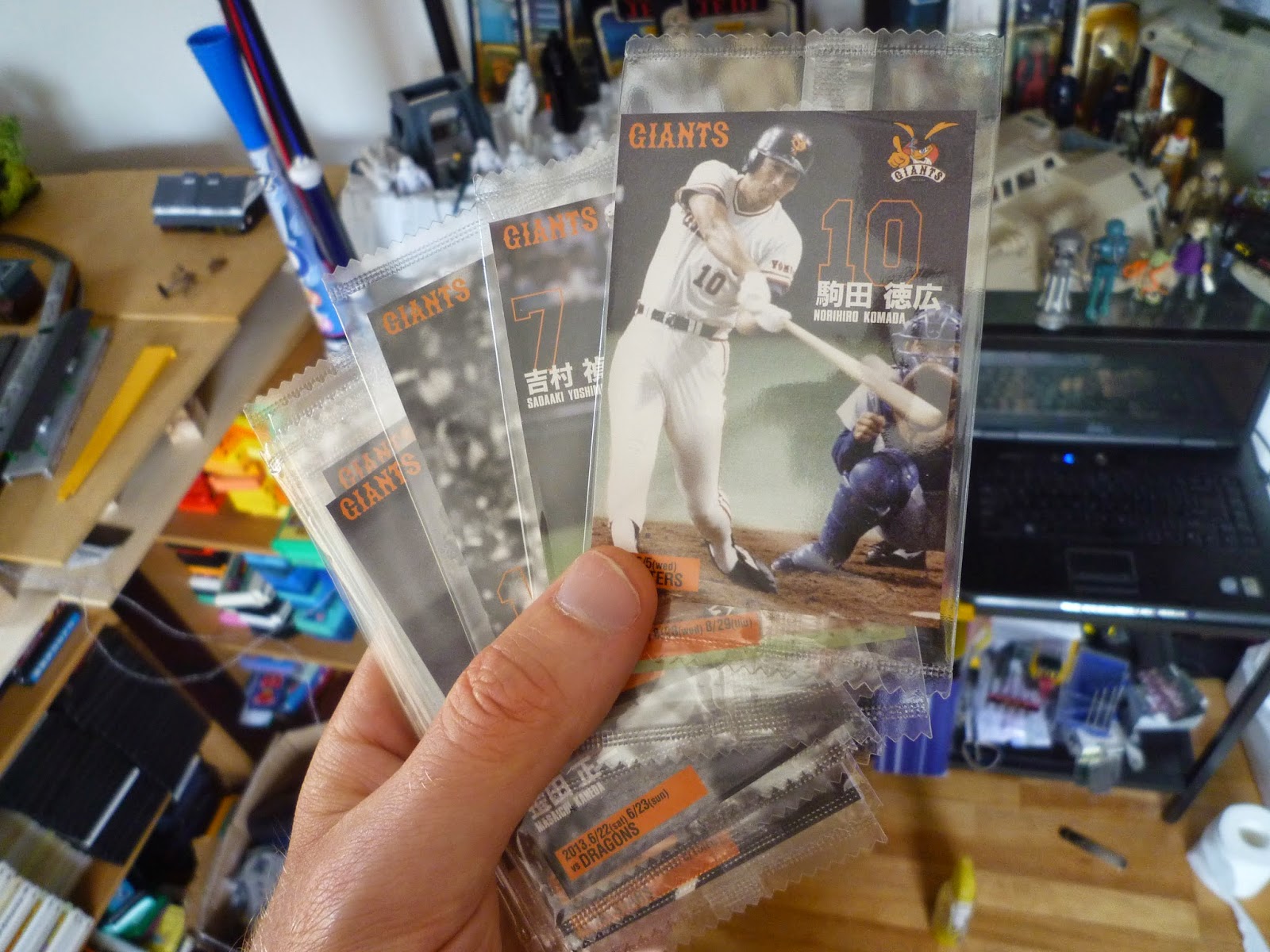 I came into work the other day and found the above pile of baseball cards lying on my desk with a note from one of my co-workers.

These are team issued cards produced by the Giants last year.  They were given out as a promotion at games, each card has the date and name of the opponent they were playing on the day the card was given out: 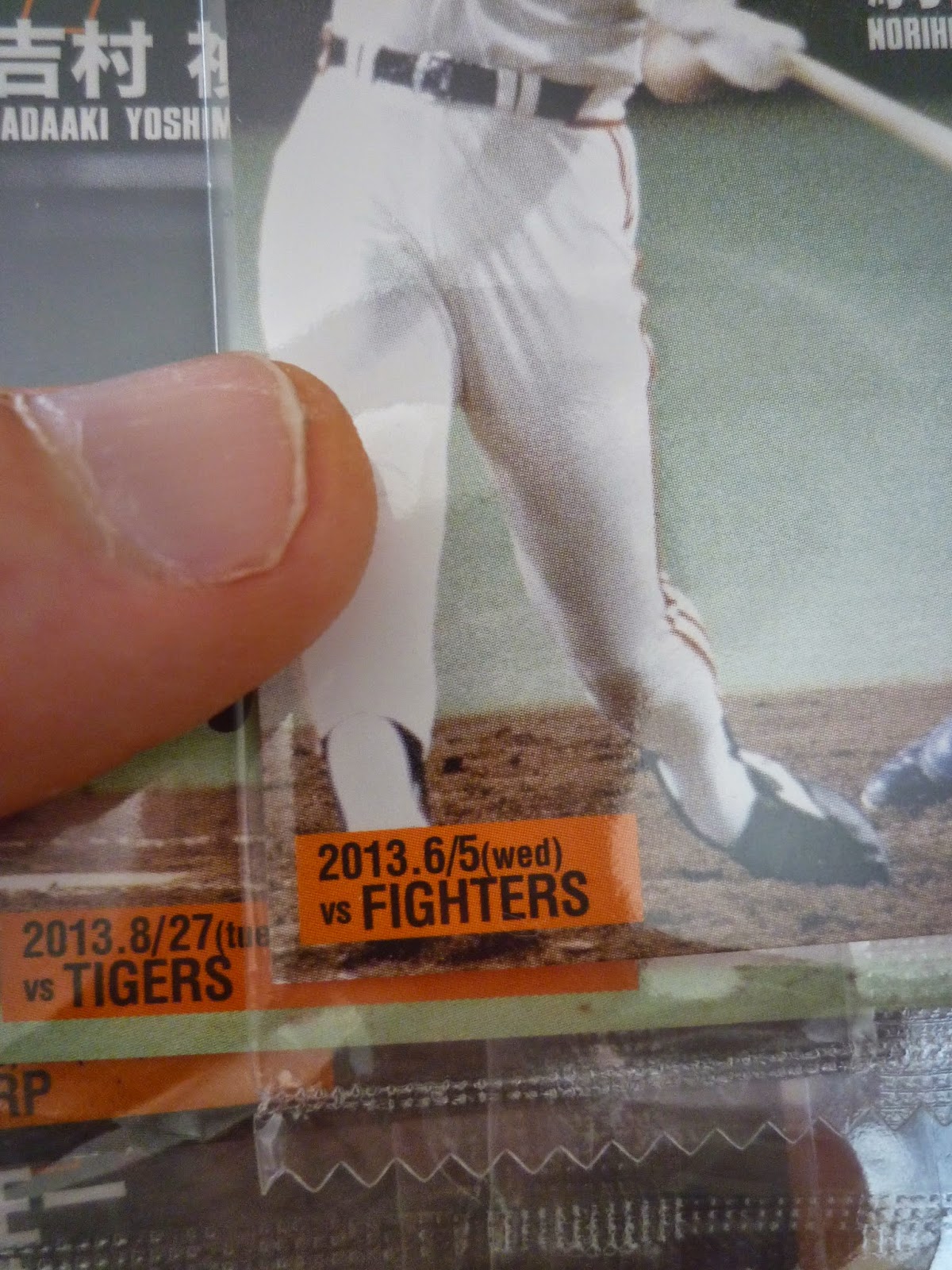 I have a pile of 10 of them, not quite the whole set.  The interesting thing about these is perhaps less the cards themselves than where I got them.  The co-worker who gave them to me is actually the wife of a former Giants pitcher who still works for the team.  He played for them for two seasons in the late 80s (he also pitched for the ni gun team for a few years) and, as a career highlight, struck out Randy Bass at one point.

According to my co-worker, the Giants had more cards than they needed and somehow they all ended up on his desk, so he gave her a few to give to me.  Which is pretty cool - cards right from the source!
Posted by Sean at 7:15 AM

Email ThisBlogThis!Share to TwitterShare to FacebookShare to Pinterest
Labels: Giants