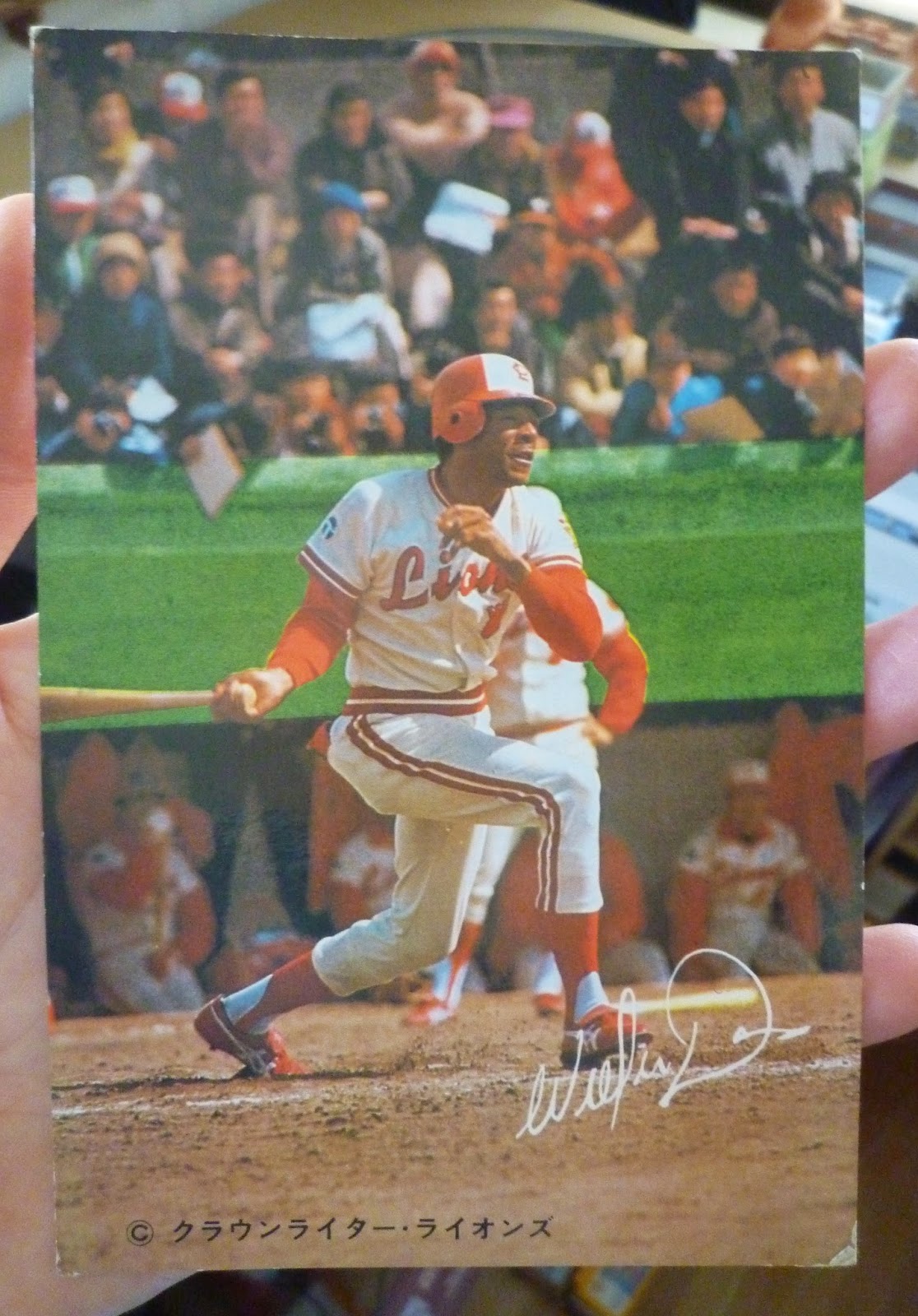 I got really lucky on Yahoo Auctions last week, winning an uncontested auction for this beautiful Willie Davis Yamakatsu card for just 300 yen (plus 82 yen shipping)!

I have been wanting a Japanese Willie Davis card for a long time and this one is perfect.  The photograph is fantastic, with a wonderful balance of color and Willie in action with the now defunct Crown Fighter Lions.  Actually, I have been to the exact location where this photo would have been taken, the site of Fukuoka`s old baseball stadium.  It was torn down in the 1990s when they opened the Fukuoka (now Yahoo) Dome, but the site (which is actually within the walls of Fukuoka castle) remains vacant as they do some archeological research on it. 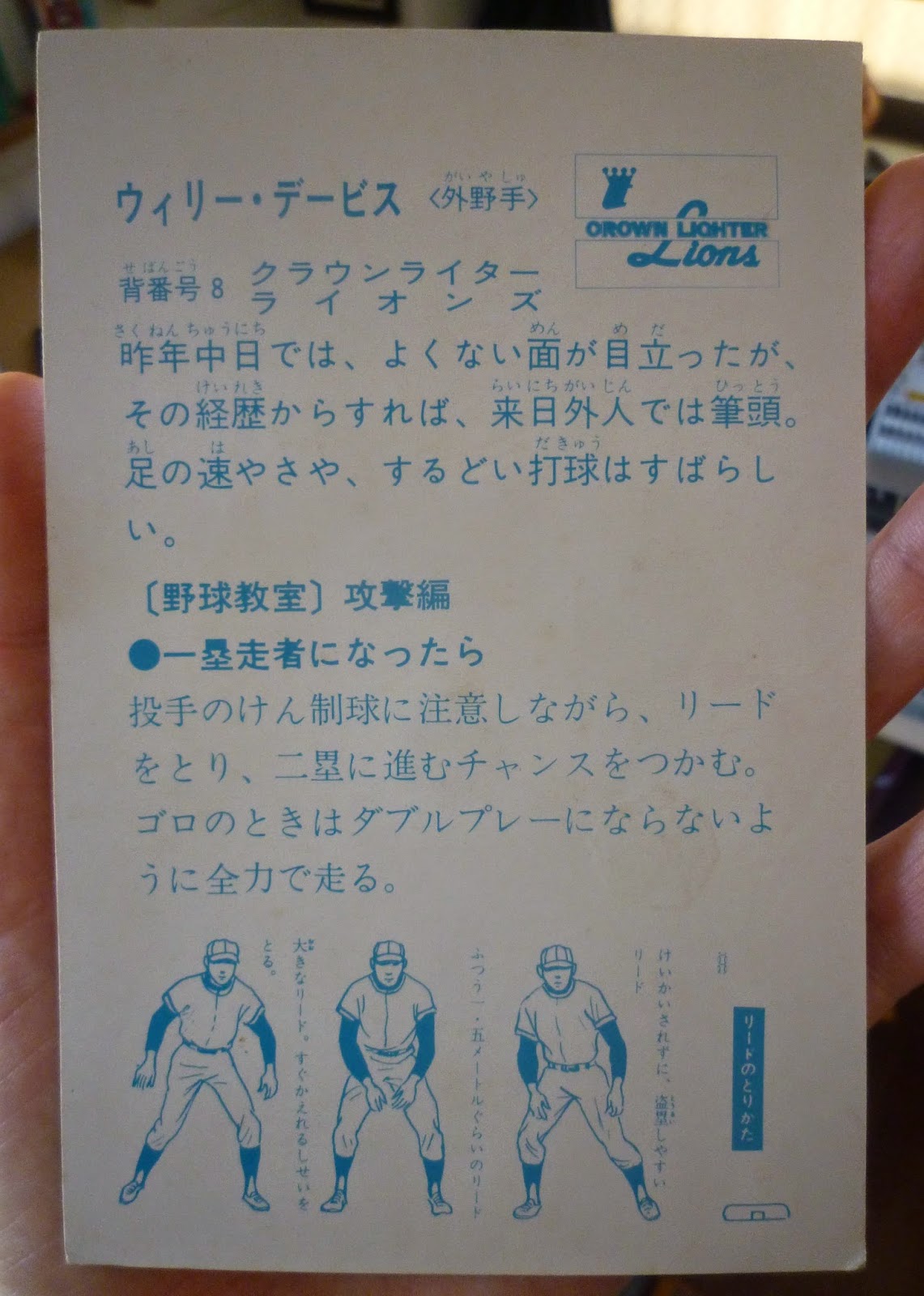 Anyway, Willie Davis is probably one of the best former MLB players to have played in Japan.  Not quite a hall of famer, but  along with Reggie Smith, Clete Boyer and Andrew Jones he is one of those solid Hall of Very-Gooders who have graced these shores with his bat. Robert Whiting devotes a fair bit of space in You Gotta Have Wa to him, mostly focusing on the cross-cultural havoc he wreaked on the Dragons during his first year in Japan.

I say I was really lucky to get this for 300 yen because the other copy of it I found when looking for his cards was this one, the exact same card, going for 18,000 yen.  Mine is about in vg condition with some corner wear, but the discrepancy in price is pretty incredible.  Not sure if that is the market value of this card or that guy is just trying to sucker someone, but anyway, I`m really glad to have added this to my collection.
Posted by Sean at 7:00 PM