Early Christmas Present to Me 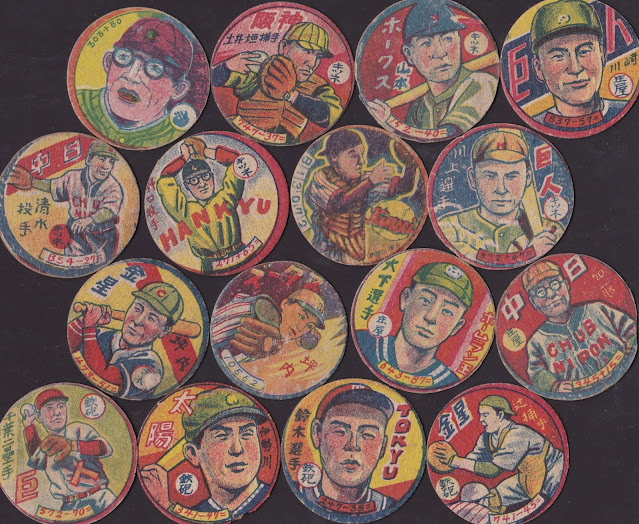 I picked up the above lot of baseball menko off of Yahoo Auctions last week.  Its an early Christmas present for myself.  I haven't been posting much lately since work has been extremely busy, but thought I'd do at least one last post for 2020 before it finally comes to an end.

Most of these cards are from the 1947 JRM 22 set.  There are 16 cards in that set and this lot I bought contains 13 of them.  Adding those to the ones I already have, I now have that set completed!  Its the first hard to find 1940s menko set I've completed by hand so its a cool accomplishment (if I do say so myself).

One of the other three cards is this one, featuring Masumi Isegawa of the Kinsei Stars who had a long (1940 to 1957) if unspectacular career as a catcher for several teams. 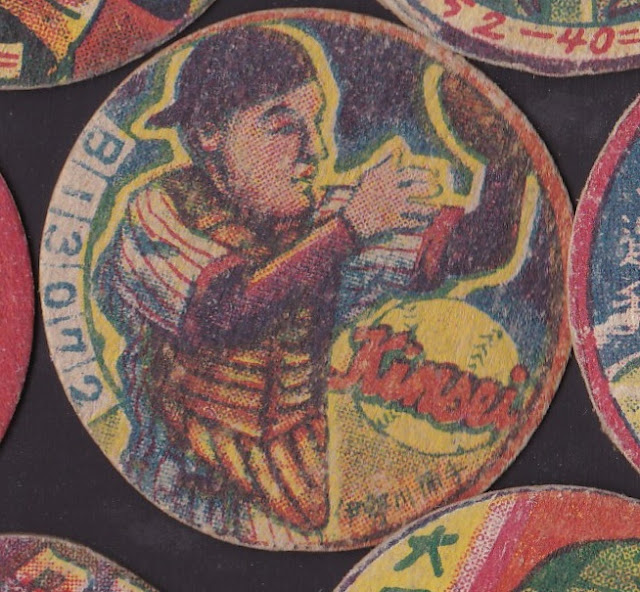 The card is interesting because I think it is from an uncatalogued set and thus constitutes another new discovery.  I haven't seen any other sets with the number in blocks as it is on the left side of this card before, or with the team name written in Romaji in that style.  The Stars only went by the name "Kinsei" (which means "gold star") for two years, so this card was likely released in either 1947 or 1948.

In case this does end up being my last post of the year, hope you all have a Merry Christmas and happy new year.  May 2021 be a better year than 2020!