One of these cards is not like the others 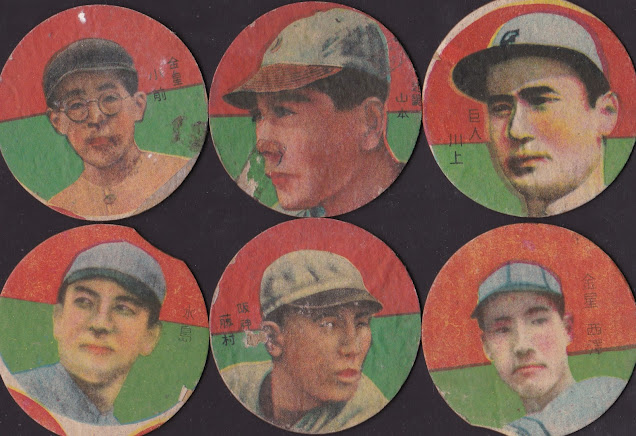 There has been so little of note happening in the news over the past three days that I thought I'd distract you all with another blog post to help you deal with the unrelenting boredom of nothing of any interest or consequence whatsoever consuming everyone's attention day in and day out since Tuesday.

So let me try to dazzle you out of your complete and utter state of boredom.  I have a little collection of cards from the 1947 set Engel catalogues as JRM 1a.  There are only 8 cards total in the set and I have 6, so I'm close to completing it, though mine are pretty low grade.  It contains several Hall of Famers from the early post war period like Tetsuharu Kawakami and Michio Nishizawa, both of which I have.

Interestingly though of the six cards I have featuring baseball players, one of them does not feature a baseball player. The card in the lower left is of Michitaro Mizushima, a very famous actor who, as far as I can tell, never played baseball (or at least never professionally). 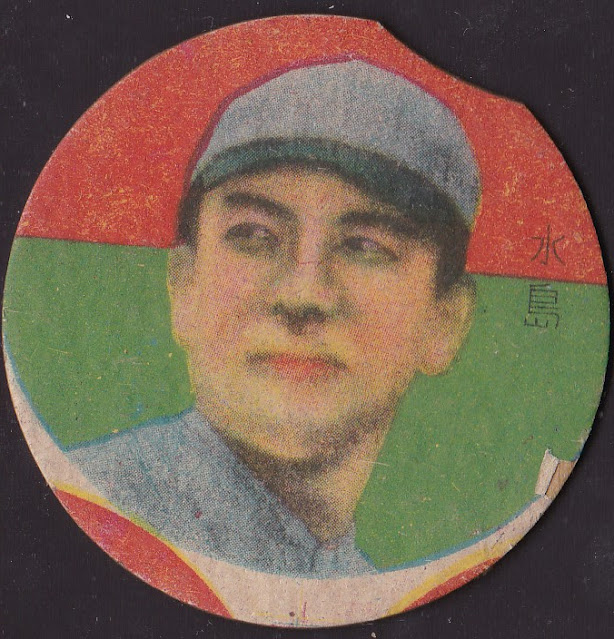 I'm impressed with Engel's work in figuring out who that was, all he had to go on was the name "Mizushima" which is a fairly common one in Japan.

During Mizushima's career, which began in 1925 and lasted into the 1990s (he passed away in 1999), he appeared in a lot of movies.  I've been trying to figure out where the image for this card came from but am drawing a blank.  He appeared in a few movies in the 1940s but none of them seem to have featured baseball (though on a lot there isn't much info available).  Later in his career he also appeared on TV, but in 1947 there weren't any TV shows to appear on.

So it remains a bit of a mystery why he appears on this card in a baseball uniform.

Sorry, that is all I got, and I may have oversold it by saying I would "dazzle" you, but I hope it has at least helped to distract you from the overwhelming boredom and tedium of nothing at all of interest being played out in agonizingly slow motion on every TV channel the world over for the past three days.