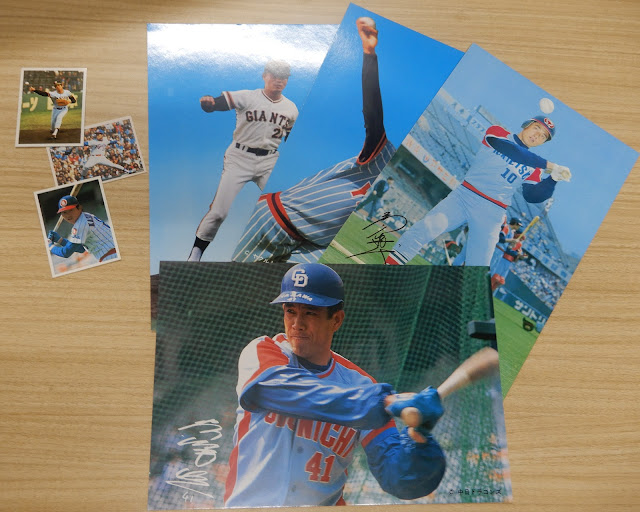 I got something new in the mail the other day:  4 of the big sized Yamakatsu DX cards from the 70s.You can read up a bit more about these sets on Dave's post here from a few years ago.  As you can see from the above photo, with some 1979 Yamakatsu cards for reference, they are pretty huge. 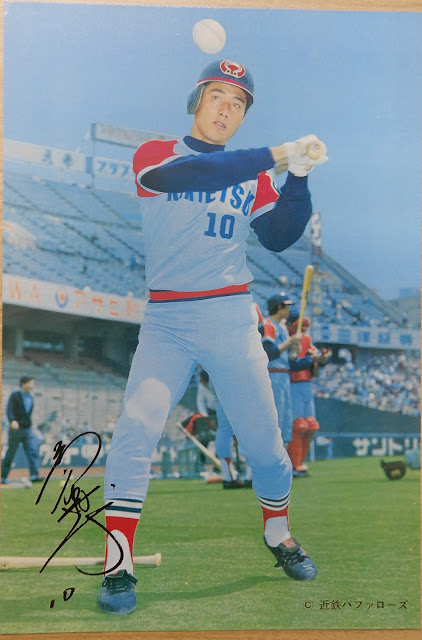 This card of Chunichi's Yazawa Kenichi, a member of the 2000 hit club, is also pretty cool.  I note that there are several different Yamakatsu cards of several different Chunichi players spread across several different sets which feature them batting in front of the same green netting.  I'm not sure why but it kind of works as a backdrop. 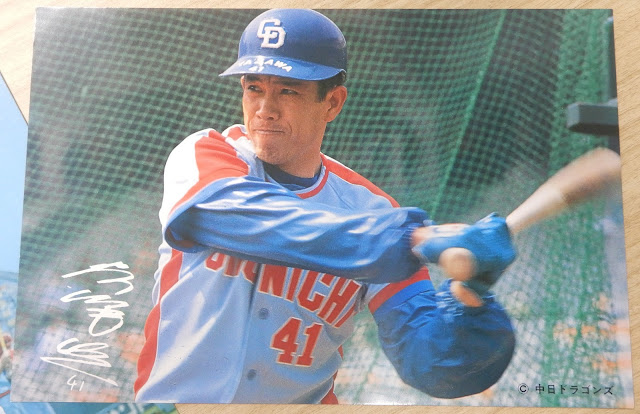 The other two cards feature my least favorite aspect of some Yamakatsu cards from the 70s: the background having been cropped out and replaced with a boring blue (or sometimes green) backdrop.  I have no idea why Yamakatsu did this (seems about 1 in 5 or so of their cards from this era feature this) but it give the cards a very boring and generic feeling. It reminds me a bit of the 1958 Topps set which did the same, resulting in a truly boring set. 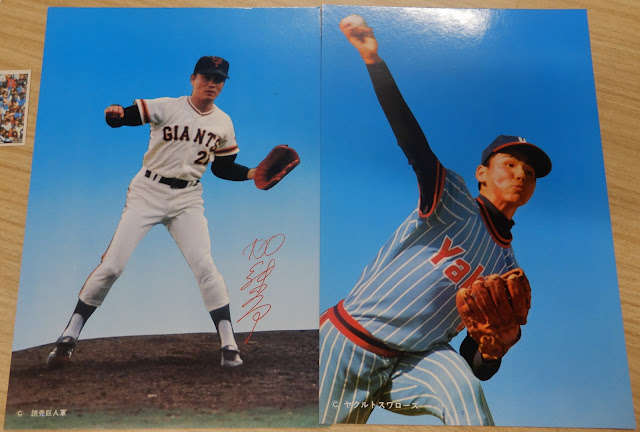 Otherwise though I think these are pretty cool cards.  Of course they are a double edged sword:  on the one hand they are great display pieces (at least the ones without the boring blue background) given their size.  On the other hand they are a huge pain to store!  I've already dinged the corners on two of them!
Posted by Sean at 8:55 PM