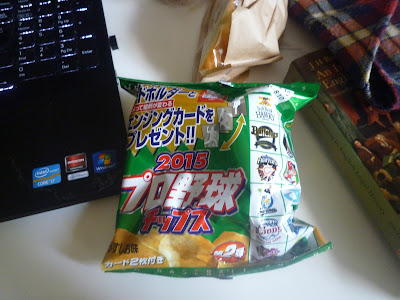 It has been a few months since my last post, which is unusual given that it is the middle of the baseball season which usually coincides with my peak collecting time in any year.

All I can say is that it is true what they say about parenthood - being a father becomes your only hobby because it kills all the others.  I have a 10 month old at home who can now move around and get himself into all sorts of mischief (I mean that in both an endearing and a "Oh my god, that is so dangerous stop that right now" sort of way) so pretty much every minute of my day is either spent at work or at home with him.

I did just manage to pick up my first bag of Calbee Series 2 though so I thought I would do a quick post about them here during my lunch break as I eat the chips. 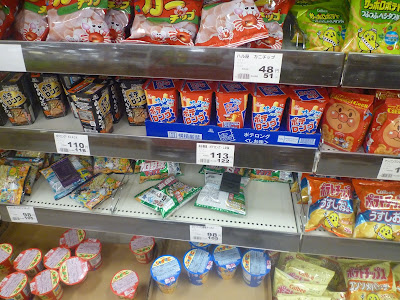 As usual the stores seem to be stocking bags of Series 2 way later than the official release date provided by Calbee, it is almost September already but its only in the past week or two that these have started to appear on most store shelves here in Nagoya.

The bags are green.  They pretty much look like every other bag of Calbee chips released in the past 15 years or so. 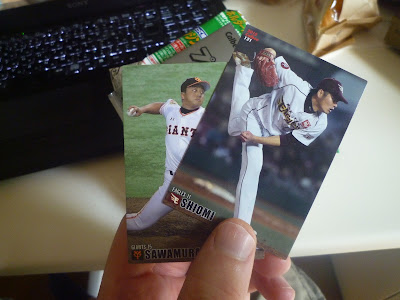 OK, not exactly the best cards I could have gotten but since they are the first they are both on my want list so I cannot complain.

I definitely won't have the time to be going to shops buying these very often so I'll probably just get the odd bag at lunch rather than trying to put the full set together (a job I will likely delegate to Yahoo Auctions).  Still, it wouldn't seem like a proper summer without getting some bags of these chips so I am glad to have found them.

Email ThisBlogThis!Share to TwitterShare to FacebookShare to Pinterest
Labels: 2015 Calbee