The Odd Market for Tobacco Cards 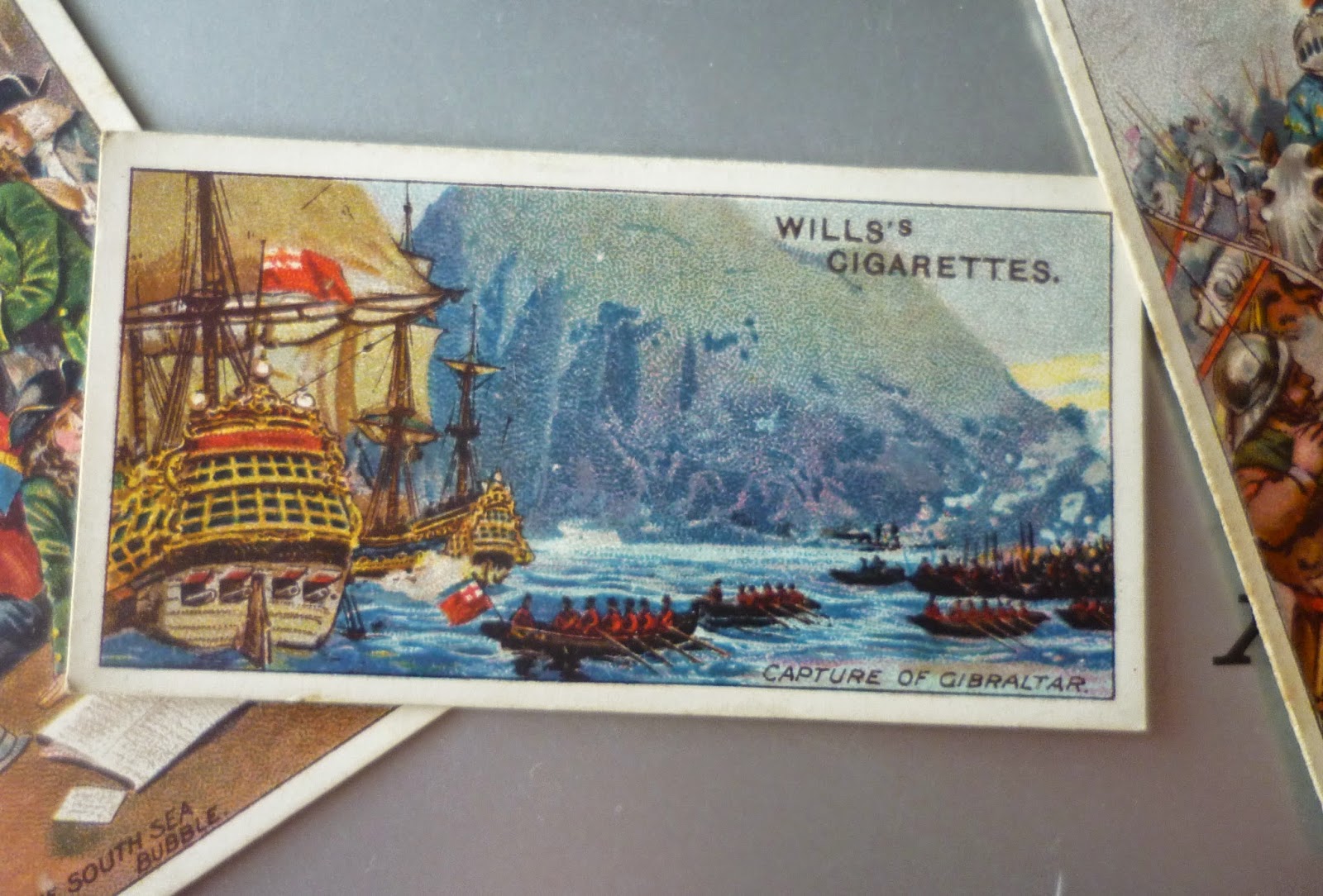 One of my side collections is pre-war tobacco cards.  I have quite a few sets, none of them baseball cards though.  I love the variety of subjects - ships, trains, historical figures, movie stars, airplanes and so on.  There are a ton of themes that appeal to me and the artwork on a lot of them is really impressive.

The other thing I like about them is how cheap they are.  For example, I just picked up a set issued by Wills called Historic Events off of Ebay.  It has 50 cards (mine in about vg-ex condition) featuring some epically beautiful scenes, like the capture of Gibraltar (pictured above) or Napoleon on the Bellerephon (the ship that carried him to captivity after Waterloo). 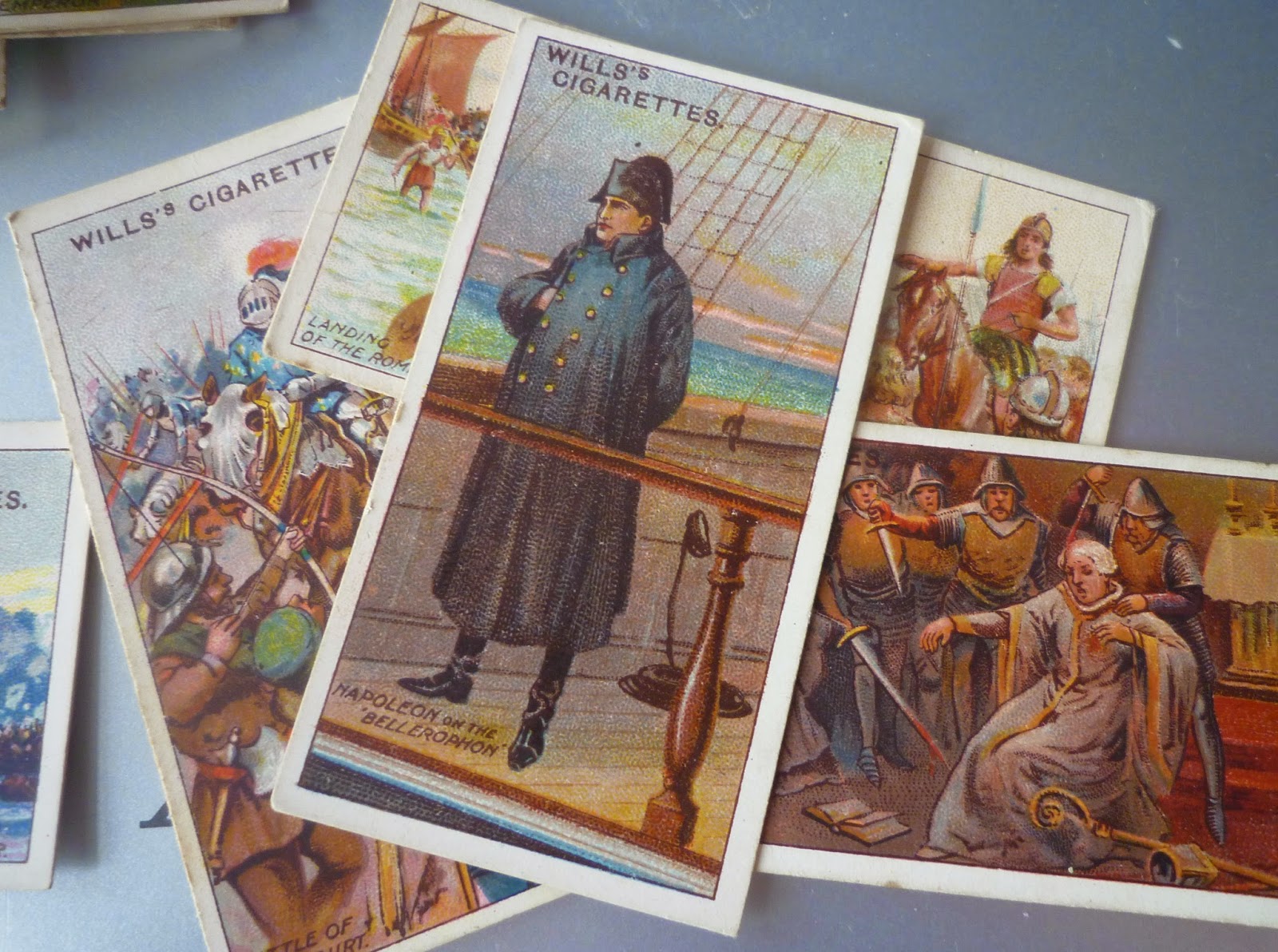 The rest are pretty cool too.  The set is over 100 years old, having been issued in 1913 (the last historic event it records was the funeral of Edward VII, 3 years earlier). 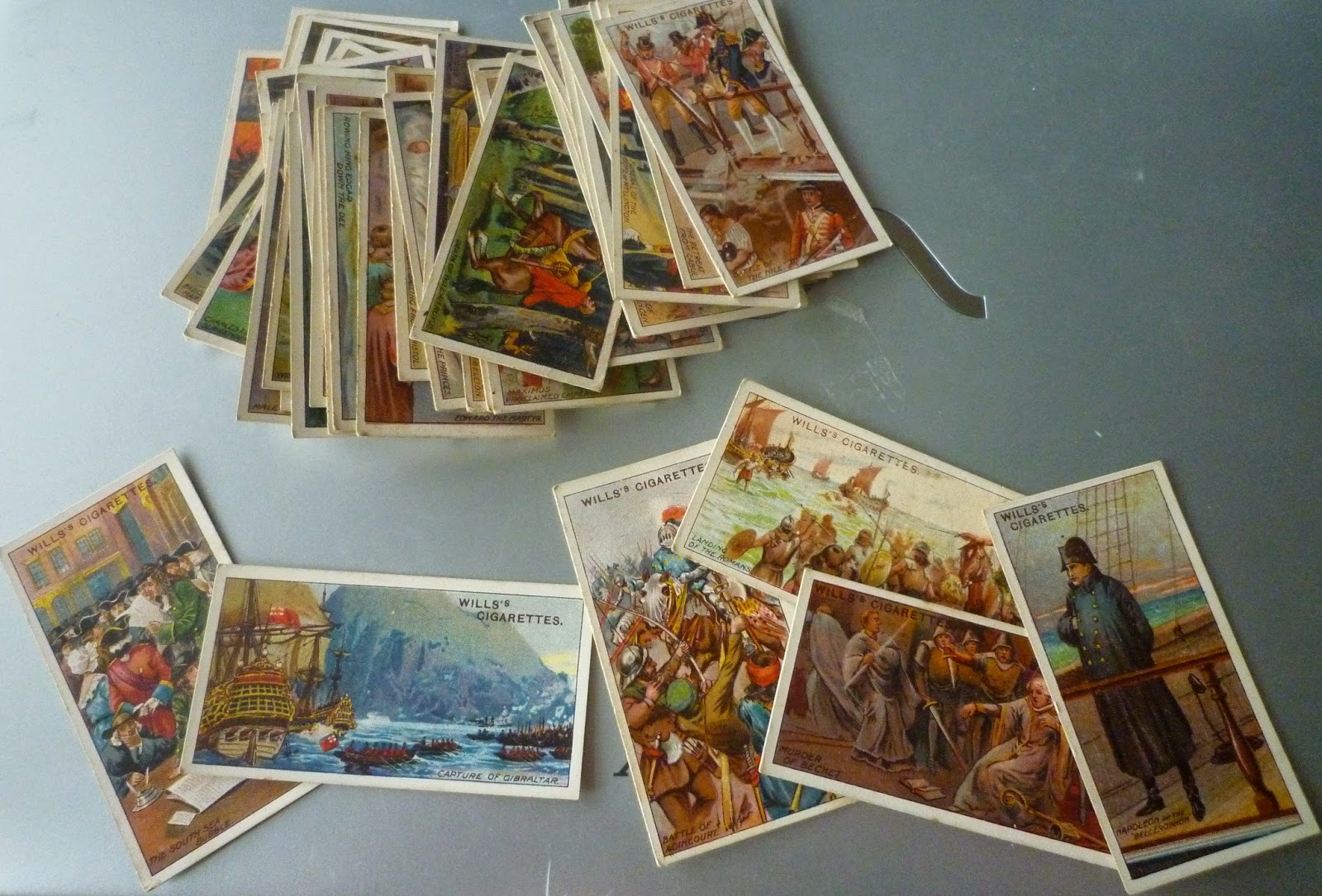 The complete set, including shipping, cost me a grand total of $15 off of Ebay.

That is pretty crazy cheap and explains why I don`t collect baseball tobacco cards: they are ridiculously overpriced.  15$ won`t even get you a poor condition common from the T-206 set, which was issued about the same time and is equally common.

This is one of those odd things about baseball tobacco cards.  They straddle two hobbies with completely different markets.  Tobacco card collecting hasn`t gone through anywhere near the type of bubble that baseball cards have, so all of them except the ones featuring baseball players are incredibly cheap.  Even the cool ones featuring movie stars: 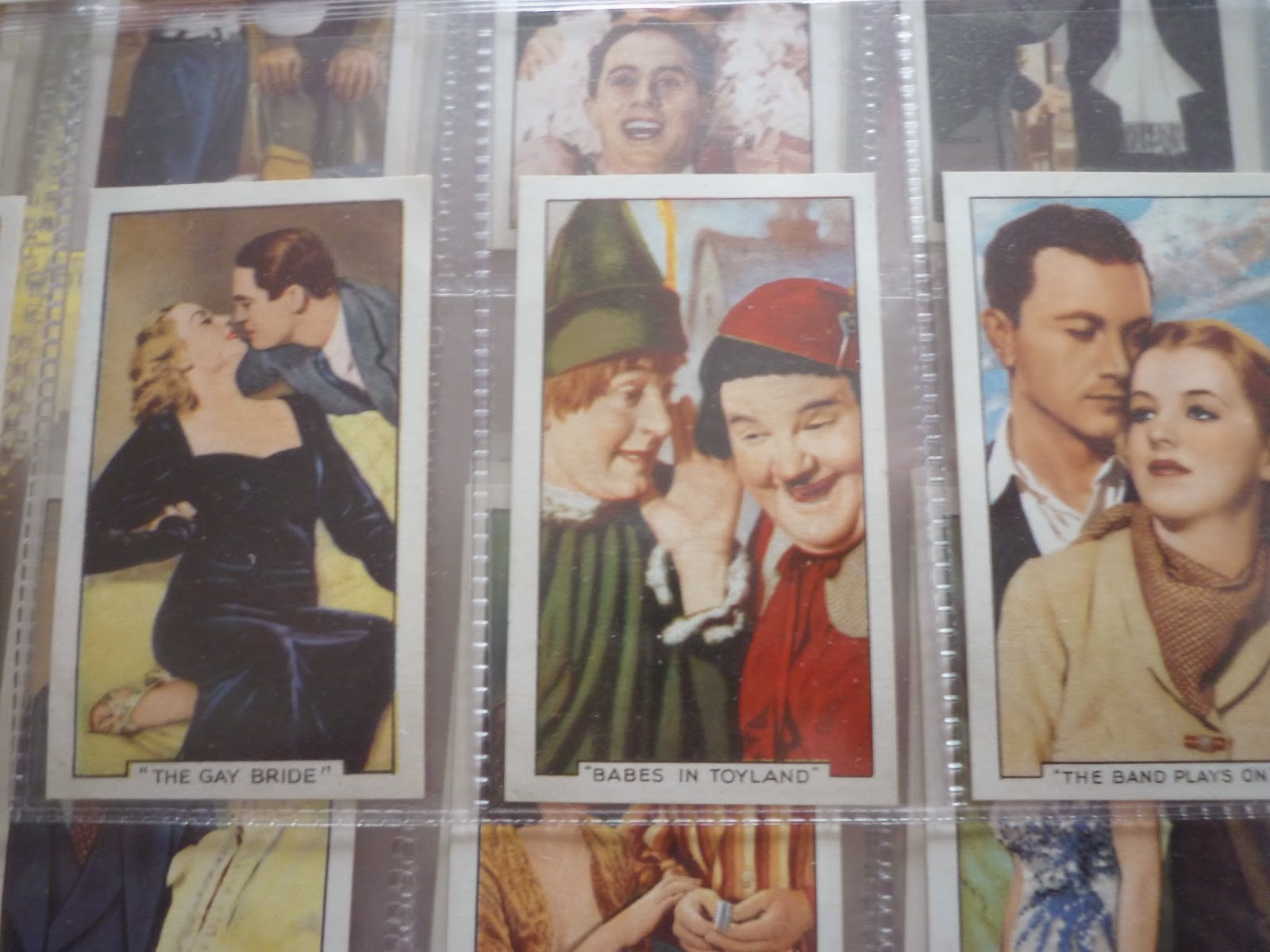 Or Merchant ships from the 1920s (also by Wills.  It is my personal favorite set from my collection, every single one of them looks majestic, a word I normally avoid using like the plague): 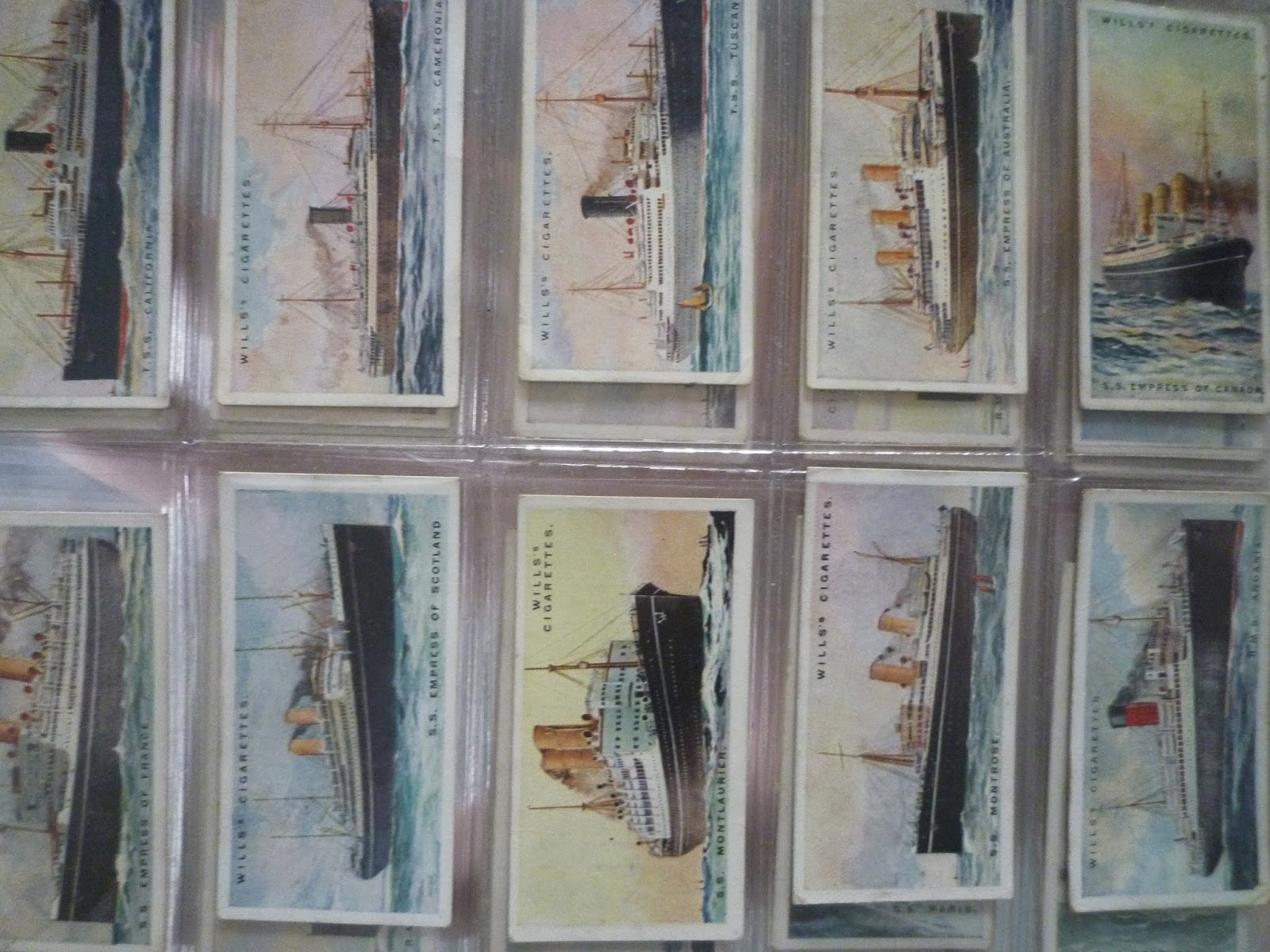 You can pretty much get the entire set for less than what a single common baseball player card goes for.

It is kind of an odd thing, given that as cultural icons baseball players don`t have much more command over our imaginations than most of the other subject featured on other tobacco card sets (with a few exceptions like the set entitled `garden hints`).  It can only be explained by the fact that baseball card collecting took off after the war while merchant ship card collecting didn`t.  So old baseball tobacco cards follow the baseball card market rules while everything else follows the much more sensible, and accessible, tobacco card market rules.  I much prefer the latter, despite being a massive baseball fan.
Posted by Sean at 3:37 AM