I missed out on winning a pretty cool thing on Yahoo Auctions yesterday.  It is an uncut proof sheet of 1991 Calbee baseball cards.  I've never seen anything like this before. 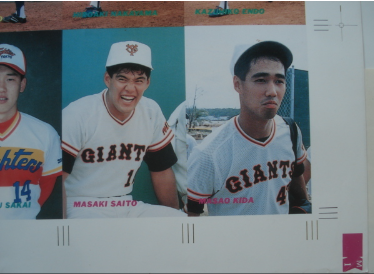 This isn't an uncut sheet of 1991 Calbee cards that were released in packs, but rather a test sheet that was used in their development. 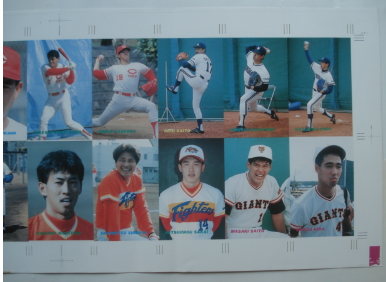 According to the seller (I haven't checked) some of the cards were not actually released, including Tsunemi Tsuda's (which has a photo of someone else on it) and also Takeshi Kobayakawa, whose name is mis-spelled Kobaykawa on the front: 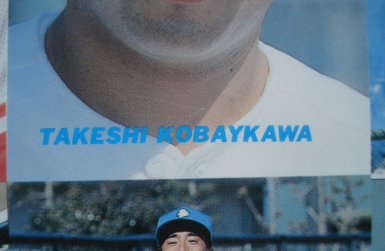 This was one of those "things I didn't even know I wanted until I saw it, then I wanted it a lot".  I put a bid on really having no idea what this thing was worth or if it would get much traction.  In the end it sold for 36,500 Yen, which at today's exchange rate I think works out to about $2.47 US.  That was about triple my high bid, so I had to drop out.  I thought it was  a pretty neat thing though.  I'd say I was now looking for more, but this might have been a one of a kind thing so perhaps that boat has sailed!

Email ThisBlogThis!Share to TwitterShare to FacebookShare to Pinterest
Labels: 1991 Calbee