The New Holy Grail of my Collection: 1974 Calbee Frank Howard 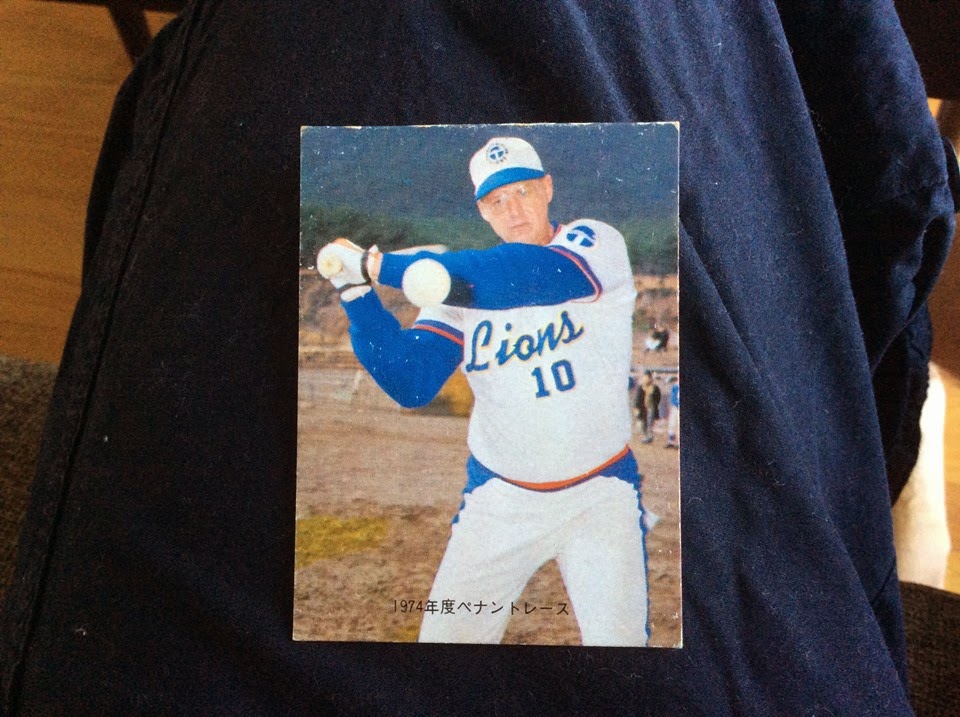 With the new season underway my enthusiasm for collecting has been taken to a higher level, buoyed in part no doubt by how well the Dragons have been doing so far.

I have made quite a few acquisitions over the past couple of weeks, mostly Calbee cards from the 1970s, and I hope I`ll have the time to do a few posts about them (I have a 6 month old son bouncing on my knee as I try to type this so spare time for blogging is in short supply these days).


This is by far the most valuable Japanese card in my collection.  Or perhaps I should say it is by far the card I have paid the most for, I`m not sure which card I own is the most `valuable` which is something hard to measure when there are so few sales out there to go on.

Anyway, NPB Card Guy did a post about Howard`s two cards from the 1974 set which is partially what got me interested in tracking one down.  1974 Calbee is one of the harder to find sets out there and it is the only one with Frank`s cards in it.  The other Howard card,#127, is the more valuable of the two and way out of my price range but this one, which Engel values at $300, was a bit more do-able.

My copy isn`t in the best of shape, which is why I was able to afford it.  I picked it up off of Yahoo Auction for about 3500 yen including shipping.  The front looks presentable but there is a heavy crease in it which you can notice on the back (which also has some tape remnants on it), which explains why I got it that cheap.  I`m not overly fussed about the condition of cards so long as the fronts look OK, so this was perfect for me.

Howard is of course one of the most famous major leaguers to ever play in NPB, having had an all star career in which he hit 382 homers.  In contrast, he may have the worst career numbers of any player in NPB history, having exactly one at-bat for the Lions in 1974 in which he struck out.  He injured himself while doing so and ended up retiring shortly thereafter.